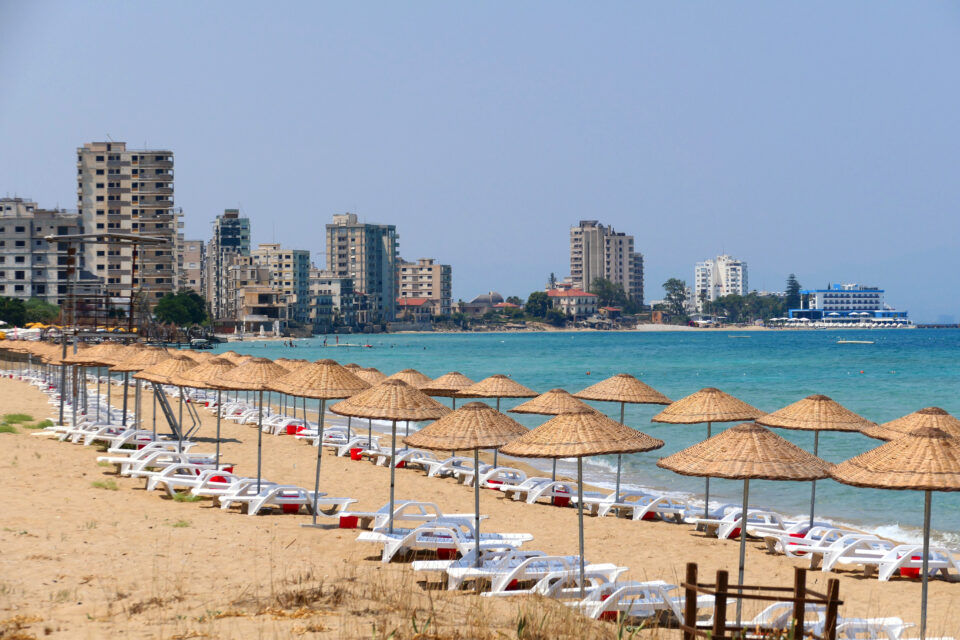 By Elias Hazou and Nick Theodoulou

Nicosia on Thursday strongly condemned the clearing of a new stretch of the beachfront at Varosha – the fenced-off part of Famagusta – vowing to alert the international community to this latest Turkish provocation.

“I have been briefed officially from those monitoring developments there…we shall not leave this new provocation to go unnoticed, and we shall make all the necessary demarches,” President Nicos Anastasiades told journalists.

He was being asked about a video doing the rounds that showed a bulldozer operating on a stretch of the beach in Varosha, while workers laid out sunbeds.

According to reports, the stretch being cleared for commercial use is around 600 metres long.

The Greek Cypriot side says any development in the area breaches UN Security Council resolutions 550 and 789, which explicitly call for Varosha to be administered by the United Nations.

Weighing in, Famagusta mayor Simos Ioannou said the international community is clearly unable to put a halt to Turkish violations in Varosha.

“Unless powerful states take the necessary steps,” he said, “Turkey will continue to fully exploit the beachfront to attract tourism.”

Ioannou opined that the US President and EU leaders must show the same sensitivity for an EU member state, the territorial integrity of which is being violated, as are the UN resolutions that were adopted many years ago and Turkey continues to flout.

“For us, it is very important, emotionally, but also politically. If the fenced-off area is completely lost, then we will have no hope for our occupied territories, and they must realise that” he said.

Famagusta municipality will send a new letter to the UN Secretary-General – the fourth since the opening of the fenced-off area. The letter will also go out the embassies of the five Permanent Members of the UN Security Council, the European Commission and the European Parliament.

In July 2021 Turkish Cypriot leader Ersin Tatar announced the partial lifting of the military status in Varosha. On October 8, 2020, the Turkish side opened part of the fenced area of Varosha, following an announcement made in Ankara on October 6.

Meanwhile the Turkish Cypriot leader, in an interview with Israeli state radio, said he did not rule out the possibility of a war in Cyprus.

Responding to an Israeli journalist’s question as to whether a war “between the north and south” was possible some 50 years after 1974, Tatar commented: “Everything is possible.”

He went on to say: “Look at what is happening in Ukraine. No one imagined that a war would take place so close to us, and yet it happened. Could the same thing happen here? We must be careful not to give the opportunity to different players to think that there is such a possibility, by creating appropriate conditions for this.

On the same show, he described the north’s relations with the Israeli people as “close,” but complained that Israel does not recognise the ‘Turkish Republic of Northern Cyprus’.

On the Cyprus issue, Tatar explained why he opposes reunification:

“No Turkish Cypriot will vote in favour of reunification. Efforts had been made for a number of years for a federal solution. However, we have realized that, according to the Greek Cypriots, such a solution will mean a single state sovereignty, based on which the majority will prevail over the minority and that over time the island will become more Greek.

“We do not accept this possibility,” Tatar added. “For this reason, the new policy we are pursuing now is the solution of the two states, next to each other, with their own sovereignty.”