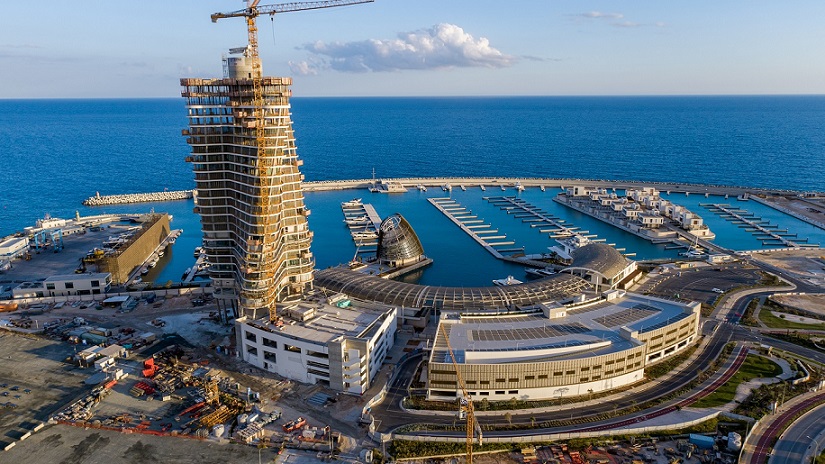 A marvel of 21st-century engineering, the twisting tower was first introduced by renowned architect Santiago Calatrava in 2005, on completion of his Twisting Torso in Malmo, Sweden. In a design feat that is as stunning as it is functional, it gives the impression the building is ‘growing’ as it twists and rises skyward. Since then, a total of 34 twisting towers (ranging from 84-632 metres in height) have been built, or are expected to be completed shortly, across 25 countries and five continents.

Cyprus now features on this enviable and exclusive list, having gained recognition for its own twisting towers at Ayia Napa Marina. Visible from both land and sea, the towers rise over 100 metres. The East Tower, located in the Ayia Napa Marina commercial village, offers a vibrant and bustling environment for its residents and visitors, while the West Tower – expected to be built at a later stage – is hidden in a more tranquil area of the development. 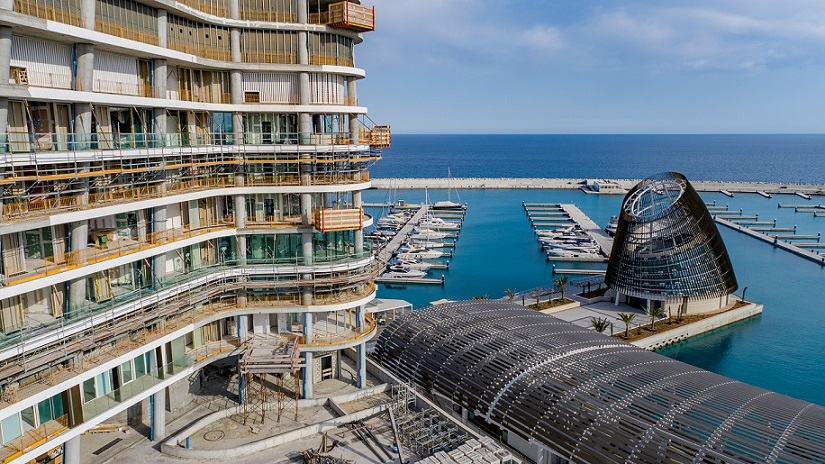 The epic project, which received a double distinction in the Mixed-Use Development and Residential High-Rise Development categories at the world-renowned European Property Awards 2021-2022, is expected to become a true focal point upon completion, both locally and across the south-eastern Mediterranean. The project design has been undertaken by the multi-award-winning SmithGroup, which boasts a long-standing presence in the world of architecture and engineering since 1918, while the development’s architecture and engineering have been carried out by the distinguished J&A Philippou.

The first (East) Tower is expected to be ready in May 2023. Rising to 110 metres – the tallest in the region – the tower reached its peak in the second week of April, on completion of its skeleton frame. Internal and external construction is ongoing.

Located in an iconic development of such magnitude, it is no surprise the East Tower attracted great interest from buyers and investors from the outset, with 90 per cent of apartments already sold. The project will contribute to the revival of the region, turning Ayia Napa into a jewel of the Eastern Mediterranean. 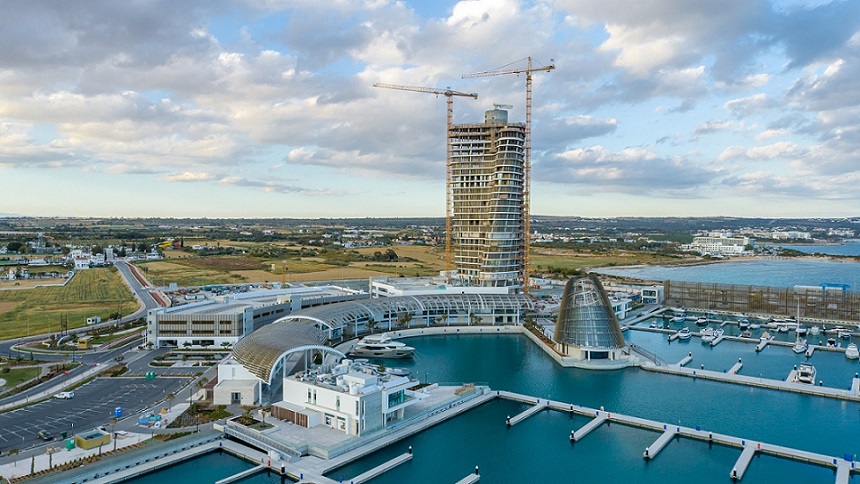 The East Tower features 95 spacious luxury one- to four-bedroom apartments and penthouse apartments on the two top floors, with panoramic 360-degree views. The apartments are uniquely shaped to ensure all living spaces, including bedrooms, are orientated towards the water and adjacent beaches. Their modern, smart open-plan design maximises daylight while taking full advantage of the magnificent views. As such, living rooms feature glass doors, specially designed to open onto and connect living areas with the covered veranda. The apartments have all been designed in accordance with premium technical specifications, drawing on the highest standards of modern architectural design, comfort, durability and functionality.

Meanwhile, residents will enjoy a wide array of services and facilities within the Tower. The third floor will feature an infinity-edge pool, cabanas and an outdoor bar, with views across the marina and the endless blue, and residents will also have access to a fully-equipped gym and a 400-sq.m spa.

Additionally, living in the heart of the commercial village, residents will benefit from lively surroundings, select shops and gourmet restaurants such as L’Atelier de Joël Robuchon, Le Deli Robuchon and Riva Beachouse, which offer high-quality services and amenities for marina dwellers and visitors.