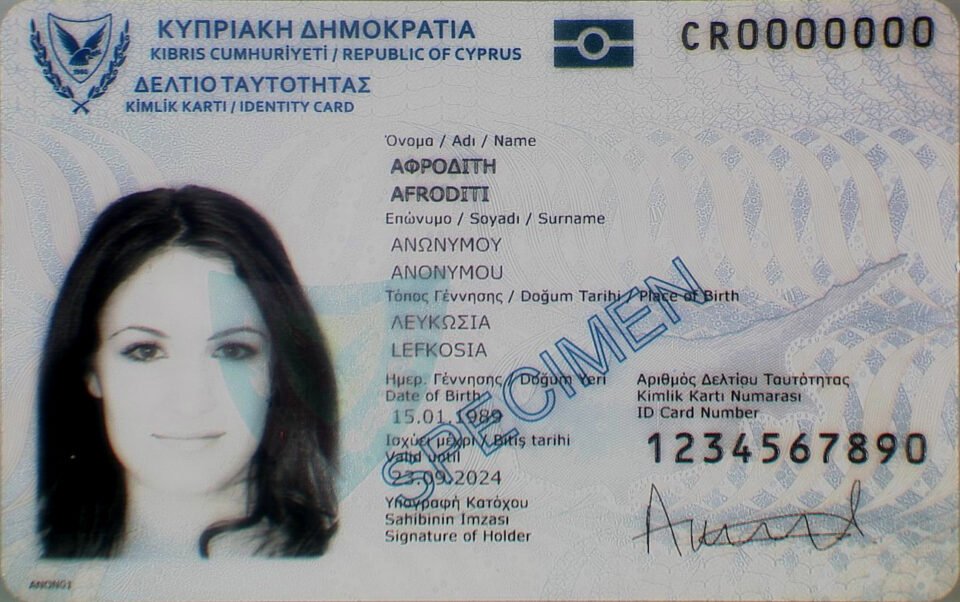 Lawmakers and competent bodies will continue discussions on the removal of the father’s and mother’s names from Cypriot ID cards on June 6, following the example of other EU countries.

Cyprus is the only country among the 26 member states of the European Union that continues to mention the parents’ names on IDs according to the Interior Ministry.

The issue, which was discussed during a House human rights committee on Monday, was initially brought forward on 2012, when a report by the Children’s rights commissioner raised concerns over the marginalisation and stigmatisation of children of unknown parents or children of single women. These might also include children of women who used a sperm donor and of lesbian women.

During the recent session, MPs called on the relevant authorities to explain why it is considered necessary in Cyprus to continue this practice.

“The reasons we heard were not satisfactory,” the committee’s chairwoman, Akel MP Irene Charalambidou said, adding that the interior ministry is expected to update parliament about the new design and cost of new ID cards on June 6.

The coming session will participate other relevant bodies, including the police, who had said parents’ names should be included in IDs to help identify people with the same name and surname.

MPs also proposed the option of having two types of IDs, one that would include the mother’s and father’s names and one without.

Other members of the committee appeared more reluctant to accept the change, saying this might harm family values.

The discussion has led to the online harassment of Disy MP Savia Orphanidou with netizens claiming she is serving personal interests as her daughter is donor conceived. Some published insults about the female MP and her one-year-old daughter.

Among them, Lawyer and UCY staff Laris Vrahimis had posted that “we are to blame that she did not have time to find a man to have a child”. His post prompted the UCY rector to issue an announcement expressing “disgust” over his “unacceptable position, explaining Vrahimis is not a permanent staff member and that his contract expires in a few days.

For her part, Orphanidou had said the mention of father’s and mother’s names “may not serve the purpose for which they were included at the time the issue was decided” while they also “create a major problem” for a proportion of children.

Speaking on behalf of her party, Orphanidou said “we stand in favour of any effort to eliminate all discrimination against children and…to defend the human rights of every child”.

Regarding identification issues, the Disy MP highlighted the need to establish a digital archive which will include residents’ data and will assist in police’s checks.