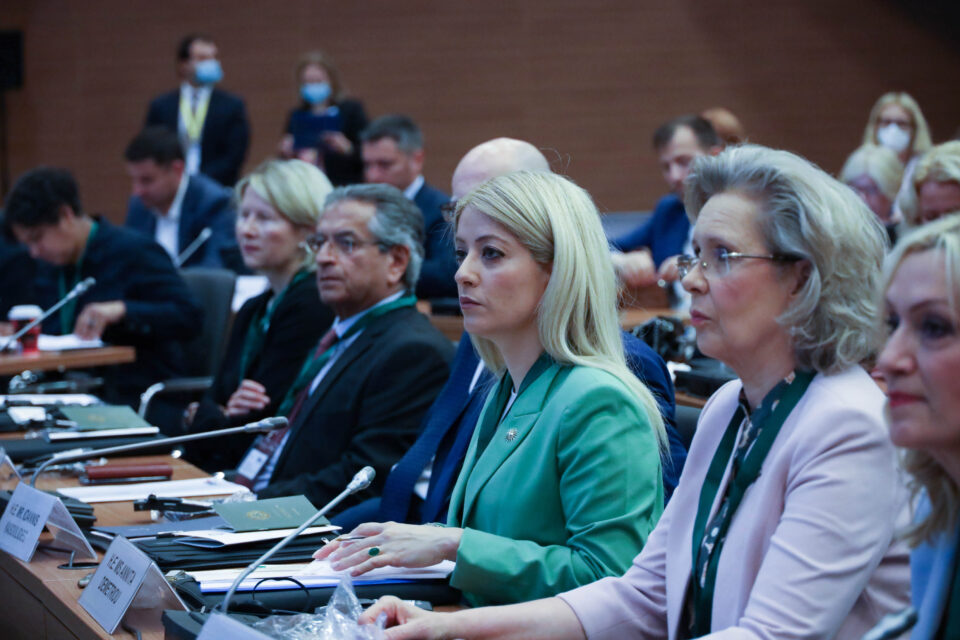 The conference on Friday (PIO)

The role of national parliaments in preventing and fighting corruption was discussed on Friday during an international conference organised in Nicosia by the House of Representatives with the support of the International Secretariat of the Osce Parliamentary Assembly (Osce PA).

In her keynote speech the Osce Special Representative on Anti-Corruption, Anita Ramasastry, spoke of ‘the new reality’ of war, climate, pandemic, and food security in the fight against corruption, adding that it is vital for parliaments to recognise the challenges of corruption, but that now war, pandemic and energy security require action.

Ramasastry said that in discussing all the other issues, issues of corruption and good governance should be part of policymaking solutions, not just a “niche” topic, “a separate debate,” noting that corruption is causing war and making it more difficult to secure peace.

Executive Secretary of the Group of States against Corruption (Greco) Hanne Juncher, said that while Greco greatly appreciates the high level of commitment of its member states, the implementation of Greco’s recommendations can be strengthened.

Meanwhile, Brigitte Strobel-Shaw, head of the corruption and economic crime branch of the UN’s Office of the High Commissioner, stressed the need to align national with international obligations.

She also said that national parliaments have a central role to play in promoting compliance and enacting legislative measures necessary to implement and monitor each country’s recommendations.

Akel MP, Irene Charalambidou, also the vice-chair of the Osce PA and special representative on anti-corruption, highlighted the role of parliaments in passing anti-corruption legislation and holding governments accountable.

Charalambidou, who organised the conference in Nicosia, also referred to the importance of national parliaments in the final control of public finances.

“There are many politicians in this room who have the power to make the change, to promote the idea and to ensure that adequate legislation is implemented,” Charalambidou said, during the opening of the conference.

Charalambidou referred to Cyprus’ negative experience with corruption, saying that it is important for national parliaments to put their house in order first.

Charalambidou highlighted her initiative to promote a Code of Conduct for members of the Osce PA as a signal of the assembly’s commitment to the anti-corruption effort.

Osce PA President Margareta Cederfelt, speaking at the opening of the conference stressed that the war on corruption is a security priority, and congratulated Charalambidou for taking “a very important initiative which will put the Osce at the forefront in terms of fighting corruption and adopting a code of conduct,” expressing the hope that the code will soon be ready and adopted.

“Our presence here today confirms that the fight against corruption is a security priority across the Osce region, as it seriously undermines the development of states and affects the lives of citizens,” said Cederfelt.