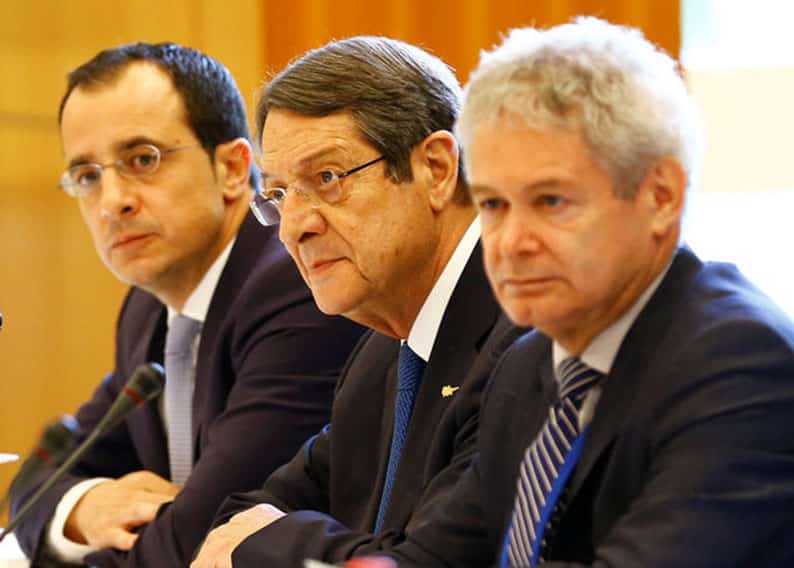 Will style or sincerity prove to be the vital thing when it is time to vote?

In the 2018 presidential election Akel fielded the same candidate, Stavros Malas, as in it did in 2013 against the same opponent, President Nicos Anastasiades, expecting a different result. They could not support him again for 2023 so they chose someone similar.

They chose independent civil servant Andreas Mavroyiannis, who like Malas is a nice uncontroversial guy but with no political hinterland – a career diplomat, his claim for the top job is expertise on the Cyprob as the government’s negotiator in the failed talks at Crans Montana in 2017.

Instead of becoming a normal social democratic party like other parties on the left in Europe, Akel clings to outmoded communist ideology, which is unsuitable for Cyprus and encourages them to back independent candidates rather than a party man with their own election manifesto.

I have no problem with Marxism as a political economic theory underpinning communism. Marx was good on diagnosis but hopeless on prescription. For this reason, communist parties do not sit well with plural liberal democracy and free enterprise as they favour a command economy that was demonstrably shown to be unworkable in Russia and China.

Stupidity, according to Einstein, is doing the same thing over and over again expecting a different result – he thought he was defining madness but was using the word loosely to mean stupidity – and so it is with Akel. And unless they adapt with the times they will always disappoint working men and women and the less privileged.

The man with hinterland aplenty and party support is Averof Neophytou, on the right of politics in the RoC. He is leader of the Democratic Rally (Disy), the majority party in parliament whose former leader is current president Anastasiades.

For those old enough to remember Greek political figures from the middle of the last century, the name Averoff is familiar. Evangelos Averoff was Greek defence minister in the cabinet of Konstantinos Karamanlis, who was prime minster of Greece pre and post the military dictatorship 1967-1974.

I doubt Averof Neophytou is related to Evangelos Averoff; his is a first name whereas Evangelos Averoff’s is a surname from the southern Balkans. I have to admit the name has a memorable ring to it which augers well for him as a candidate for president. As Oscar Wilde said in the Importance of Being Earnest, “in matters of great importance style, not sincerity is the vital thing.” I am, of course, not suggesting he is insincere but merely that his name is an electoral asset even if a small one. As for policy, it will be more of the same if he gets elected.

Averof as a name has style but so does Achilleas; he is the moody demigod warrior that defeats Hector in Homer’s Iliad. It is also the first name of by far the most interesting and refreshing candidate ever to run for president. Achilleas Demetriades is the candidate most favoured by the thinking classes – those who want a clean break from corruption and a principled approach to government, including handling of the Cyprob.

He is a human rights lawyer who among other cases famously won compensation for loss of use of Greek Cypriot of property in northern Cyprus in the European Court of Human Rights for violation of property rights, as well as the right of Turkish Cypriots to vote for the legislature in RoC.

Alas the Cyprob is not as high on people’s agenda as corruption or the cost of living. It flares up every now and then but it is in indefinite stalemate and will remain so whoever gets elected. Nevertheless it defines any candidate’s credentials for the top job and will require delicate handling in the new world order that will emerge after the war in Ukraine is over.

Demetriades wrote an article last week setting out his credo in this organ. Above the article was a photograph of president Anastasiades flanked by two of the current presidential hopefuls: Nicos Christodoulides on his left and Andreas Mavroyiannis on his right; the picture is a fascinating study in character.

Christodoulides looks sleek and serious. He reminded me of the description of Cassius in William Shakespeare’s Julius Caesar: “Cassius has a lean and hungry look; he thinks too much, such men are dangerous.” Although Christodoulides has not been dangerous to Anastasiades he has proved disloyal to Averof and may in the end split the support of Disy, of which he is still a member.

Earlier Caesar tells Mark Anthony: “Let me have men about me men that are fat,” and although Mavroyiannis is not fat, in the picture he looks like he is suffering indigestion from having eaten too much.

Anastasiades is looking purposefully at infinity. It is the familiar look of someone who knows that “all the world a stage and all the men and women merely players who have their exits and their entrances. And so he played his part.”

My prediction is that Akel will lose again and that Disy will win probably with Averof as the successful candidate. My hope is that Demetriades wins with a clear mandate to clean the Augean stables.