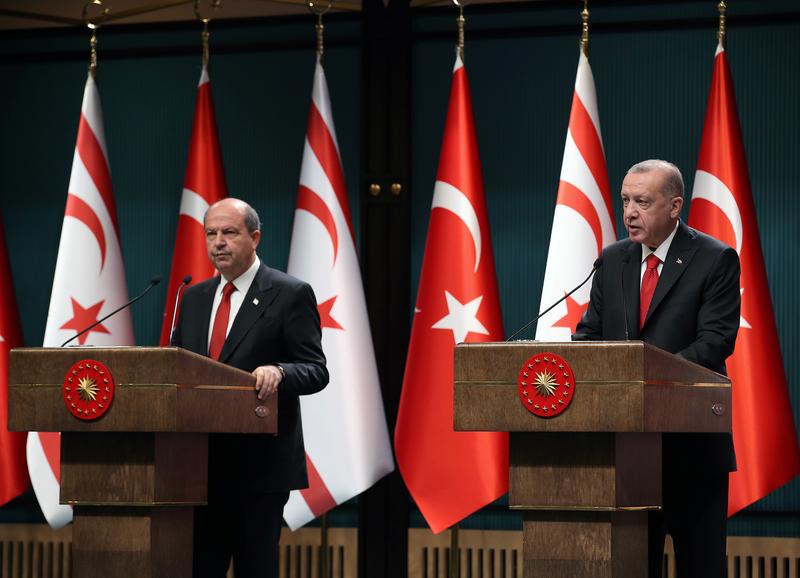 I am convinced that in a well-structured, well-run federation the lives of Greek Cypriots and Turkish Cypriots will be infinitely better than at present. It is evident that the policies pursued to date have not healed the wounds and the suffering that were brought about by the Turkish invasion of 1974. On the contrary, everybody admits that the Cyprus problem is now in its worst position, since its inception. The current situation carries risks, which will be exacerbated by the ratification of the partition of Cyprus.

One does not have to be a political analyst to understand Turkey’s plans for Cyprus. These plans were solemnly confirmed, in the very recent past, in the Economic and Financial Cooperation Protocol, signed between Turkey and the Turkish Cypriots in the north. This agreement was published on May 24, 2022, in the Official Gazette of the Turkish State. The agreement is not confined to securing the total economic dependence of Turkish Cypriots on Turkey, it also aims at further promoting the Islamic customs and practices in the north and at substantially restricting the fundamental rights and freedoms of Turkish Cypriots, the ultimate goal being their total enslavement. Already many Turkish Cypriots are leaving Cyprus and are settling in other member states of the European Union. When Turkey attains its goal of becoming the “sole guardian” of the north of Cyprus, the second part of its long-term strategic plan will be activated, aiming at the enslavement of the whole of the island.

From Turkey’s point of view, this long-term plan (which has a time horizon of 25-50 years) seems reasonable, given that geographically Cyprus forms part of the underbelly of Turkey, sitting within 80km of Turkish shores. Unfortunately, these belligerent plans are being fuelled by the incompetence of Greek Cypriot politicians and the ability of Turkey to exploit their mistakes (as has happened many times in the past). A fine example of such stupid mistakes was the coup d’état that was staged in July of 1974.

Unfortunately, many Greek Cypriots seem to have concluded that “escaping their destiny is impossible” and have already transferred a substantial part of their wealth (either in the form of real estate, bank deposits or other investments) outside of Cyprus, to Greece, the UK, Switzerland, but also to various tax havens. To the extent that they have come to the conclusion that the salvation of Cyprus is a lost case, these people are acting rationally and it would be unfair to criticise them. What I find repulsive, however, is their projection of deceitful war cries, such as ‘we will never deliver to the generations that follow a dismembered homeland’ or ‘all refugees must return to their homes’ or ‘in the years to come, these lands will again be ours’. This mockery infuriates me, because it is a clear form of a complete lack of political moralism.

Nevertheless, the overriding question is how can this total destruction be prevented? In my opinion, there is only one escape route, in the form of an alliance with the Turkish Cypriots (and those of the settlers, who have adopted Cyprus as their homeland). How to secure the economic survival of these people and protect their political and social status within the framework of a federation where Greek and Turkish Cypriots will live in peace, with security, under conditions of equality, all aiming at progress, prosperity and social emancipation as happens in every free and democratic society?

This is the framework within which the Greek Cypriots (together with the Turkish Cypriots) should look for the ways and means that will lead (with the agreement of Turkey) to the severing of the economic and political (but not the cultural) umbilical cord between Cyprus and its neighbouring country. It goes without saying that any similar economic and political links that may exist between Greece and Cyprus will, likewise, be severed.

My great grievance is that the governors of the Republic of Cyprus have never promoted (or even formulated) a comprehensive, fair and viable plan of peaceful coexistence and mutual support of the Greek Cypriot and the Turkish Cypriot inhabitants of Cyprus. I think the time has come for such a plan to be drafted. And, if the political leaders of the two Cypriot communities do not have the ability or the inclination to proceed with such a comprehensive and balanced proposal, then others should take the necessary initiative. Only when we have something concrete and tangible in our hands will we be able to critically assess and reject it (or applaud it). Otherwise, I am afraid that I will have no choice but to come to the conclusion that those who have decided that Cyprus will – sooner or later – be lost, are simply seeking to lengthen the time to the total surrender to enable themselves to accumulate as much wealth as possible outside of Cyprus. If that is the case, I am not proud of my compatriots.

Despite the efforts that ostensibly have been made over the past 60 years to achieve a climate of permanent and stable peace and security, a climate conducive to the desired political, social and economic advancement of all Cypriots, to date this goal has not been attained. As a consequence, the majority of the inhabitants of Cyprus are haunted by a feeling of frustration, fear and concern for the future.

In a comprehensive proposal for the future the emphasis should be placed on issues that affect the everyday life of citizens. In addition to physical security and equality before the law, these everyday issues include the prospects for career advancement, the impact (positive or negative) on the income and wealth status of citizens, the pensions and social benefits (and, in particular, health care) enjoyed by citizens, the tax burdens they carry and, more generally, the quality of life they will enjoy in a federated Cyprus. Of equal importance is the ability of all Cypriots to feel that they belong to and live in a common homeland, irrespective of whether they live in Kyrenia or Limassol. The past downgrading of this aspect of the political problem of Cyprus has resulted in intensifying the fear of both Greek and Turkish Cypriots that the differentiation of the status quo could have serious negative repercussions on their daily lives and/or on their career prospects. To have a reasonable chance of such a proposal being accepted by all those involved in the process, the proposal must contain arrangements that would allay these fears; the proposal should not be limited to dealing with ‘legalistic’ issues (as has been the case in the past) that are not fully understood by ordinary citizens and are of little interest to them.

I sincerely believe that in the upcoming presidential election campaign these are the issues on which the debate should focus (and not on the dreamy fantasies of the candidates).