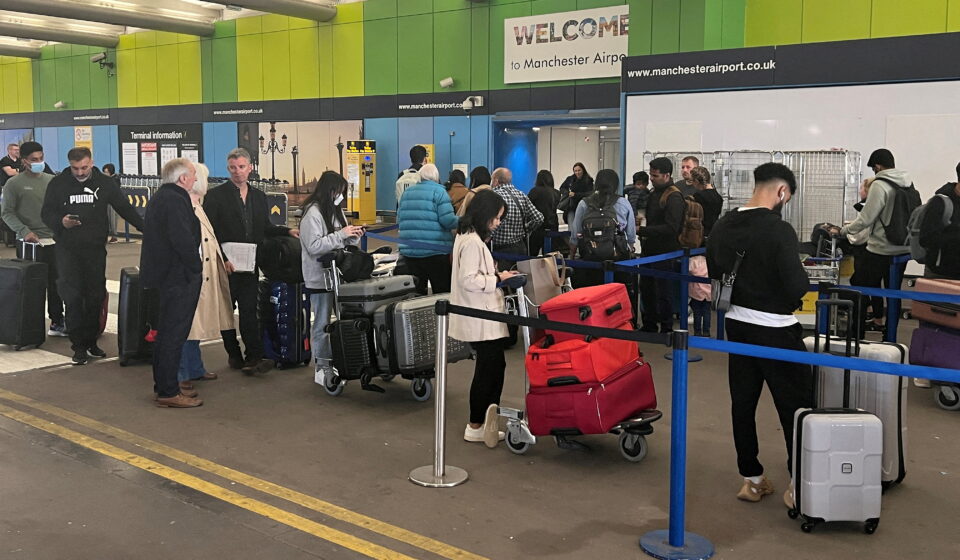 Flight fares are reaching record high levels this Europen summer. As the whole world can’t wait to travel, demand is rising steeply, and the airline industry is working hard to meet the new demands.

During the pandemic, airlines went through the toughest moments in history and needed to make radical changes to their operations. Since the travel restrictions are being lifted in the last months, the industry can hardly keep up with the new demand.

People are eager to explore and discover new places they couldn’t visit for more than 2 years. Travellers are willing to pay more for their flight tickets and airlines are struggling to meet the demand. As a result, flight fares increased steeply this summer.

While some short distance flights like the route from Athens to Santorini still sell for ultra-low fares of €20, most cross border flights in Europe cost at least €100. The increased demand for flights is one of the factors why flights are so expensive, but there is more.

And why is it in particular the airline industry that struggles to keep up with the surging demand for flights?

Here are the reasons why flights are so expensive for this summer season.

Shortage of cabin crew and pilots

During the pandemic, airlines had to let go of a large number of their staff. This includes cabin crew, pilots, and workers on the ground. British Airlines, for instance, cut around 10,000 staff during the pandemic, while EasyJet laid off a third of its workforce.

By the end of 2020, just the first year of the pandemic, tens of thousands of jobs were lost within Europe’s airline industry. The staff shortage led to a series of problems that airlines have been facing up to this day.

Although airlines are busy hiring new staff at this time, hiring people in the aviation industry takes longer because of additional security checks that take weeks or months to process.

The large lay-offs resulted in some airlines having no choice but to cancel flights. Airlines had to make immense adjustments because of the staff shortage. We’re talking about thousands of cancelled, rebooked, and delayed flights, as well as reduced flights to destinations – all of which are costing airline companies multi-billion euro losses.

As an example, Scandinavian Airlines cancelled around 4,000 peak season flights for May to August operations due to staff shortage. During the height of the pandemic, they made the decision to lay off 5,000 employees. The airline serves countless flight routes, but now they face the problem of a shortage in pilots.

On the other extreme, EasyJet decided to cut down the number of passengers by removing seats from its planes. Laws mandate that for every 50 seats on the flight, there must be one cabin crew member on board. By reducing the passengers that the flights can take, they can also fly with fewer cabin crew and better allocate the remaining cabin crew members among EasyJet flights.

Chaos at airports due to staff shortage

On the airport’s side, Schiphol Airport asked airlines operating in their airport to cancel flights or divert them to other airports. This is just one of many airports in Europe that travellers have been complaining about because of long queues, all caused by staff shortages.

With the cancelled flights, passengers had to stay in airports for longer hours than intended. Because of staff shortage, as well, there are long queues in check-in counters, security checks, and baggage claims. It has been chaotic in many airports across Europe, and it is expected to stay this way until at least June.

While airports are scrambling to rehire staff for the busy summer season, their efforts are not enough. With more jobs outstanding than people looking for a job, it’s becoming a very daunting task to keep up with this new demand. The resulting delays and rescheduled flights are causing a further rise in the costs for airlines.

At one of the deepest points during the pandemic, the number of flights almost halved in 2021, falling from 11.1 million flights in 2019 (pre-pandemic) to 6.2 million in 2021 (Source: Eurocontrol).

This year, we are seeing a steep increase in demand for air travel. In particular, leisure travel is on the rise, as people are eager to book tickets to their favourite destinations and make up for the lost time during the pandemic. People are excited to experience the European summer again after 2 years.

When the government started to ease travel and border restrictions, airlines offered discounted tickets and promo fares, desperate to get passengers on board. As of today, people can’t wait to book their flights and airlines don’t need to create extra demand by keeping prices extra low.

Rising demand for flights, together with a shortage on the supply side, leads to increased prices. That’s simply the law of supply and demand doing its work. The growing number of passengers are still willing to pay higher fares. Therefore, there is no need for airlines to create more demand by lowering the prices.

In every airport, landing rights are essential, as they dictate which airline gets to schedule flights and land them. Now, with Russia’s decision to invade Ukraine, comes the united front of European countries to ban countless services from Russia.

This action includes blacklisting 21 Russian-certified airlines by the European Union. This action prohibits Russian airlines from flying over EU airspace. Several of these airlines still hold many landing slots on large European airports and the rule is that airlines must utilise at least 70% of their schedule.

If airlines don’t utilise these slots, they risk losing these highly coveted landing slots that each cost tens of millions of dollars. With Russian airlines not being able to operate in the European airspace, they will likely end up losing their slots.

Higher jet fuel costs due to the ongoing war

Planes can’t fly without gasoline, and for gasoline, the world is heavily dependent on Russia. Due to the ongoing conflict between Russia and Ukraine, fuel prices spiked worldwide.

Some of the highest gas prices in the world are in Europe. Take for example the prices at the gas stations in Germany. While citizens had to pay around €1.25 for a litre of diesel in February 2021, a litre now costs above 2 euros. This is as much of a shock to airlines as it is to car owners.

As a matter of fact, one of the major expenses of airlines are fuel costs, making up about 10-12% of operating expenses. With the rising fuel prices, airlines have no choice but to increase the price of plane tickets.

With surging demand for flights and increasing operation costs, airlines simply have no other choice than to increase the airfares. Even the ultra-low fares from low-cost carriers like Ryanair are hard to find this summer.

With everyone eager to travel again, many passengers are willing to pay these higher prices, but it’s still a big shock to travellers’ wallets. Many of the factors discussed will be temporary, but for this European summer of 2022, we simply have to accept the higher airfares if we want to fly.