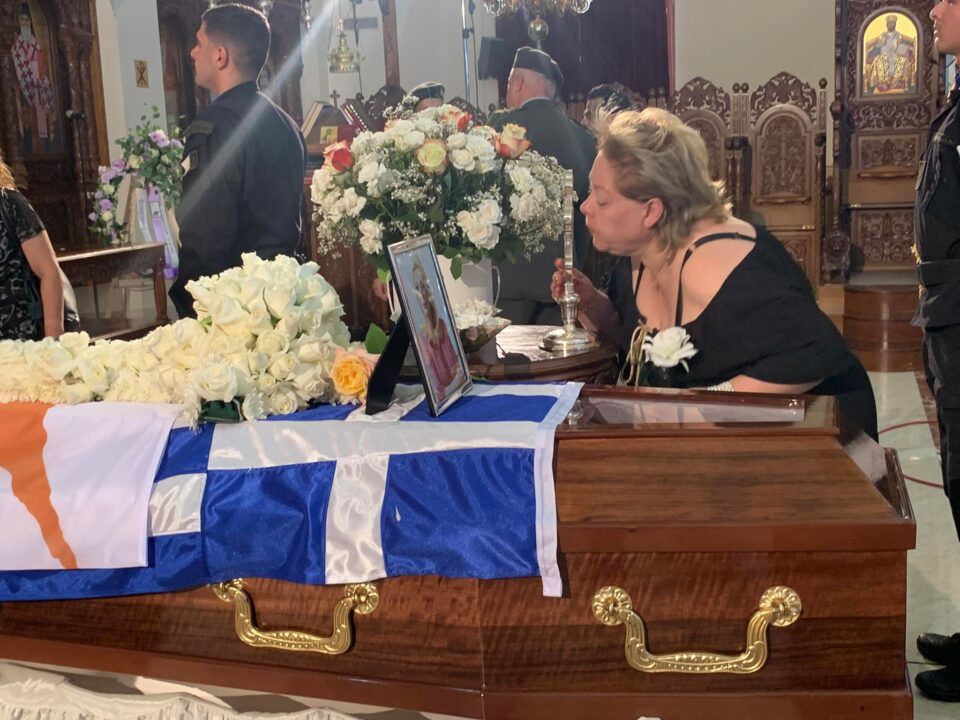 An emotional President Nicos Anastasiades called Labour Minister Zeta Emilianidou “the best minister” and a “minister for the poor” during a eulogy he delivered at her funeral on Friday.

Her body had lain in state for two hours prior to the start of the funeral during which members of the public queued up to pay their last respects.

The funeral itself began at 11am at the Ayia Sophia church in Strovolos with the military out in full force and the remaining cabinet members arriving together on a bus.

The president stated that the services of the welfare state would simply not have been possible without Emilianidou’s personal efforts.

Society’s outpouring of emotion, he said, is emblematic of the distinguished career that Emilianidou had and the manner in which she carried out her duties.

“A truly dignified and respectable lady,” Anastasiades said referring to Emilianidou as “a person with whom I had the honour of working alongside”.

“It is for her and her life’s work of which I am proud.”

Emilianidou spent three weeks in a medically induced coma in the ICU of the Ygeia medical centre in Athens after suffering a cerebral aneurism on May 15. She was transported there by emergency air-ambulance for treatment, where she underwent a lengthy surgery.

Her body was returned to the island late on Wednesday afternoon.

In praising her work, Anastasiades listed a series of major accomplishments and changes made to state services – ranging from pensions revisions for the elderly in need, to paternity leave and Christmas grants.

A colleague at the funeral described Emilianidou as smart, dedicated and compassionate. A man who knew her since their early childhood said her life was one of happiness, saying she always had a smile.

The family asked that instead of wreaths, contributions be made to charities instead, the labour ministry announced.

On April 3, 2013, she was appointed Minister of Labour and Social Insurance by Anastasiades, and stayed in the post for the duration of his presidency. She was widely respected as a minister who was trusted by unions and employers’ organisations.

Emilianidou was seen to be in touch with the needs of those she was tasked to help as the minister responsible for social welfare despite the challenges posed by government bureaucracy and the disruptive transition to digital systems that have seen delays in the payment of benefits, which she was quick to acknowledge.

As minister, Emilianidou promoted a series of reforms with particular emphasis on social welfare issues, workers’ rights and gender equality issues at a time when Cyprus was still going through a financial crisis, and more recently a pandemic, coupled with an ever-increasing number of refugees and migrants needing financial support.

She leaves behind a son, Achilleas, his wife Dora and their daughter Chloe in addition to her own siblings Mary and Doros.