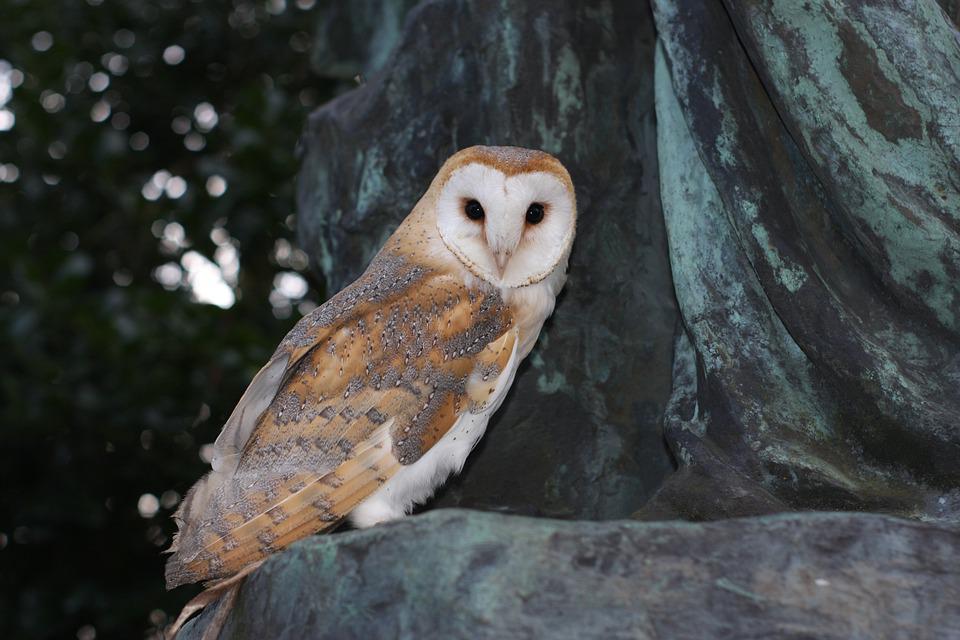 As Athalassa wildlife centre gets upgraded, its supervisor tells Nick Theodoulou about a peculiar threat these birds face

You wouldn’t expect to meet the ‘harbinger of death’ while on a family trip to Athalassa’s revamped animal care centre, but that’s just one member of the motley menagerie assembled there.

The tragic tale of the barn owl is directly linked to the wildlife rehabilitation centre in Nicosia, a humble operation which has been nursing and housing animals in need since 1995.

But Andreas Lysandrou, the passionate animal lover overseeing the centre’s operations, told the Sunday Mail that a major upgrade is in the works to the tune of €560,000 which is set to be completed by December. 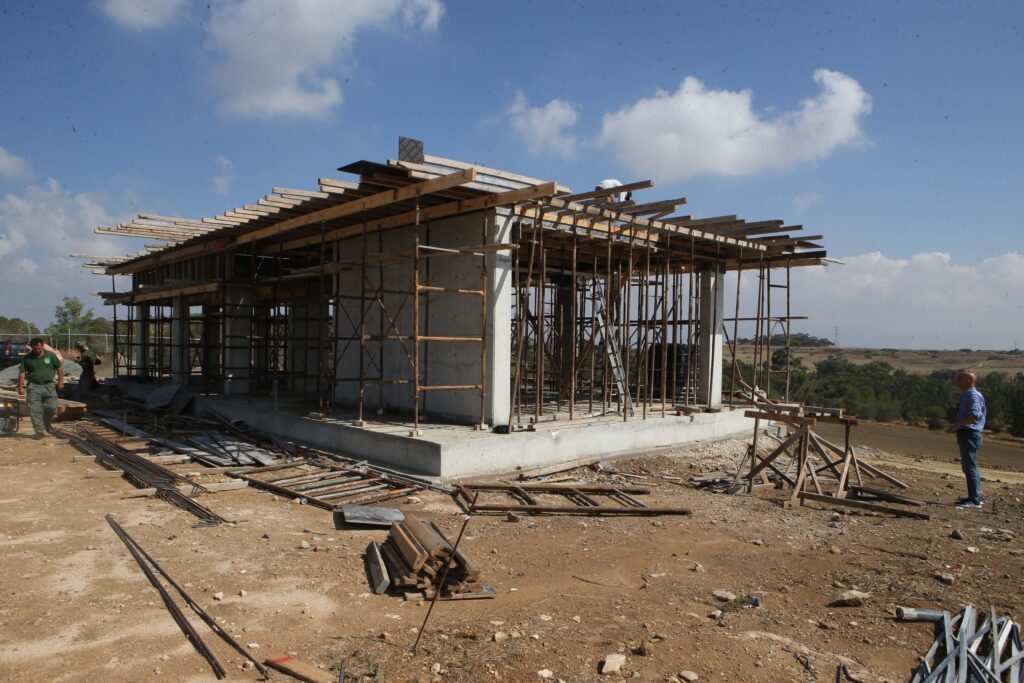 It’s a significant overhaul for the centre, which was first erected back in 1957 during British rule – consisting of just a few dozen cages to breed pigeons, Lysandrou told us.

But nowadays it’s not pigeons which are the focus of the centre, it’s all of Cyprus’ wondrous denizens.

“We have moufflons, vultures, pelicans, barn owls – any animal which is in need, and there’s many of them,” he said, emphasisng that the threats faced by the island’s fauna are persistent.

Lysandrou implored us to tell the folktale of the barn owl, an animal which he says has a fascinating and unfair story, one which is inextricably linked to Cyprus’ past.

“Barn owls are traditionally, and still to this day, viewed as a gravely bad omen – that they come for the dead,” he explained.

As a result, he told us, many people still get spooked by such sightings and do their utmost to remove them from the area – some even going as far as to shoot at them and thus injuring the nocturnal animals.

He took the time to explain how a folktale passed on through generations can take hold, leading to the mistreatment of animals decades later.

“If you go back to the ‘40s in Cyprus, there was no electricity, so when a person died, they lit a lamp, as was custom, and it was placed on a small nook just outside the house, above the door,” he told us.

“It may have been the only light on in the surrounding area; attracting insects from all around,” he said enthusiastically.

“Just how it is when you go camping, it’s dark all around and you put a light on: suddenly you’re swarmed!” he said.

That created the ideal hunting ground for a barn owl, which feeds on such insects, causing a feeding frenzy and attracting our feathered friends from far and wide.

“But people would think: ‘Oh God, it’s come for the dead!’ when in reality, the owl had just found the ideal feeding station,” Lyssandrou said.

As with many folktales, there was some truth in it: owls would often stalk near a house soon after someone had died, just not for the reasons people thought.

“It doesn’t help, though, that baby owls can make some pretty creepy sounds,” Lyssandrou said, reenacting their cry: a ghost-like static call, like gas rushing through a pipe.

He’s not embellishing the tale, either, they really do sound that spooky – it’s worth looking up a video.

“But the owls being seen as a bad omen has stayed to this day, meaning that some people still mistreat them – it’s a long story, but that’s how a few of them end up in our care,” he said.

The game warden’s story paints a picture of the wide-ranging threats facing the island’s wildlife.

“What I’m trying to say is that the reasons why animals end up requiring our care are so varied, but many of them can be addressed,” he said hopefully.

Dispelling the myth could prevent some of these winged creatures from ending up at the facility or worse. 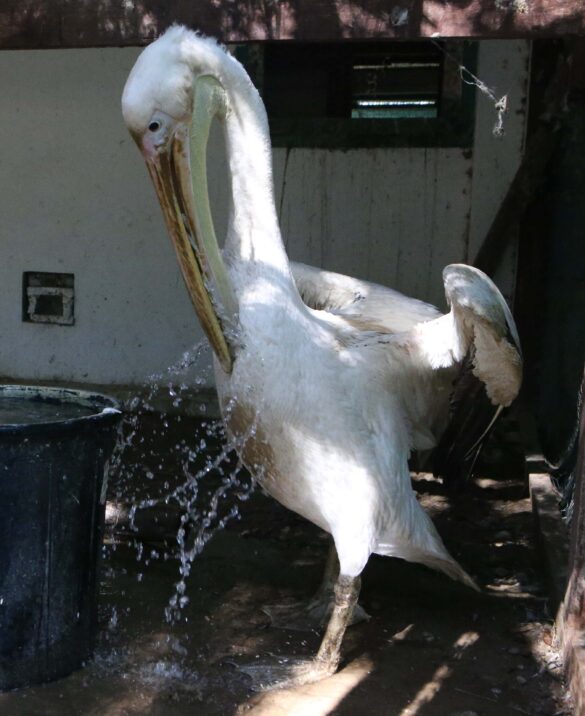 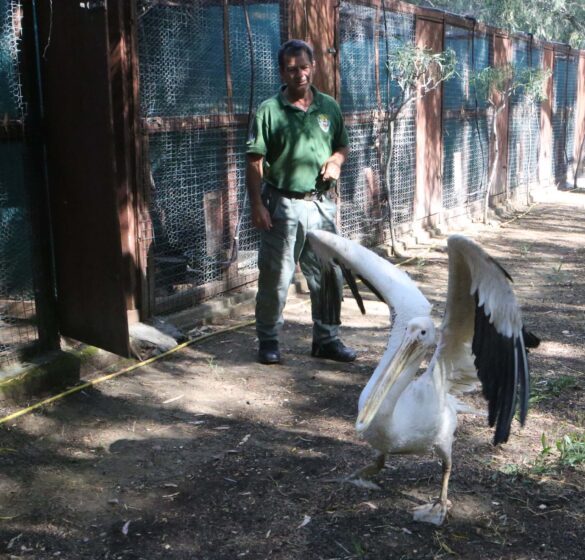 The new centre, about a kilometre’s distance from the current grounds, fits in neatly with its surroundings: it neighbours the Athalassa national park, which itself boasts a wide variety of animal life and 20km of trails, along with a garden and other animal care spots. A smaller centre is home to three donkeys and dozens of birds.

The national park itself acts as an oasis on the outskirts of Nicosia centre, with the animal care and other environment facilities forming a wildlife hub in the capital.

The new centre will cater to all manner of curious creatures, from foxes and snakes to Cyprus’ most famous endemic animal, the mouflon.

A mouflon pen, training areas and other related infrastructure will offer the animals a second chance at life.

Most animals stay at the centre until they are rejuvenated and can be released back into the wild. For others, however, it becomes a new home – those which are unlikely to survive out in nature – but they too serve a purpose: helping to educate the public on the threats facing Cyprus’ wildlife.

How to tackle expensive electricity in Cyprus