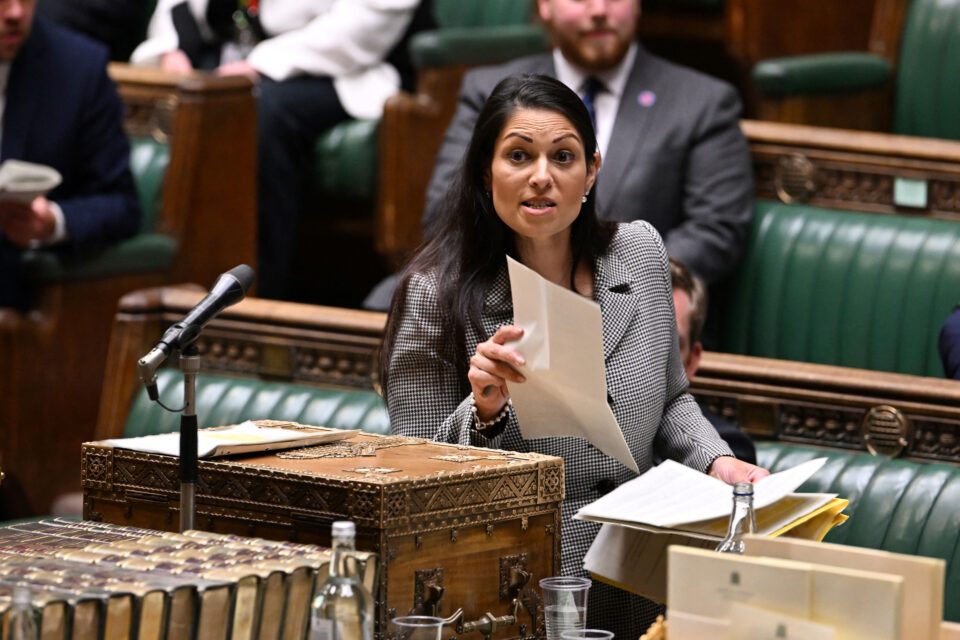 According to the British interior minister, Priti Patel, deporting refugee claimants arriving in small boats is necessary to deter them from paying thousands of euros to traffickers to bring them to the UK

The European Court of Human Rights (European Court) stopped the removal of a refugee from the UK to Rwanda last week and made the UK government apoplectic with rage.

The rule of human rights law means that in a democratic society the majority rules but that there are fundamental rights and freedoms which the majority and the government it elects have to respect and protect.

Also, the European Human Rights Convention and the Refugee Convention overlap because the right to life and the right not to be subjected to torture or inhuman treatment are protected by both conventions.

So how did it come about that the UK courts whose judges pride themselves being the best, get it so wrong that they had to be overruled by the European Court? I don’t know but as the bard would have put it there something is rotten in the state of Britain in 2022 – the ethics adviser to the government also resigned last week.

The report of the European Court decision is short. In summary it says that on 13 June 2022 the court received a request for an urgent interim measure to the UK Government in relation to an Iraqi national who, having claimed asylum on arrival in the UK on 17 May 2022, was to be removed to Rwanda on the evening of 14 June 2022.

The court grants such requests only in exceptional cases when applicants would otherwise face a real risk of irreversible harm.

The court had regard to the concerns of the United Nations High Commissioner for Refugees (UNHCR), that asylum-seekers transferred from the United Kingdom to Rwanda will not have access to fair and efficient procedures for determination of refugee status as well as the judge’s finding that the decision to treat Rwanda as a safe third country was arguably irrational.

Rwanda is outside the Convention legal space and the absence of any legally enforceable mechanism for the applicant’s return to the United Kingdom in the event of a successful merits challenge before the domestic courts, the Court decided to grant this interim measure to prevent the applicant’s removal until the domestic courts have had the opportunity to first consider those issues.

Why could the English judges not bring themselves to have said all that instead of the verbiage that fell from each the forums that heard the case domestically?

When the matter came before Justice Swift in the High Court of England he held that the Applicants case is not conspicuously strong and ignored the principle that preserving the status quo before the court considers a case fully is the normal course and gave undue weight to assurances given by the Rwandan government in an agreement with the UK contained in a Memorandum of Understanding (MoU).

A simple example illustrates the point. Say there is a dispute whether a 300-year-old tree should be cut down. There is going to be a trial of the case but one party wants it cut down immediately and the other wants it preserved until the court decides whether it should be cut down or not.

It is the same in refugee cases. The refugee claims he will suffer irreversible harm if sent to Rwanda. The interior minister says he will not suffer harm because of the assurances in the MoU and wants to remove him there before the court decides whether Rwanda is a safe third country.

The UNHCR intervened and provided evidence that Rwanda is not a safe country to receive refugees. The UNHCR is not an ordinary NGO. Its knowledge and experience is unparalleled and it is extremely careful about its relationship with governments. It does not intervene in cases lightly but when it does, the evidence and submissions it puts forward are measured and evidence-based.

Justice Swift gave permission to appeal on whether he was right to refuse to stop the removal and the case came before the Court of Appeal.  However, instead of reversing his decision as plainly irrational, they affirmed it and complimented him on his judgment saying that he identified all the relevant circumstances holding that the weight he attached was for the judge alone and not for the appeal court, which is not quite right since the Court of Appeal can allow an appeal from a lower court if its decision is wrong.

A point the UK judges missed was that according to the British interior minister, deporting refugee claimants arriving in small boats is necessary to deter them from paying thousands of euros to traffickers to bring them to the UK.

But no one asked why it deters? The minister’s argument is – though she would deny it – that transfer to Rwanda after fleeing persecution in Syria or Afghanistan or Iraq to refugees is like jumping from the frying pan into the fire and they will not pay traffickers for the privilege.  In other words, the Rwanda policy is inherently contradictory – it relies precisely on the fact that Rwanda is unsafe, otherwise it would not deter.

But as the European Court held matters of weight were very much for the European Court and it was free from the esprit de corps that binds domestic judges, which prevented them from looking at the lower court’s judgment more critically.

It would have been different if Justice Swift had seen and heard witnesses but he hadn’t and there was nothing sacrosanct about his assessment of the evidence from which the appeal judges could not differ.