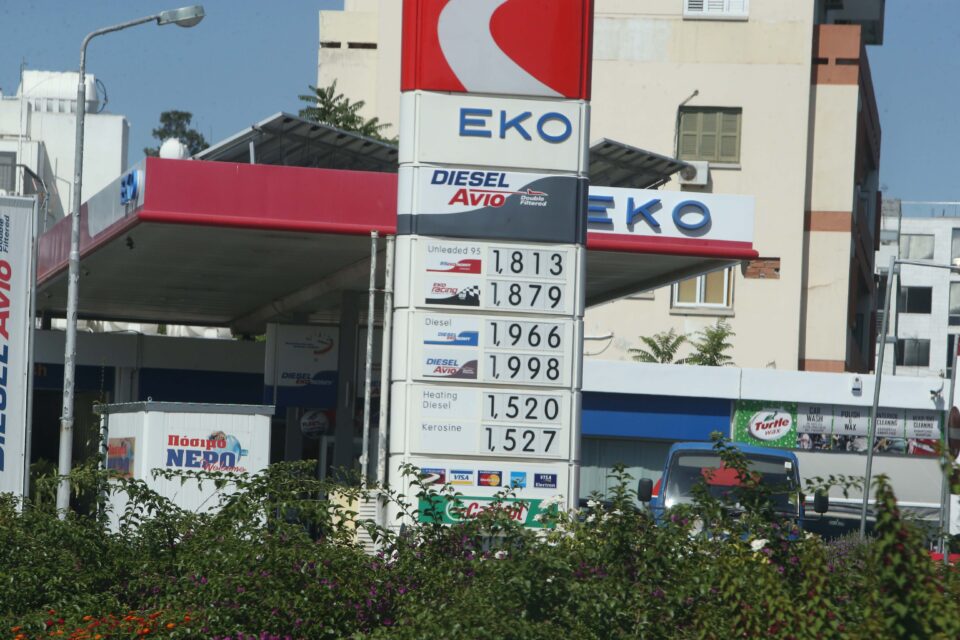 Parliamentarians on Tuesday discussed a legislative proposal to cap fuel prices, a drastic move as petrol at the pump continued rising and are fast approaching €2 a litre.

The bill, tabled by Akel MP Stefanos Stefanou, would allow the minister of commerce to set a price cap on fuel products, not just for the purpose of cracking down on ‘profiteering’ – as currently allowed by law – but also in special circumstances.

Fixing a price cap in special circumstances is currently permissible for certain essential goods – but not for fuel.

Stefanou revealed that the matter of the price ceiling came up during the session of the National Council held a day earlier. He said that, there, Finance Minister Constantinos Petrides agreed with the proposal.

But drama unfolded at the House commerce committee when the representative of the commerce ministry refused to submit the resume of the consultant hired by the government who designed a method for calculating how fuel companies set their prices.

The refusal irked MPs, with one asking whether the secrecy is because the consultant in question has or had ties to fuel importers.

Lawmakers got further frustrated on hearing that the commerce ministry’s consumer protection service does not look into the issue of fuel company profits. The service only examines the companies’ actual and anticipated profits. Therefore, MPs were told, the service is unable to identify or opine on any potential profiteering.

Some officials meanwhile warned that tinkering with prices might lead to shortages.

Head of the consumer protection service Constantinos Karagiorgis said that, globally, between June 2021 and June this year, unleaded 95 petrol went up by 118 per cent.

In the same period, diesel prices increased by a whopping 180 per cent, heating fuel by 159 per cent, and crude oil by 73 per cent.

Representatives of the petrol station owners association recalled, however, how they had all shut down the very next day when back in 2010 the then commerce minister imposed a price cap.

Officials representing employer’s organisations suggested a cutoff on fuel companies’ profits, rather than on the retail price of fuel.

Meanwhile prices at the pump inched ever closer to €2 a litre. The latest price watch issued by the consumer protection service showed that diesel prices range from €1.808 to €1.999 a litre, averaging at €1.914.

The service tracks prices at petrol stations across the island, allowing consumers to compare prices for unleaded 95 and 98, diesel, kerosene and heating fuel.

“Increases by the companies are not introduced on the same day,” he told the Cyprus News Agency, but noted petrol stations of the same brand should have similar prices.

“If you saw differences in prices at petrol stations of the same companies, then there would be an issue,” he added.

Moreover, certain petrol stations on the market may receive different discounts, but owners rely on the company and cannot sell at lower prices as the discounts offered are very low at some 2.5 per cent.

As regards further increases, Procopiou said it was difficult to make projections as this depended on world prices where recent projections have not been confirmed.

But speaking on CyBC, association spokesman Christodoulos Christodoulou warned that prices could shoot up further, even surpassing €2.5 a litre should world prices rise.

Cyprus Consumers Association president Marios Droushiotis told CyBC radio that more hikes in prices were expected next week, with the €2 threshold set to be broken in July.

Higher petrol prices and costlier electricity are fuelling inflation and enraging consumers, adding pressure on the government to adopt additional measures – including a price ceiling — to cushion the sharp increase in the cost of living.

Piale Pasha to get €1.1 million facelift

Concert is an Ode to Olympism