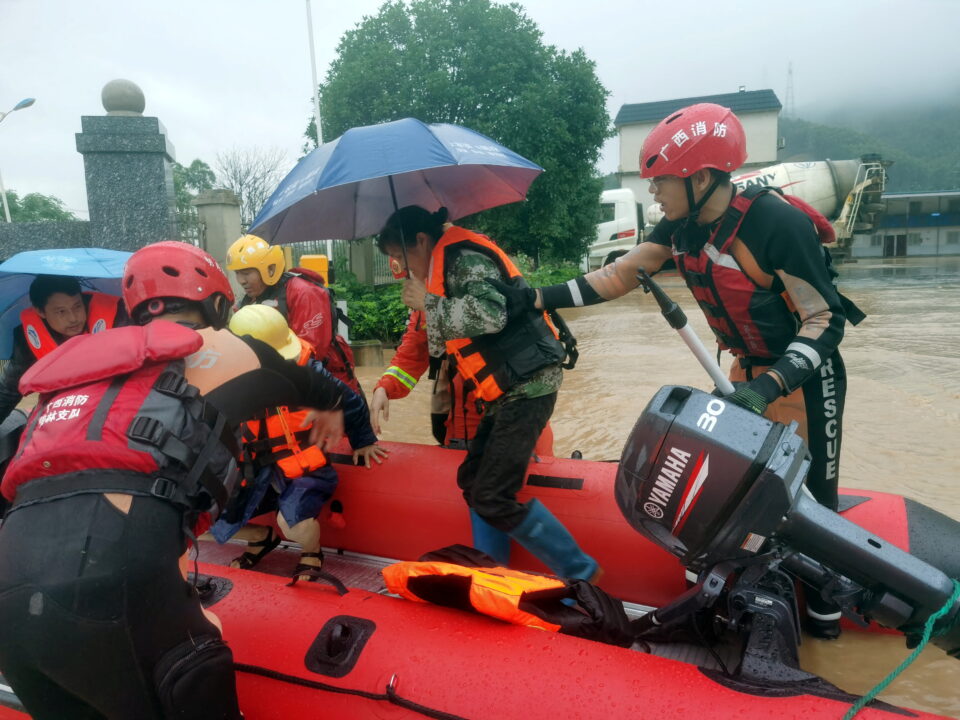 Guangdong province’s Shaoguan city, where average rainfall since late May has broken records, raised its flood alert to the highest, Level 1.

Authorities asked residents of communities along river banks and in low-lying neighbourhoods to move to higher ground, after floodwaters hit a 50-year high, state television reported.

The city’s flood, drought and wind control headquarters said shutdowns may be enforced at construction sites, businesses, public transport and docks while workers unable to show up at work should not be forced to do so.

The peak discharge of the swollen Beijiang River near Guangdong’s capital Guangzhou is expected to reach 20,000 cubic metres per second, a flow of a size that probably occurs “once every 100 years,” the local water conservancy bureau told Chinese media.

The flood alert for Beijiang River had been raised to Level I, the highest, at 10 p.m. local time, the official Xinhua news agency reported.

Guangdong’s Qingyuan city, near Shaoguan, also raised its flood alert to the highest level at around noon as the waters rose.

In Jiangxi province to the northeast, authorities raised a flood “red alert” after 485,000 people in nine districts were affected, Xinhua news agency said. It did not elaborate.

There is also the risk that the effect of the disruption floods bring in China can be felt further afield as Chinese goods become more important in global supply chains.

This spell of heavy rain across southern provinces was expected to peak on Tuesday and it was then forecast to shift northward from Wednesday.

Regions north of the Yangtze River have been experiencing searing heat, pushing up power consumption the past weekend. Read full story

China’s Central Meteorological Observatory maintained a high temperature “orange warning” for northern areas such as central and southern Hebei, most of Beijing and parts of Shandong, Tianjin and Henan.

Concert is an Ode to Olympism

Two beaches to generate over €190,000 for Kissonerga