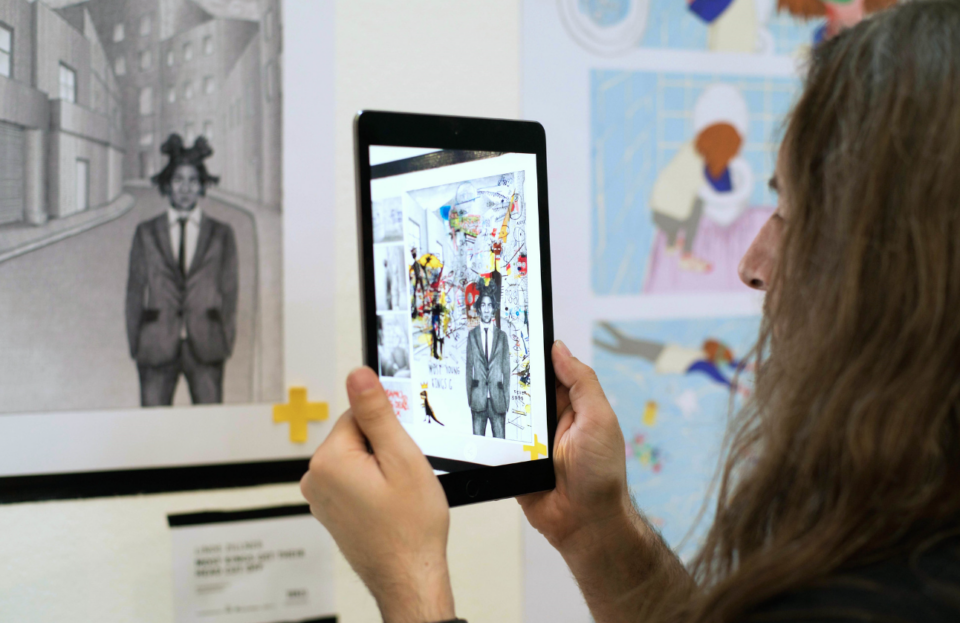 A tourist uses augmented reality technology in a museum

Earlier this month, the World Tourism Organisation (WTO) showcased a number of initiatives in audiovisual tourism at the Conecta Fiction & Entertainment conference which took place in Spain last week

The conference sought to highlight the value of high-quality audiovisual productions in the tourism sector and stimulate investment in this area.

“Travellers connect directly with the sites where films and television series are made, which gives these places added value to support the sustainable development of the tourism sector,” he added.

Patricia Franco Jiménez, minister of economy, business and employment of the government of Castilla-La Mancha, the location where the event took place in, echoed Vilcu’s thoughts.

“The audiovisual sector helps us strengthen the tourism indicators we have in the region, such as the number of employees, which has reached the highest figures recorded, only behind 2019,” she said.

She added that it was very important for the region to attract international production companies, a comment that was explicitly directed at some of the organisations in attendance, including HBO Spain, Netflix and Movistar.

The value of audiovisual tourism has long been documented, with a 2017 research by tourism market intelligence firm TCI stating that more than 80 million tourists decided on their next vacation destination on account of a film they watched.

In addition, a 2018 research study by Ipsos Mori revealed that 62 per cent of Chinese residents stated film and television were a “key source of travel inspiration”.

The above two research excerpts are far from rare, with the value of the audiovisual media to the tourism sector being reaffirmed on a regular basis.

“The audiovisual medium represents a tool that is able to influence the perception and the decision-making process of a large potential tourist demand,” a paper commissioned by Tourism Review International said.

“Tourism destinations need to work proactively to orient this phenomenon and to promote their territory and resources, among a whole and articulated destination strategy,” the paper added.

Moreover, the paper also noted that while numerous tourism organisations across the world have acknowledged the potential of film tourism, there has also been a lack of additional coordination and long-term planning.

The implementation of a well-defined strategy, the paper explained, would “allow the destination to benefit from such opportunities”, while its absence has “often resulted in missing good chances”.

This is reminiscent of Cyprus’ attempt at making the most of the audiovisual medium in tourism, with the somewhat botched implementation of its cash rebate scheme, which sought to promote the island as a film destination.

The scheme suffered reputational damage in 2021 from a lawsuit related to the Nicholas Cage film ‘Jiu Jitsu’, with producer-director Dimitri Logothetis suing for non-payment.

Meanwhile, the ways in which the audiovisual medium can boost tourism are not limited to film and television productions.

A study by Emerald Insight on the emergence of cross-innovation systems showed that gamification practices and augmented reality technology are also being used to promote countries’ cultural heritage and widen the scope of the tourism sector.

“Museums, cultural heritage sites, theme parks, architectural monuments and other tourist attractions can be experienced in new ways by eliciting information from the screens of mobile devices,” the paper’s authors wrote.

“This form of tourism gamification integrates the gameplay on its screen with the physical locations in tourist sites, transcending the divide between screen-framed and physical experience,” they added.

Furthermore, all of the above forms of audiovisual applications, film, augmented reality and gamification can also intersect.

“Regarding such applications, notably, forms of AV content have had again a driving role — the previously mentioned forms of film tourism have been increasingly remediated and, in effect, innovated by new kinds of mobile applications,” Gunnar Liestol, Christian Ritter and Indrek Ibrus wrote.

“One can, for instance, discover the shooting locations of popular films using specifically designed mobile apps for orientation,” they added.

Finally, they explained that other forms of gamification are about offering “location-based transmediatic extensions, discovering specific additional elements of the stories familiar from TV or films”.