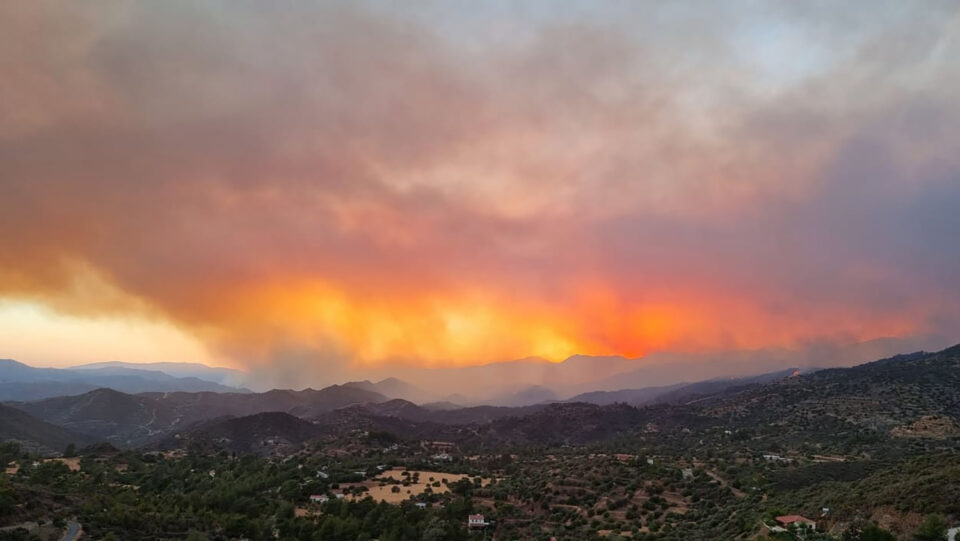 [It is] troubling when I have to explain to the younger generations during our awareness campaigns, why their future is at stake and how our politicians are not doing enough to ensure a safe world for them

Every ton of emissions matters: It is so important even for countries as small as ours to do our bit

The climate crisis is a global, human-caused, and complex problem that must be solved in an awfully short period of time. While this crisis and its associated consequences might be causing massive anxiety in humanity across the globe, there is one important element worth repeating. It is human caused.

This means that, even though we have been pushing the earth’s limits for far too long, it is still in our hands to reverse catastrophic climate change. How? By cutting down our global greenhouse gas emissions dramatically in the next 10 years. That is, emissions deriving from the production of electricity, transport, agriculture and industry, which are some of the most polluting sectors. In other words, the world must undergo a massive societal transformation where human activities no longer harm the climate.

The responsibility to cut emissions, even though unevenly distributed between developed and developing states, is global and thus requires collective action. What about Cyprus’ responsibility though? One would argue that the fact that we are a small island means that our actions as a nation will have no significant contribution in combating climate change. However, as in many other societal or environmental problems, the impact of small regions, can have a great global impact when put together. In fact, in the case of climate change, the window for action is at this point so small that, according to the 6th assessment report from the IPCC (the UN Intergovernmental Panel for Climate Change), every ton of emissions reduction matters if we are to keep global temperature from rising to 1.5 °C. So, what we do here matters.

Unfortunately, Cyprus to this date is not rising to the challenge and consistently has one of the highest per capita emissions in Europe. At the same time the impacts of climate change in Cyprus are becoming more evident. More, and larger fires, long-term decrease in rainfall and the increased frequency of extreme temperatures and weather phenomena are giving a clear signal to our society that we need to act sooner than later.

How should we act though? Where do we invest our money and energy in our attempt to transition to an economic model that does not harm the climate and at the same time allows our society to prosper?

Well before acting, it is important to understand that in Cyprus we suffer from two major ‘addictions’ that produce high emissions. Consuming fossil fuel (oil) to produce electricity and support industry, and exclusively using private cars for transport.

The good news is that the solutions to move away from these ‘addictions’ are available. These involve scaling up renewable energy production, primarily solar in combination with storage technologies, and switching to greener means of transport, such as cycling and taking the bus. At the same time, we should invest in energy efficiency measures which will reduce our demand for electricity in our homes and working spaces. Such measures include the proper insulation of homes to reduce heat loss in the winter period and cold in the summer period and replacing our electrical appliances with more energy efficient ones, for example. The creation of energy communities is another great example of how neighbourhoods or villages can come together and cooperate to produce their own solar energy, reducing their carbon footprint and at the same time transforming the energy supply system into a more democratic and efficient one.

The solutions are there, and the ones mentioned above are just some of them. What is missing, however, is the political will from decision makers to enable and catalyse the transition. Unfortunately, without the appropriate, immediate, and coordinated national action, the transition will unfortunately come too late.

As the climate policy officer for Terra Cypria – The Cyprus Conservation Foundation, and through my daily interaction with politicians, technocrats and experts within the climate policy field, the lack of political will, becomes apparent and is in fact very troubling. The inaction of our decision makers feels even more troubling when I have to explain to the younger generations during our awareness campaigns, why their future is at stake and how our politicians are not doing enough to ensure a safe world for them, without raging wildfires, desertification and extreme heatwaves.

This inaction must end now. Although, a National Energy and Climate Plan for the period 2021-2030 exists, it falls short in many aspects. In terms of targets, the 21 per cent reduction in emissions envisioned in the plan is lower than the 24 per cent reduction target assigned to Cyprus through the EU Effort Sharing Regulation. At the same time, Cyprus’ main decarbonisation policy measure is to replace oil with fossil gas in electricity production. At first, this might seem reasonable, as fossil gas has the potential to emit less greenhouse gasses when burned than oil. However, fossil gas extraction, transport and use has been found to be closely linked to methane leaks, which is a much more potent greenhouse gas than carbon dioxide.

Knowing that the EU is now moving towards much higher emission reductions through the ‘Fit for 55’ package and its strategy to become carbon neutral by 2050, another issue arises with the introduction of fossil gas in our energy mix: the increased likelihood that any fossil gas infrastructure built in the next few years, will become a stranded asset, because it will no longer fit in a decarbonised EU economy in 2050.

An important aspect of transitioning to a green economy is to set clear yearly targets as well as programme and funnel enough public investments towards that direction. Unfortunately, the monitoring of this process is still left unclear, and that needs to change if we are to implement all actions needed and reach our climate targets in time. Civil society organisations, like Terra Cypria, have an important role to play here, by monitoring progress and putting pressure on the government to keep their promises stated in the National Plan and to push for greater ambition.

But that is not enough unfortunately. All citizens must become more involved in the issue and demand from institutions to create the necessary changes in a timely manner (for example public transport infrastructure). We should organise better and play our part in pushing for change. The responsibility of forcing the government to act lays on all of us.

The IPCC’s latest report on climate solutions sends a clear message to the world. It is still possible to reduce emissions to avoid climate catastrophe. This means, there is still hope and in doing so, an opportunity is presented.

An opportunity for Cyprus society to transform, innovate, become more energy independent, increase air quality, empower people to be more involved in energy production and reduce traffic congestion by enabling greener means of transport. The list goes on and it becomes clear that this transformation will eventually improve our overall quality of life and at the same time reassure the next generation that they will be also able to enjoy their lives, the same way we do now.

Orestis Karghotis is an education and research officer at Terra Cypria – The Cyprus Conservation Foundation. He holds a degree in Environmental Biology and is a sustainable agriculture enthusiast and practitioner.

Our View: Outraged Disy made right decision not backing ‘traitor’