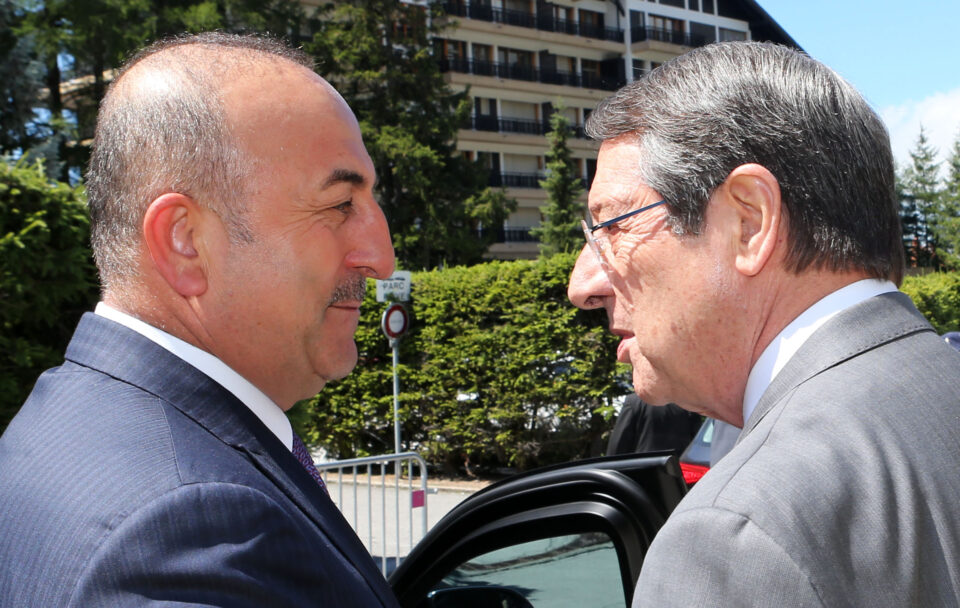 The president and his close associates, as a result of the way they handled the situation, have left Cyprus without any real alliances

By Achilleas Demetriades, presidential candidate for the 2023 elections

The new discussion about what happened in Crans-Montana brings into the limelight some old but not forgotten issues.

What happened at that conference?

What has happened since the meetings?

Where does the Cyprus problem stand today?

All evidence indicates that the president and his close associates handled a big opportunity for our country in a non-diligent and, at the end of the day, ineffective manner. The UN secretary-general had submitted a framework of six points – point 1 provided for the immediate abolition of the rights of intervention and point 2 for the withdrawal of the invasion army reducing the military numbers to the two contingents which the 1960 Treaty of Alliance provided (Eldyk 950 and Tourdik 650 soldiers).

The last point, as everybody knows, is linked to the Zurich and London Agreements and any amendment thereof concerns the five sides which signed them and as such gave them legal status. Having the UN secretary-general’s proposals on the table – which met the main concerns of the Greek Cypriot side in security matters – it was necessary to move on with the negotiating process in order to answer the question relating to the contingents (sunset clause or review clause) at the highest level, namely the prime ministers of Greece, Turkey and the UK.

President Anastasiades put a stop to this development since he did not consent to the Greek PM joining the meeting. Consequently, an historic opportunity was lost which would have allowed us to proceed to the next step, so that everybody would clarify their final positions on all the points of the UN secretary-general’s framework.

Today’s references to “zero troops and zero guarantees”, as witnessed in public discussions, are essentially an attempt to distort reality. Those responsible for today’s impasse, those who were the protagonists of inaction since the end of Crans-Montana in 2017 and up to the removal of the Turkish Cypriot leader Mustafa Akinci, are trying to present themselves as the big negotiators to hide today’s reality: the failure to exploit the possibilities in Crans-Montana. There have been no peace talks since then, the Cyprus issue is not part of the international agenda and Cyprus is moving full speed ahead towards the rocks of division.

The president and his close associates, as a result of the way they handled the situation, have left Cyprus without any real alliances. Neither the UN nor the EU are dealing with the Cyprus problem at the highest level. The reason is simple: we have lost our credibility, nobody understands what we want and consequently nobody can support an incomprehensible policy. During these five years of inaction, the president sounded out various of his interlocutors about a “two-state solution”, something which the archbishop and the former negotiator have confirmed, applying the term “brainstorming” about two states.

My position is crystal clear: We cannot accept division, we reject the idea of two separate states, ideas which President Nicos Anastasiades was discussing behind closed doors with Turkey’s Foreign Minister Mevlut Cavusoglu. Today some pretend to be lofty negotiators in order to conceal the outcome of their policy: the deadlock in the talks, the opening of 3.5 per cent of the fenced off area of Varosha, our country approaching the rocks of division.

We need to act immediately to break the deadlock, using the two keys we have: the energy issue and that of EU-Turkey relations. Aligning ourselves with the EU is our shield. We need alliances to change the existing conditions so that Turkey will adopt a different stand. My firm position is that we have to struggle to restore the negotiating framework, to work with a view to achieving a comprehensive solution to rid ourselves of the occupation troops and to end the guarantees and the rights of intervention, so that we can apply fundamental human rights throughout the territory of Cyprus.

Cyprus deserves better and it is worth fighting for!