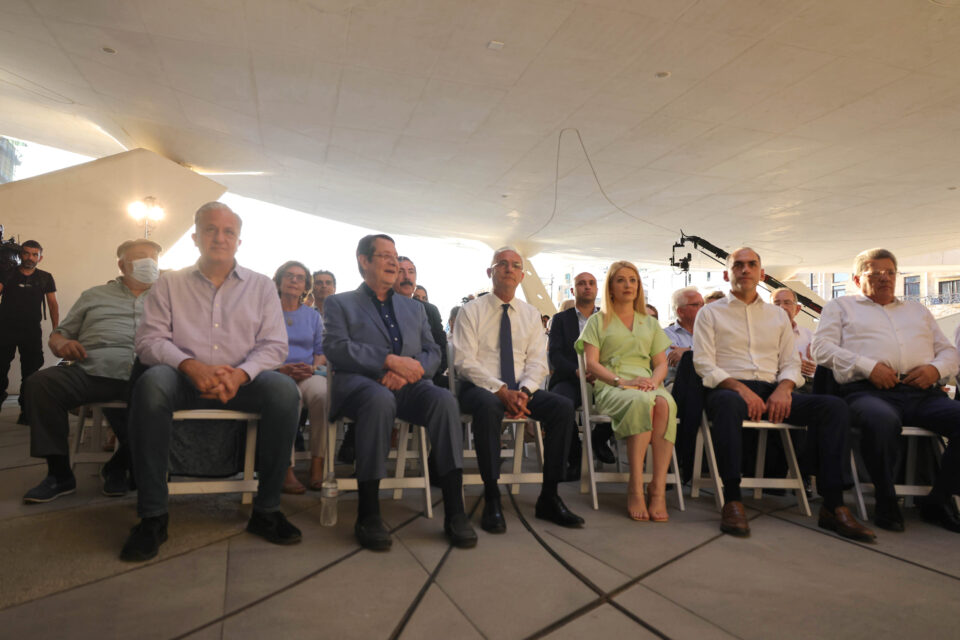 Disy leader and presidential candidate Averof Neophytou on Monday unveiled his 100-point plan to reform and modernise the country, pledging that under his administration Cyprus would transition to “the next day.”

He was speaking at an event marking the 46th anniversary of the founding of the Disy (Democratic Rally) party, attended by President Nicos Anastasiades and other dignitaries.

“We call on the majority of Cypriots to join us, in a common front against populism and backwardness which are presented as so-called modernity,” Neophytou said in his opening remarks.

The 100-point plan covers all facets – economics, society, the justice system, international relations – across eight policy pillars, which Neophytou described as the backbone of his party’s full plank, to be fleshed out in a few months’ time.

He promised to create tens of thousands of new jobs and attract foreign investment to Cyprus.

On inflation, Neophytou conceded there was not much any one government can do on its own.

“Cyprus cannot interdict global inflation, and it would be wrong to slide into a populism that derails the state’s finances, like the one we experienced in 2013, by taking measures that might even exacerbate the problem,” he noted.

Instead, he promised targeted measures geared at vulnerable groups, reining in the cost of energy, a rapid growth in renewables and energy storage technologies, and boosting Cyprus’ self-sufficiency in food.

If elected, he pledged direct tax relief on annual incomes up to €28,000 for a period of one year, plus for anyone whose income is below €19,500 – the income tax threshold – the state would cover their social insurance contributions.

Aiming for the refugee vote, Neophytou proposes building new residential units, for which developers would be given incentives in the form or state land or extra building coefficients.

“In this way, state finances will not be burdened, but rather at a fast pace we will offer decent housing and title deeds to all eligible displaced persons.”

On migration, Neophytou said Cyprus has a duty to offer safe haven to all genuine refugees.

“On the other hand, it’s also true that our country has long surpassed its capacity for hosting irregular migrants. Our country cannot handle any more migrant flows. Once an asylum seeker’s application is rejected, he or she must leave the country. At the same time, we must stop the incentive that allows every asylum seeker to work until their application has been processed.”

Regarding the national health system, Gesy, Disy wanted to “tweak” the system but keep intact its “philosophy and character.”

The party also undertakes to speed up digitisation in the public sector, which among others would expedite the payment of benefits.

“No one’s benefits should take more than a month to be paid,” asserted Neophytou.

Promising to keep pursuing a settlement to the Cyprus problem, the Disy leader spoke of “a radical approach to the matter of Cyprus’ security.”

He added: “We will break the taboos and ask for the engagement of European, Euro-Atlantic institutions and Nato. I believe that from now Cyprus should put forward the issue of applying to join Nato. Just like the hydrocarbons, security too can unlock the Cyprus problem.”

On the island’s offshore natural gas resources, Neophytou said the window is closing for monetising them, by expediting cooperation with Greece, Israel and Egypt.

“We exclude no one, not even Turkey, from this drive, provided however that there is respect for international law and the Law of the Sea. We believe that hydrocarbons can have added value for all, once the Cyprus problem is solved.”