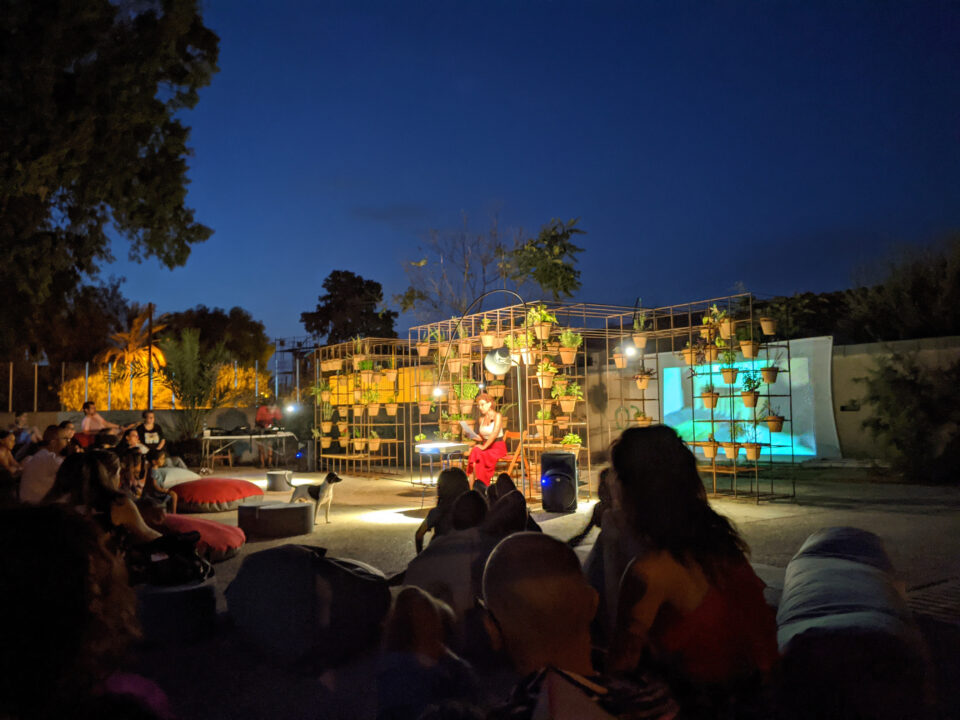 A from the bottom up festival in a quiet Nicosia area invites the public to get to know the island’s past and present heritage in a series of interactive events. ELENI PHILIPPOU finds out more

Kaimakli is a quiet, somewhat forgotten part of Nicosia, adjacent to the buffer zone. In recent years, however, new residents, artists, families, refugees and young locals, have brought life back to the area. With the help of a few Kaimakli-based enterprises, NGOs and associations, the neighbourhood is finding its spirit once again and invites the public to share it.

Every July, all of the new life comes together as NGO Urban Gorillas organises the Pame Kaimakli festival throughout the streets of Kaimakli, involving both the local community and visiting creatives. This summer too, the NGO is getting ready for another edition with more than 20 artistic projects happening in public spaces. At its core, Pame Kaimakli is all about activating the neighbourhood and bringing communities together for fun, interactive and creative experiences.

The first Pame Kaimakli was held in 2013 and was initiated by an active group of residents orchestrated mainly by architect, professor at the University of Nicosia and founding member of Urban Gorillas Yiorgos Hadjichristou. The festival began with a wish to create an open, inclusive and cohesive neighbourhood by bringing locals and visitors together while showcasing the area’s heritage. Now it has become an annual event.

The 2022 edition, held from July 8 to 12, is funded by the Cultural Services of the ministry of education and the Municipality of Nicosia and supported by numerous official bodies.

“The main focus of our work,” curators Hadjichristou, architect Teresa Tourvas and urban designer Veronika Antoniou told the Cyprus Mail, “is to transform public spaces into lively, innovative and inclusive hubs, to cultivate civil society and to impact policies.” Pame Kaimakli Festival offers a taste of that through creative experiences and this year will be no different.

Throughout the five days of the 2022 festival, old Kaimakli will host a series of performances, screenings, discussions and participatory events, all for free, with the theme to create an Urban Playground.

“An urban playground may be interpreted as the arena where emerging urban vibes will be scripted and given life,” explained the organisers. “The playground idea is the catalyst that breaks boundaries between people of different backgrounds, cultures and ages, breaking the ‘walls’ of preconceptions, and fixed ideas that separate the people.

“Additionally, as our lives have been transformed as a result of the pandemic this year’s thematic highlights the importance of public spaces to enable human connections as well as the need to create links between humans, city and nature. The event, therefore, invites residents and visitors to explore their urban environment through playful tools and interventions and to embrace a new reading of the urban open spaces as our common meeting ground.”

With this in mind, Pame Kaimakli will host a pop-up cinema with films from two European film festivals as well as from Animafest Cyprus, up-cycling workshops for children, art installations, a pot-luck dinner, a community planting activity, a treasure hunt among others. In addition, four kite-making workshops will be conducted in early July in collaboration with the Japanese OBI collective and kite technician Michiyoshi Yamamiya from Νiigata, Japan, a city famous for its kite makers. The full programme of events is published on the Facebook and Instagram pages of Urban Gorillas and the Facebook event page of Pame Kaimakli but the team says there is plenty to look forward to.

“The 2022 edition also welcomes international projects, notably the European funded projects as the A-Place and the ECRN -European Creative Rooftop Network,” Urban Gorillas said. “It also welcomes a project funded by the Osaka World Exposition Commemorative Fund which is about a series of peace-making activities, the most important one being the construction and flying of kites along the buffer zone. In addition, a new collaboration with the Unficyp may also facilitate the participation of a larger number of Turkish Cypriots in the festival’s events.”

Bringing actions into the streets and engaging the local community is a major aspect of Pame Kaimakli’s actions and holding events in the urban environment is their way of activating underutilised public spaces and bringing crowds together.

“Kaimakli neighbourhood may be one of the best examples where the sense of community is still evident. The festival builds upon this sense of community, creating bridges and connections revealing the hidden and intangible aspects of the place. At the same time, the festival aims to integrate and strengthen minorities in the community such as the elderly, youth, children and migrants.

“Unlike other successful and of course interesting festivals,” they concluded, “the uniqueness of the Pame Kaimakli festival lies in its genuinely ‘bottom up’ community-engaged process. The festival also engages notions of ‘spontaneous and ephemeral urbanism’, giving voice to minorities and usually forgotten groups of people while bringing the ‘urban vibes’ in the houses and forgotten spaces of the neighbourhood.”

Pame Kaimakli will reawaken street life thanks to the artistic expression and collaboration of its locals. “Through planned events and open invitations, festival visitors explore the urban fabric of the neighbourhood while encountering values of empathy, camaraderie and connection with the local community.”