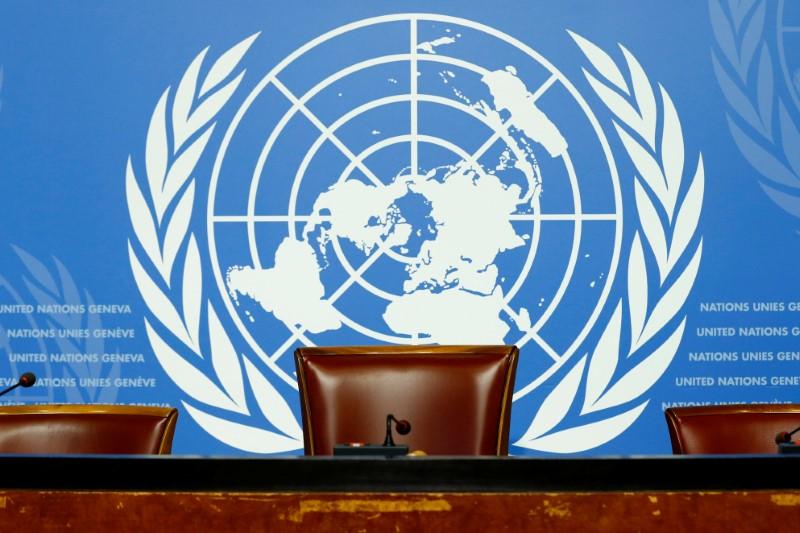 A United Nations envoy to lead engagement with the parties could provide critical support, UN Secretary General Antonio Guterres has said in his Good Offices mission to Cyprus report.

“While underscoring the importance of the work of the technical committees and the positive impact of confidence-building measures for trust-building between the two communities, I believe that only genuine progress towards reaching a consensus starting point for meaningful, results- oriented negotiations leading to a settlement will reassure Cypriots as well as the international community that a peaceful and shared future on the island truly remains possible”, Guterres stressed.

The copy of the Secretary General’s Report on his Good Offices mission to Cyprus was given to members of the Security Council on Tuesday.

The report is focused on developments from December 16, 2021, to June 14, 2022. It provides an update on the activities carried out by his mission of good offices under the leadership of his Deputy Special Adviser on Cyprus, Colin Stewart.

As the report says the Turkish Cypriot political landscape has been characterized by uncertainty and increasing polarization. In the Republic of Cyprus, unofficial campaigning for the presidential elections scheduled for February 2023 has started.

“The two sides engaged in a concerted effort to revitalize the work of the technical committees, as called for by the Security Council. In this context, my mission of good offices extensively interacted with the two sides. In the weekly trilateral meetings, the representatives of both leaders and the Deputy Special Adviser on Cyprus agreed to insulate the work of the technical committees from the broader political dynamics over the Cyprus issue, subsequently achieving a number of new bilateral agreements”.

The reporting period saw fluctuations in the regional situation. Relations between the guarantor powers, Greece and Turkey, seemed to be improving, particularly in March, but tensions gradually increased again towards the end of the reporting period.

Representatives exchanged views on developments taking place on the island and in the broader region and reconfirmed their commitment to the creation of an atmosphere conducive to the eventual restart of formal negotiations on the Cyprus issue at the level of the leaders. They also stressed and made suggestions for joint confidence and trust-building measures, discussed the importance of the work of the technical committees and expressed readiness to engage more with youth on the Cyprus issue.

The mission of Good Offices continued to reach out to a broad network of interlocutors, both on the island and in relevant capitals, with the Deputy Special Adviser holding 52 meetings with the two leaders and their representatives, political parties, religious leaders and civil society organizations and actors.

In addition, 27 meetings were held during the reporting period with the European Union, the World Bank and diplomatic community.

“These discussions covered a broad range of issues related to creating conducive conditions for the peace process, impacts of the COVID-19 pandemic, advancement of mutually acceptable confidence-building measures and the promotion of the work of the technical committees. Staff from my mission of good offices also conducted working-level visits to Ankara, Istanbul, Athens and Brussels for meetings with Greek, Turkish and European Union officials,” the report said.

“Despite the continued absence of full-fledged negotiations, and limited engagement on substantive issues in the peace talks, the two leaders and their representatives have continued to meet and engage with my Deputy Special Adviser, and practical measures have been taken to address issues of mutual concern,” the Secretary General said in his report.

The Secretary General reiterated his concern over developments in the fenced-off area of Varosha.

“The position of the United Nations on Varosha remains unchanged. I recall the decisions of the Security Council on the matter, notably resolutions 550 (1984) and 789 (1992), and I underscore the importance of adhering fully to those resolutions”.

“I remain concerned about the tensions in and around Cyprus and the broader eastern Mediterranean region. I urge all relevant parties to avoid unilateral actions that could heighten tensions and reiterate my call for serious effort to be made to defuse tensions,” Guterres added.

“I also reiterate that natural resources in and around the island should benefit both communities and constitute a strong incentive for the parties to urgently seek mutually acceptable and durable solutions to disagreements related to natural resources and ongoing or planned energy cooperation projects in the region, for the benefit of all relevant stakeholders,” he said.

According to the UN Secretary General, “in the continued absence of substantive dialogue on the Cyprus issue between the two sides and given the prevailing socio-economic and political climate, prospects for reaching common ground on the Cyprus peace process remain uncertain for the time being.”

“As the views on the role and mandate of an envoy continue to differ, no agreement has yet been found regarding the modalities for the appointment of a United Nations envoy, who could explore ways to reach common ground towards resuming negotiations for a lasting settlement in Cyprus,” he points out.

Our engagement with the sides and the guarantor powers continues in this regard. It should be recalled that the future of the process remains in the hands of the parties, he said.

“As we continue to support them in seeking common ground, the parties’ display of political will and flexibility remain of paramount importance. In this respect, a United Nations envoy to lead engagement with the parties could provide critical support,” Guterres stressed.

The UN Secretary General points out that “while underscoring the importance of the work of the technical committees and the positive impact of confidence-building measures for trust-building between the two communities, I believe that only genuine progress towards reaching a consensus starting point for meaningful, results- oriented negotiations leading to a settlement will reassure Cypriots as well as the international community that a peaceful and shared future on the island truly remains possible.”

“I have maintained contact and dialogue with the parties, as have my Deputy Special Adviser and senior management at United Nations Headquarters, and we will continue to do so in the coming period. In these efforts, I remain guided by relevant Security Council resolutions that have established United Nations parameters,” he noted.

Once again, he encouraged “all Cypriots to engage actively in shaping the future of the island and to look forward with pragmatism. Continued efforts are needed to find a mutually acceptable way forward to ultimately bring the Cyprus issue to a settlement and bring peace and prosperity to all. In the meantime, I urge the guarantor powers to support dialogue and cooperation between the two communities.”

Referring to the technical committees, he said that they continue to do important work, albeit with varying degrees of effectiveness. Many have made progress based on the effective use of personal engagement, political empowerment and available expertise. During the reporting period, significant strides were made by the Technical Committees on Broadcasting and Telecommunication, Cultural Heritage, Crime and Criminal Matters, Environment, Economic and Commercial Matters, Gender Equality and Health. At the same time, there have been challenges to the effective functioning of the Technical Committees on Crossings, Culture, Education, Crisis Management and Humanitarian Affairs.

Guterres called on the two leaders “to ensure that timely appointments are made whenever needed to staff the committees and that the committees are empowered to develop proposals and implement projects to further enhance intercommunal contacts and improve the daily lives of all Cypriots.”

He further pointed out the drastic effects of climate change and increasing frequency of wildfires and floods on the island, the technical committees remain underutilized. “I encourage cooperation between the two sides on these important issues, including via the committees working on the environment and crisis management”.