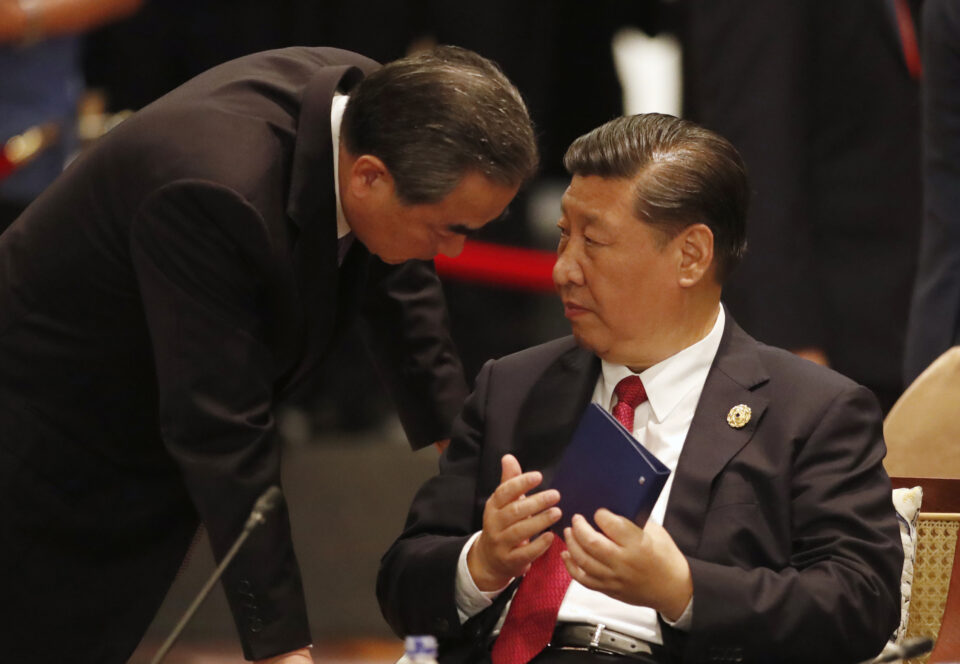 On July 19, Cyprus Mail published a reportage titled “As China flexes its muscles in the Indo-Pacific, Canada and Austraila must step up”.

I deeply regret the strong Cold War mentality, ideological bias, and the alarming amount of false information about China the reportage presented, and feel obliged to clarify and share my thoughts from a more objective point of view.

In today’s world, the deficits in peace, development, governance and trust are extremely prominent and imminently needs the collective actions of the countries around the world.

The hyping up of the Cold War mentality and provocation of bloc confrontation through building self-serving and exclusive “circles” by some people go against the trend of the times. They do nothing but exacerbate global tensions, which is not in the interest of peace and development of the Asia-Pacific and the world at large.

It is no secret that Nato tries to build a version of itself in the Indo-Pacific to contain China. Nato’s recent positioning of China as a “systemic challenge” smears China’s foreign policy, normal military development and national defence policy.

China has always been a builder of world peace, a contributor to global development, and a defender of international order.

China has never invaded any country, or engaged in proxy wars, nor has it joined or formed any military bloc. Anyone without prejudice that makes a comparative study between Nato’s role in past international conflicts and China-proposed Global Security Initiative and Global Development Initiative, will be brought to a merit-based conclusion.

Under the current context of complex and turbulent situations, Nato’s expansion into the Asia-Pacific will surely be opposed by the vast majority of the countries in this region.

The accusations of so-called “trade coercion” and “hostage diplomacy” against China are groundless and distorting the facts. For any bilateral relationship, a healthy and stable political relationship is the precondition and guarantee for practical cooperation.

Moreover, the necessary measures taken by competent Chinese authorities on defective products exported to China fully comply with Chinese laws, regulations and international practices. It is beyond reproach.

Speaking of “hostage diplomacy”, I am afraid that China is the real victim. I believe our memories are still fresh of Huawei CFO Meng Wanzhou, who was arbitrarily detained in Canada for 1028 days.

China is a country under the rule of law. In the cases of Michael Spavor and Michael Kovrig, the facts about the crimes the committed, that endangered China’s national security were conclusive.

They both confessed to the facts of the crime and hand-wrote confessions and repentance. The reportage distorted the facts, confused right and wrong, and misplaced the victim and perpetrator.

The development of relations between China and the South Pacific island countries is not born out of nowhere, but an ensuing result of China’s adherence to the principles of equality, mutual respect, mutual benefit and win-win in dealing with all countries whether big or small.

China has never forced those island countries to take sides, or coerced them to trade, nor has it ever sought selfish gain or so-called “spheres of influence”.

China has firmly upheld and respected other countries’ sovereignty in the spirit of the principle of non-interference in internal affairs.

China’s security cooperation with the Solomon Islands is based on equal consultation and is conducive to promoting the latter’s social stability and long-term peace.

The reportage also mentioned the South China Sea issue. China’s territorial sovereignty and maritime rights and interests in the South China Sea were established throughout a long course of history and have been upheld by successive Chinese governments.

The importance of the Asia-Pacific region to the world cannot be overemphasized. Home to half of the world’s population and 60% of global GDP, Asia-Pacific is a stabilising anchor for world peace, a growth pole for development and a new focus for cooperation.

China actively integrates itself into Asia-Pacific regional cooperation and has always been open to other countries’ participation in Asia-Pacific affairs.

At present, China’s contribution rate to Asia-Pacific economic growth exceeds 58%, while 62% of China’s trade, 86% of its actual foreign investment and 73% of its foreign direct investment relate to APEC members. China has an irreplaceable role in the development and prosperity of the Asia-Pacific region.

It is hoped that Canada, Australia and other countries in this region will meet China halfway, encourage positive interactions in the Asia-Pacific, respect each other’s legitimate rights and interests, forsake hostility and containment policies, practise open regionalism and true multilateralism, jointly address COVID-19, post-pandemic economic recovery and other global challenges, and build Asia-Pacific into a home for all and a community with a shared future for mankind.

Wang Sheng Charge d’Affaires, a.i. of the Embassy of the People’s Republic of China in Cyprus

Anastasiades Covid-free, to return to duties