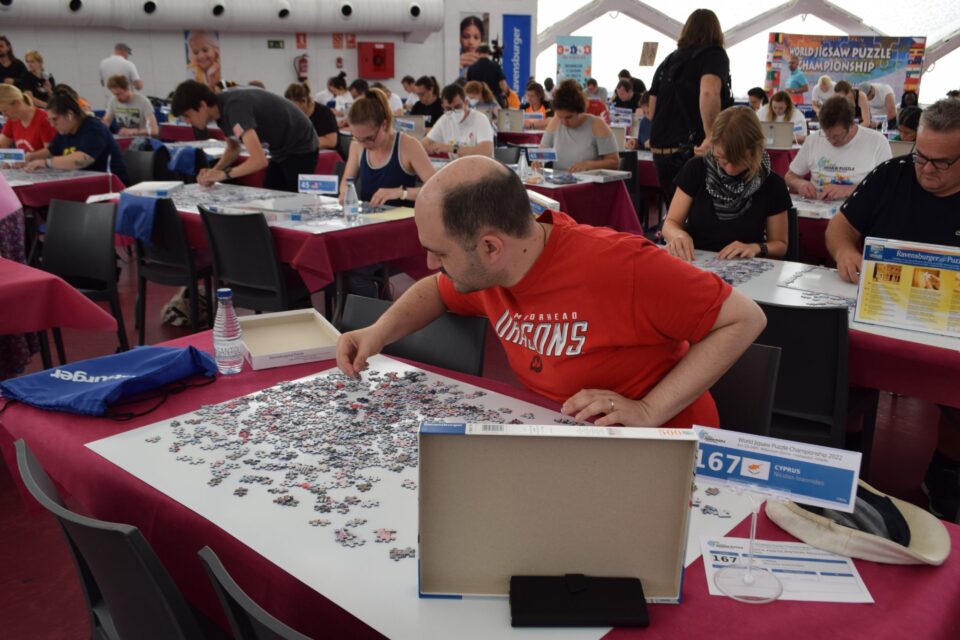 The recent World Jigsaw Puzzle Championships saw a sole Cypriot competitor who, despite coming last, had the time of his life finds ALIX NORMAN

So often we write about people who are top of their game – the movers and shakers who are out there competing for Cyprus at an international level, making a real name for themselves. There’s the Cypriot Nascar racer who’s on his way to taking the title; the ski-ier who competed at the Olympics; the female MMA fighter who’s destined for the top. So it’s refreshing to come across a local who, despite finishing last in an international contest, professes nothing but enjoyment for his passion!

“I came last,” smiles Nicholas Ioannides. “Out of all the individual competitors from around the world, I finished in last place. And that’s totally okay. I had a great time, and it was so much fun!”

The sole Cypriot competitor at the recent World Jigsaw Puzzle Championship, Nicholas is an unassuming, delightful man. A dedicated father and devoted husband – “my wife is endlessly tolerant of my passion for puzzles!” – the 34-year-old is currently in Spain on secondment to the European Union Intellectual Property Office. He misses his family, he says, but the work is fascinating. And he’s thankful to be based in the town of Alicante, because it’s largely his location that allowed him to compete in the recent Championship…

“I knew about the World Jigsaw Puzzle Championship, because I’ve been a puzzle enthusiast for a few years now, and I’m always looking at jigsaw-related content on the internet. So when I came across the World Championship and realised it was in the Spanish city of Valladolid, I thought it was an opportunity that was too good to miss! If I’d had to travel from Cyprus, the cost would have been prohibitive – two flights and a long bus ride – but I’m right here in Spain! So, back in March, I sent the hosts, the World Jigsaw Puzzle Federation, an email enquiring about what it took to compete in the annual Championships in June…”

Nicholas was surprised by the response. “It was all quite informal,” he relates. “I asked if anyone could attend, or if there were qualifiers beforehand. I mean, I’ve never speed puzzled before – I didn’t know what to expect. Anyway, they told me that anyone who liked could pay the nominal entrance fee – just 20 euros for individual competitors – and register themselves as a contestant. So I did! I thought it would be a great experience, and I believed I was quite good!” 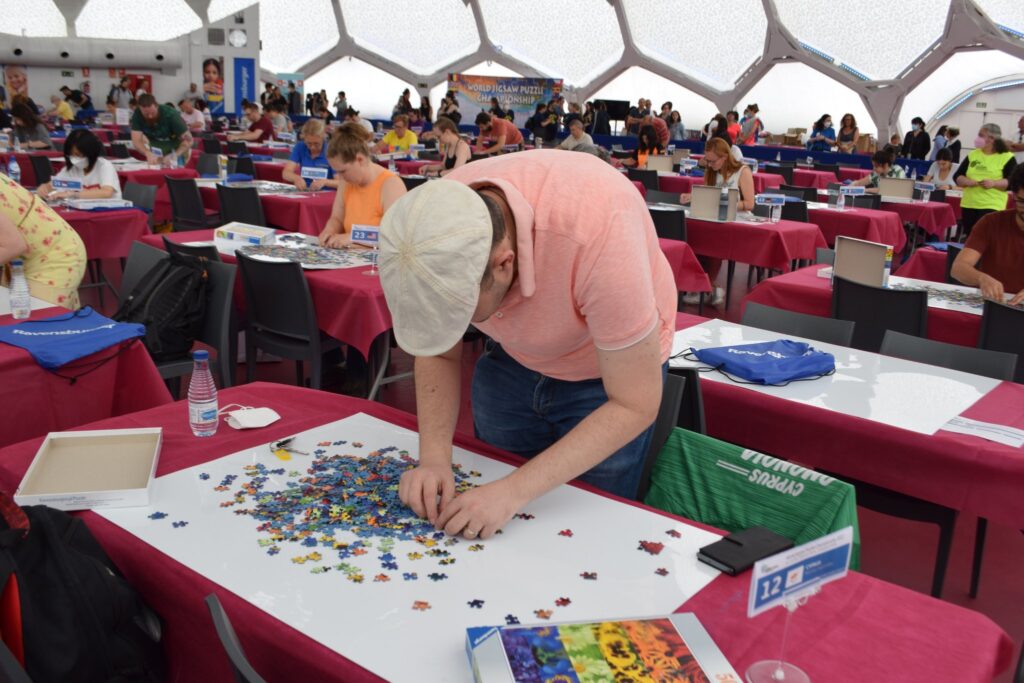 Nicholas has been puzzling on and off for years, first with his brothers, and later, inspired by his father-in law’s passion for puzzles. “I’ve always enjoyed assembling jigsaws,” he says, “but I’ve taken a few breaks – when I got married, and when I had my daughter. But I’d never,” he adds, “tried speed puzzling before. And that’s what the Championships are about…”

Sponsored by renowned jigsaw brand Ravensburger, the World Jigsaw Championships pit individuals, pairs, or teams against the clock in a race to the finish. It’s a format that first took off in Spain, and then more globally; competition entrants came from as far afield as Brazil, Australia, America, and New Zealand.

“And, for the first time, Cyprus!” Nicholas enthuses. “I don’t think there’s ever been a Cypriot entrant before. And that played in my favour. Because the rules state that the top two competitors from each country go through to the final. So I knew, as I went into the preliminary, that whatever I did, I had a seat in the final!”

Nicholas feels a little guilty about this. “There were people from the States and from Spain who were way quicker than I was,” he grimaces. “But because I was the only person from Cyprus, I automatically went through. We each had a specific amount of time – 90 minutes in both the prelim and the final – to complete a 500-piece puzzle. And if you didn’t finish, they counted up the pieces you had done, and that contributed to your score.”

Although Nicholas exceeded the time limit in both stages, he completed 143 pieces in the preliminary round, and 153 in the final, pipped to second-last by a few pieces. “I really enjoyed doing the puzzles, and it was just great to be there. I got a free tour of the city, a t-shirt from the competition, and the two puzzles I’d been assembling in the preliminary and final – one of which, Ravensburger will not publicly release until next year!”

Nicholas was also thrilled to meet so many fellow puzzlers. “People from all over the world who really love puzzles. It made me realise how everyone does jigsaws for their own reason – it’s never the same thing twice. Some people enjoy the process of building a puzzle; others enjoy jigsaws because they’re a solitary past-time. Many of the competitors I met relished the thrill of teamwork or the challenge of competing against others. Me, I’m not competitive. I puzzle because I enjoy seeing things finished, completed.”

In the event, Nicholas didn’t finish either of his puzzles. “But I was sitting right behind the man who came first!” he exclaims. In the YouTube stream of the Championship, Nicholas can clearly be seen pausing in his own task to generously applaud the winner, whose time of 34 minutes for a 500-piece puzzle beat the second-placed puzzler by almost 10 minutes!

“That was the best thing about the event: learning from others,” Nicholas enthuses. “I got to know so many puzzle enthusiasts from around the world, and they were all so helpful and kind: I got loads of advice on how to create a social puzzling group in Cyprus, something I very much want to do. And also on speed-puzzling strategies. So now I can put all this amazing advice into practice and, if I am able to return next year, perhaps I’ll be better. I still don’t mind if I come last,” he smiles. “The only person I ever need to beat is myself. But I know I will have so much fun!”

For more information on the World Jigsaw Puzzle Championships, and to view the live streams of the 2022 event, visit http://www.worldjigsawpuzzle.org/

‘We wooed each other with food’

Man arrested in Paphos for speeding and drunk driving