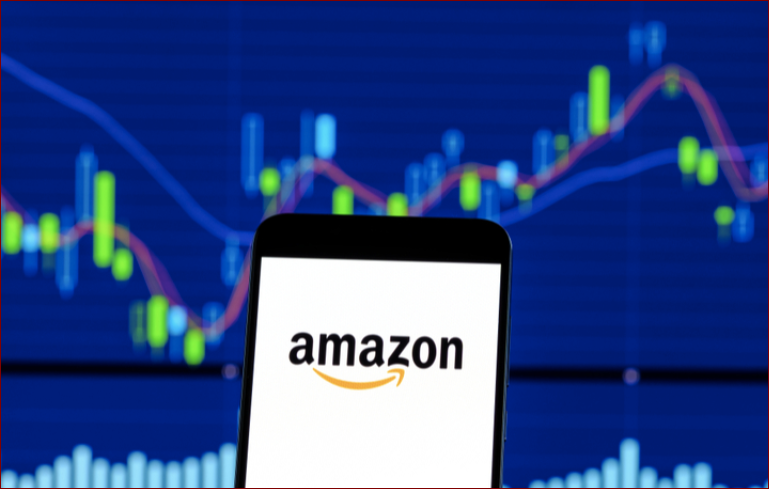 The largest company in the world, Amazon.com Inc. (AMZN), is a global leader in e-commerce and cloud computing. The company operates an online store with a broad assortment of products, mostly from other sellers. It also offers streaming options for movies and music. In addition, Amazon’s cloud services platform hosts online applications for a wide range of customers.

Founder Jeff Bezos envisioned the company’s rapid expansion and e-commerce dominance when it initially went online in 1995 as a website that exclusively sold books. From the outset, he wanted Amazon to be “an everything store.” After names changed from “Cadabra” to “relentless.com” and now Amazon.com, a May 1997 initial public offering (IPO) saw the start of trading for Amazon shares. Its stock trades at Nasdaq.

Seattle has long been the home of Amazon. It revealed plans for a “second headquarters” in Arlington, Virginia, in 2018, with an opening date of 2023. Since Bezos stepped down as a CEO in July 2021, Andy Jassy has led the world’s largest online retailer. Bezos is still the executive chairman.

For investment reasons, Amazon is categorized as consumer discretionary equity. It is also included in several mutual and exchange-traded funds geared toward the technology sector to acknowledge Amazon Web Services (AWS) position as a top cloud computing provider. With net sales of $469.8 billion for the fiscal year that concluded on December 31, 2021, Amazon reported a net income of $33.4 billion. In 2022, experts forecast Amazon’s stock price to be over $210

The first stock split since 1999 was announced by Amazon.com Inc. (AMZN) in March.  Finally, on June 6, the 20-1 stock split became effective. Shares had increased more than 4,500% from the previous split of $2,785 at the time of the announcement. In addition,  Amazon authorized a $10 billion stock repurchase on March 9.

Reason for the stock split:

Within the first two years after being public, the firm had its first three stock splits; its fourth happened more than 20 years later.

Acquisition of the MGM

The acquisition was Amazon’s second-largest after its $13.7 billion purchase of Whole Foods in 2017. The agreement announced on May 26, 2021, was worth it. The business could improve its video streaming options thanks to it. The Federal Trade Commission (FTC), which thoroughly examined the arrangement, apparently decided against attempting to stop it because its four commissioners were split along political lines.

The antitrust lawsuit against Amazon

On March 18, 2022, the District of Columbia’s attorney general filed an antitrust lawsuit against Amazon. However, on March 18, a judge in the U.S. Superior Court dismissed it because the lawsuit failed to show how Amazon’s agreements with third-party merchants, which require them to price their goods on Amazon no higher than they do elsewhere, increase consumer prices.

As a result, the District of Columbia’s attorney general requested a judicial review on April 13, 2022. He asserted that the arrangements permit Amazon to charge more for third-party listings than other online marketplaces since merchants cannot pass on the cheaper listings costs to customers.

A class action lawsuit against Amazon was filed on March 11, 2022, by two frequent Amazon customers and multiple legal firms about the same “most favored nation” price restrictions. A U.S. district court judge in Washington state decided to dismiss the case.

The U.S. Consumer Product Safety Commission (CPSC) sued Amazon in mid-July 2021 to get it to recall dangerous items that independent merchants were selling on its marketplace. 24,000 defective carbon monoxide detectors, 400,000 hair dryers sold without the necessary immersion protection mechanisms to prevent electrocution danger, and an undetermined number of children’s sleepwear garments that did not adhere to needed flammability requirements were among the items.

Amazon’s response to its product recall

Amazon claimed it was a third-party logistics provider exempt from CPSC’s requirements on product distributors. As a result, Amazon went ahead and removed some of the hazardous product listings, informed buyers they presented a hazard and offered a refund in the form of an Amazon gift card.

Amazon failed to follow all the requirements the CPSC places on product distributors, including issuing a recall notice approved by the agency specifying the hazards, tracking product returns, and documenting the destruction of hazardous products. Nevertheless, on January 19, 2022, an administrative law judge decided that Amazon must abide by the CPSC distributor regulations because it performs tasks that qualify it as one, such as making decisions on product returns and consumer reimbursements.

The first successful unionization attempt at an Amazon facility took place on April 1, 2022, when employees at the JFK8 warehouse in Staten Island, New York, voted for the recently established Amazon Labor Union to represent them in collective bargaining.

On April 8, 2022, Amazon submitted a move to the National Labor Relations Board (NLRB) requesting that it nullify the Staten Island election results because union supporters had broken the law and that the NLRB’s regional office had been biased in favor of the union.

In an election rerun on April 9, 2022, the NLRB reported that workers at an Amazon facility in Alabama had rejected union representation on March 31 because the business had unfairly influenced the initial vote.

An administrative law court found on April 18, 2022, that Amazon had dismissed an employee from the Amazon Labor Union at the Staten Island facility illegally in 2020 as punishment for protected organizing efforts.

The second Amazon facility in Staten Island held a union representation election on April 25. According to data from the National Labor Board, on May 2, 2022, the campaign to unionize the Staten Island warehouse failed, with 618 employees voting against joining the union and 380 in favour.

Court stenographers say they are understaffed and overworked