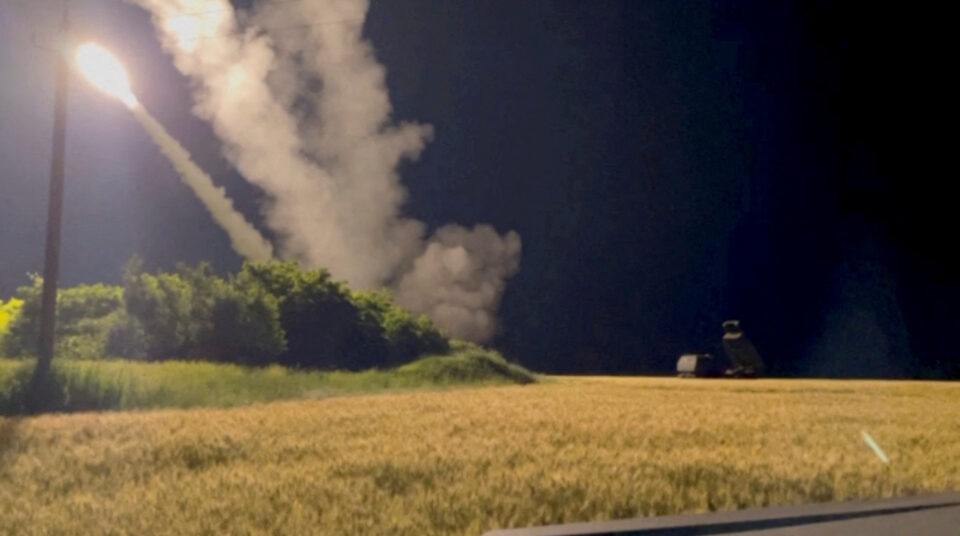 A view shows a M142 High Mobility Artillery Rocket System (HIMARS) is being fired in an undisclosed location, in Ukraine in this still image obtained from an undated social media video uploaded on June 24, 2022 via Pavlo Narozhnyy/via REUTERS/File Photo

The Biden administration’s next security assistance package for Ukraine is expected to be $1 billion, one of the largest so far, and include munitions for long-range weapons and armoured medical transport vehicles, three sources briefed on the matter told Reuters on Friday.

The package is expected to be announced as early as Monday and would add to about $8.8 billion in aid the United States has given Ukraine since Russia’s invasion on Feb. 24.

The officials, speaking on the condition of anonymity, said that President Joe Biden had not yet signed the next weapons package. They cautioned that weapons packages can change in value and content before they are signed.

However, if signed in its current form, it would be valued at $1 billion and include munitions for HIMARS, NASAMS surface-to-air missile system ammunition and as many as 50 M113 armoured medical transports.

The new package follows a recent Pentagon decision to allow Ukrainians to receive medical treatment at a U.S. military hospital in Germany near Ramstein air base.

The White House declined to comment on the package.

The new package would be funded under the Presidential Drawdown Authority (PDA), in which the president can authorise the transfer of articles and services from U.S. stocks without congressional approval in response to an emergency.

HIMARS play a key role in the artillery duel between Ukraine and Russia has been described as “grinding” with very little movement of the front line in Ukraine’s eastern Donbas region.

Since Russian troops poured over the border in February in what Putin termed a “special military operation”, the conflict has settled into a war of attrition fought primarily in the east and south of Ukraine.

So far the United States has sent 16 HIMARS to Ukraine and on July 1 pledged to send two National Advanced Surface-to-Air Missile Systems (NASAMS).

It was unclear if the NASAMS launchers, made jointly by Raytheon Technologies Corp RTX.N and Norway’s Kongsberg KOG.OL, are already in Ukraine if the munitions were for launchers donated by another country, or if they were being prepositioned.

The armoured personnel carriers outfitted with medical equipment could make the fight with Russia more survivable for Ukrainian troops who could then be sent to Germany for further medical treatment.

The Kyiv government said in June that 100 to 200 Ukrainian troops were being killed per day.