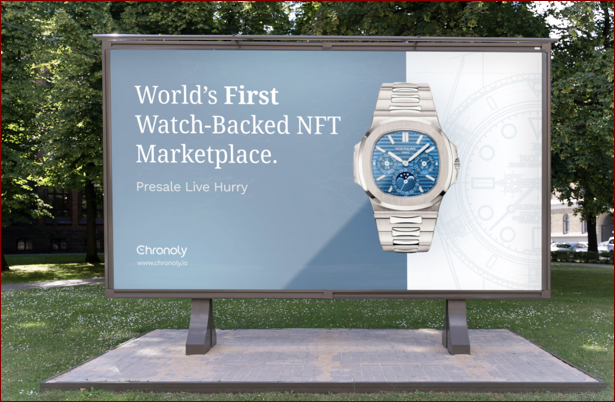 Non-fungible Tokens have been in the spotlight since 2020, when the cryptocurrency market was booming. It is notable that though the crypto market suffered a severe jolt in recent times, especially in the first half of 2022, the acceptance and demand for viable NFTs have remained intact. There is a score of buyers who are willing to invest in NFTs that show the growth potential. It is the same reason why many crypto projects have either launched or are planning to launch their NFTs.

In this regard, Uniswap (UNI) and Chronoly.io (CRNO) are worth mentioning. While Uniswap is planning to launch NFTs on its platform, NFTs minted by Chronoly.io have become hot property among traders. The Chronoly.io project has become a massive success as the value of Chronoly’s CRNO utility token has increased by over 500% during its pre-sale phase.

Uniswap eyes NFTs to increase use cases of UNI

Uniswap (UNI) is one of the largest decentralized exchanges operating on Ethereum technology. It allows users to trade crypto without an intermediary. It is a program on the Ethereum blockchain for trading ERC20 tokens. In contrast to most exchanges, which intend to take trading charges, Uniswap (UNI) enables its users to exchange tokens easily without paying any platform charges or dealing with negotiators.

However, UniSwap has essentially been consolidating. The price of Uniswap has been witnessing a downward trend for the last few weeks. Low adoption of UniSwap, limited use cases of UNI and the bearish crypto market can be cited as major reasons behind the fall of the token price.

Thus, Uniswap is now diving deep down the NFT vertical to increase the utility of UNI. On June 22, Uniswap’s head of NFT products, Scott Lewis, announced that Uniswap would integrate decentralized NFT marketplace Sudoswap. The integration of Sudoswap, an NFT exchange, will allow the trading of NFTs on Uniswap. The company believes that full integration of NFTs through Sudoswap would increase the use cases of UNI.

Utility token Chronoly.io (CRNO) has been in the headlines for being one of those rare tokens that have registered growth during the time of the crypto market crash. In fact, the growth of Chronoly’s CRNO token has taken the market by storm, and the project has overtaken all its peers by a significant margin. CRNO has recorded a massive success during its pre-sale phase.

Chronoly.io is the world’s first digital marketplace where people can make a fractional purchase in luxury watches. The project allows people to purchase NFTs of luxury watches for as less as $10. Chronoly.io mints NFTs of rare watches from brands such as Rolex, Patek Philippe, and Richard Mille, among others. As per the Chronoly.io whitepaper, the watch market has the potential to record a profit of $49 billion. Besides, the secondary watch market is valued at $18 billion and is expected to increase significantly by 2025.

Chronoly.io has performed exceptionally well since its launch in May 2022. Its price has increased from $0.01 to $0.066 in just a few weeks. Experts have predicted that CRNO can grow by up to 1,000% before the end of the pre-sale phase. CRNO’s price is also expected to touch $0.75 sooner.

For more information about Chronoly.io presale