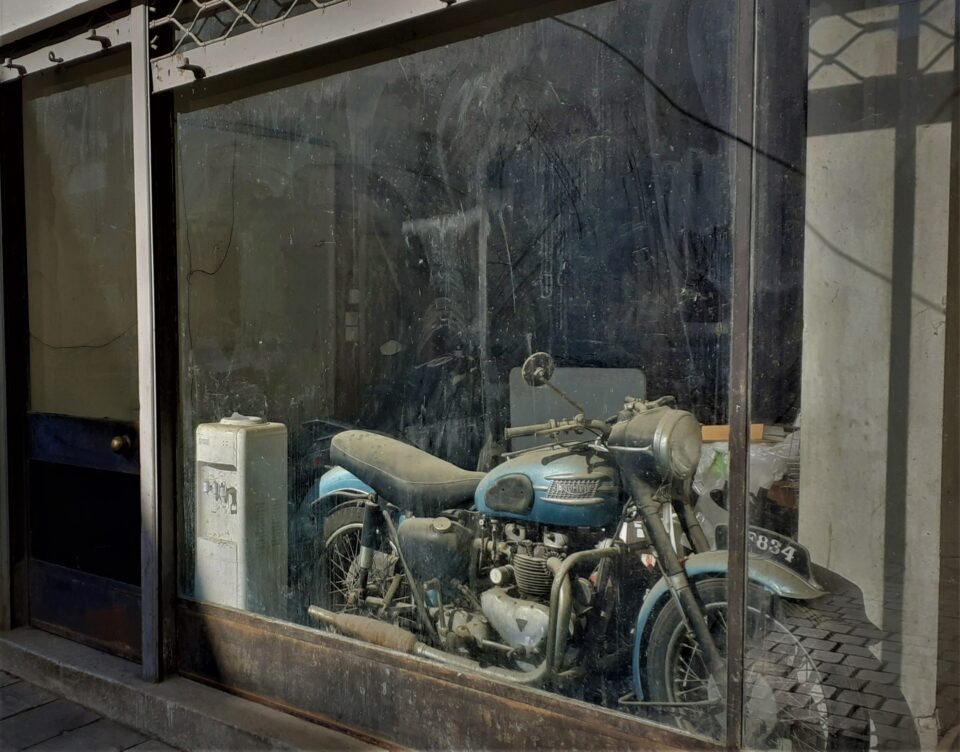 ‘I just want to show what’s there,’ says the photographer of abandoned shops and shabby alleys

How many sun/sea/sand pics of Cyprus do you see each day? Our tourist brochures promote beautiful scenery and happy people. Five of the top 10 ‘Cyprus’ image searches on Google show gloriously glass-clear water and white sand coves. And Instagram is flooded with photos that scream ‘look at this paradise – and btw, how hot is this bikini?’ But where, says Peter Jones, are the real photos? Because Cyprus isn’t perfect, despite what the internet would like us to believe. Outside the coastal perfection, there’s a raw underbelly that’s often ignored. And yet, it’s right under our noses…

‘A View Scene’ isn’t your usual photo site. But then Peter isn’t your usual photographer. 60-something and slightly grizzled around the edges, this Welsh native has lived on the island for nigh on 20 years. Like many of us, he’s been through job loss, the economic crash, and the exigencies of life. And though he still loves the island, warts and all, his photographic passion has taken him to the scruffy streets and shabby alleys that most of us never see. Why? Well, like Edmund Hillary’s ground-breaking ascent of Everest, Peter does it “because it’s there…”.

“I’ve always been fascinated by the things other people don’t see,” he reveals. “The scenes and moments that tell a different story: the classic motorbike in pristine condition that’s shoved in the window of an abandoned shop; the scattered blankets on a single, earth floored lean-to; the nine-fingered carpenter who poses with the bandsaw that took his digit. These are the stories we don’t see when we look for Cyprus. But they’re very real, nonetheless.”

A street photographer, Peter is passionate about the backstreets and alleyways of the city – most notably Nicosia, where he’s based. “I’ll set out several times a month, and just wander the Old Town on both sides of the border,” he explains. “It’s fascinating to see what you find out there: one second you’re on a glamorous, café-sprinkled boulevard; turn the corner and you’ve walked into urban decay: ramshackle huts and derelict buildings teetering above pot-holed passageways.

“These are the hidden parts of the city,” he adds. “They’re the areas no tourist will find; the nooks and crannies that even the locals may not know. And yet I feel they’re interesting.”

In his photos, Peter holds no judgement. “I simply document what’s there. I’m not being judgemental, and I’m not presenting a forced point of view. I merely hope to allow the viewer to interpret the photo in their own way – form their own opinion, develop their own story. While I’m conscious that what I do might give the authorities a bit of a headache, I do think it’s important to be aware of all sides of the story. Not just the pristine beaches and sparkling nightlife for which Cyprus is more usually known.

“I guess, in a way, I am being a tourist brochure – but for a very small niche of the market. ‘A View Scene’ is documenting places people wouldn’t normally know about or go to. So it isn’t for the sunshine and beach crowd. It’s for the people – both locals and visitors – who want to see something different. People like me, I guess, who are not afraid of reality.”

Peter admits to enjoying “the abandonment of things. But not in a pretty or poetic manner. There are a lot of photographers who glamourise abandonment: ‘Look at this beautiful old building’, or ‘Check out these sunbeams falling on a dilapidated stairway’! I don’t do that. I’m a bit more down-to-earth about things. A bit brutal, I suppose. It’s certainly not everyone’s cup of tea…

“A lot of people might see and turn away. But I like to bring out a story in my photos: a story of what was, what is, and what could be. Because when you’re taking photos of abandoned places or people who have been almost lost to society, you’re looking at a story of the past, present and future. It conjures a tale in the viewer’s mind, I think, of what caused this, what it has become, and what it might be. And that’s not very often a rosy picture!” 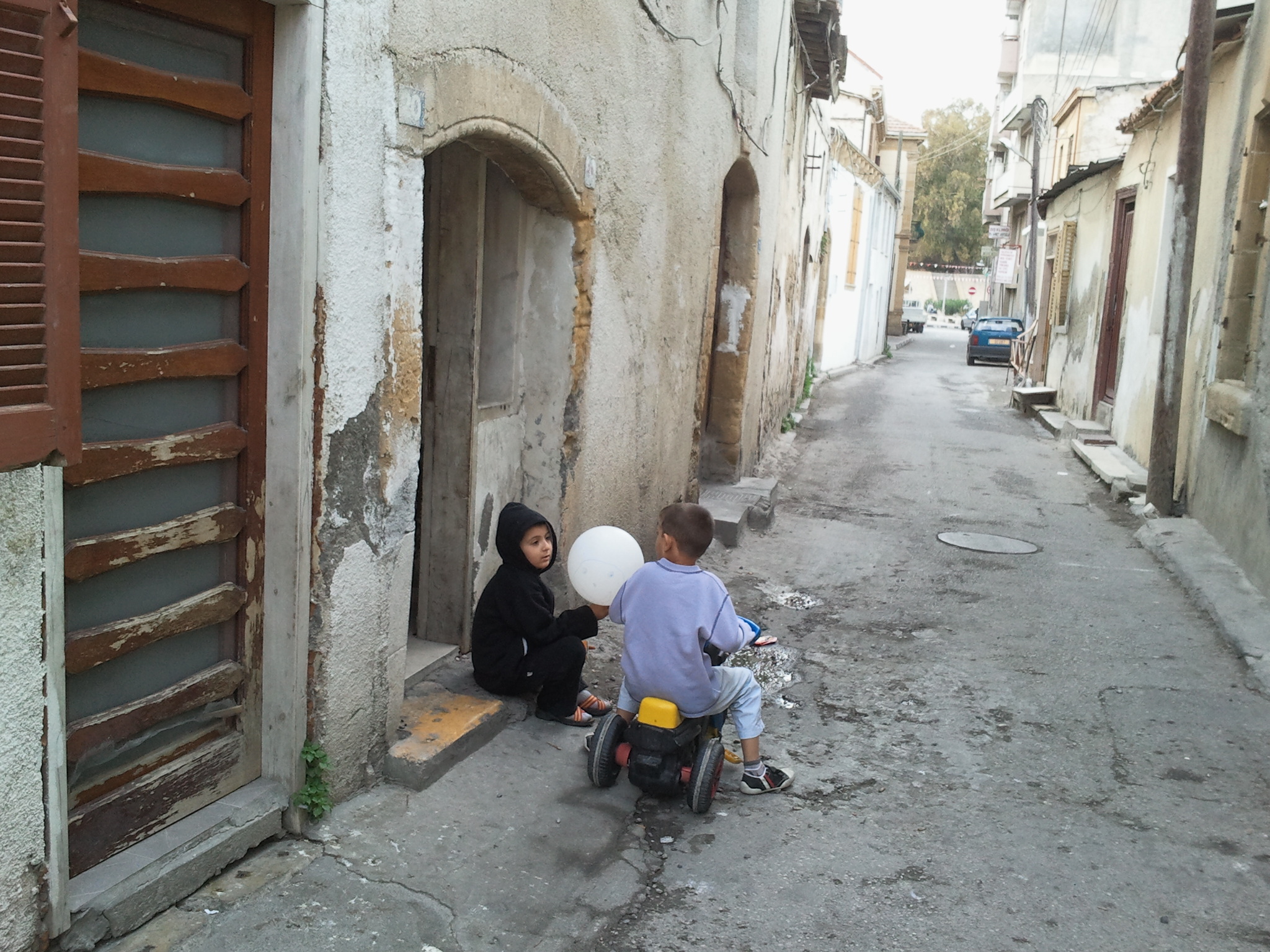 Although Peter paints himself as ‘a realist’, in person, he’s actually positive, enthusiastic and brimming with life. Street photography is clearly a passion for this Welshman, and he’s far more excited by the act itself than the views his pictures may garner.

“I love just getting out there and seeing what is,” he acknowledges. “Finding the moments and places and people who typify the urban reality; it makes my heart beat faster! I may take a hundred photos, come home, and choose just one to put on my site – mostly unedited, because then it’s real. It’s a passion. So I’m not driven by the views I get. I’m not some twenty-something hoping to parlay a massive following into monetary gain. I don’t even actively use social media. And I certainly don’t believe that every one of my photos is a 5-star effort. Some are very mundane, and that’s okay. Other are worthy of a little time, perhaps.”

In this like-driven world of photography, this is a refreshing viewpoint. Peter isn’t hoping to change anything with his photos; he’s not trying to broadcast a meaningful message or influence policy. He’s just taking photos of what is, and allowing anyone who stumbles across his site to form their own opinions.

“There is real life out there; out in the backstreets and byways of Cyprus,” he acknowledges. “It’s right under our noses. And it’s both raw and beautiful. There’s dereliction and poverty and heartbreak on our island, just the same as there is in any country. I just want to show what’s there.”

Outdoor yoga season is on