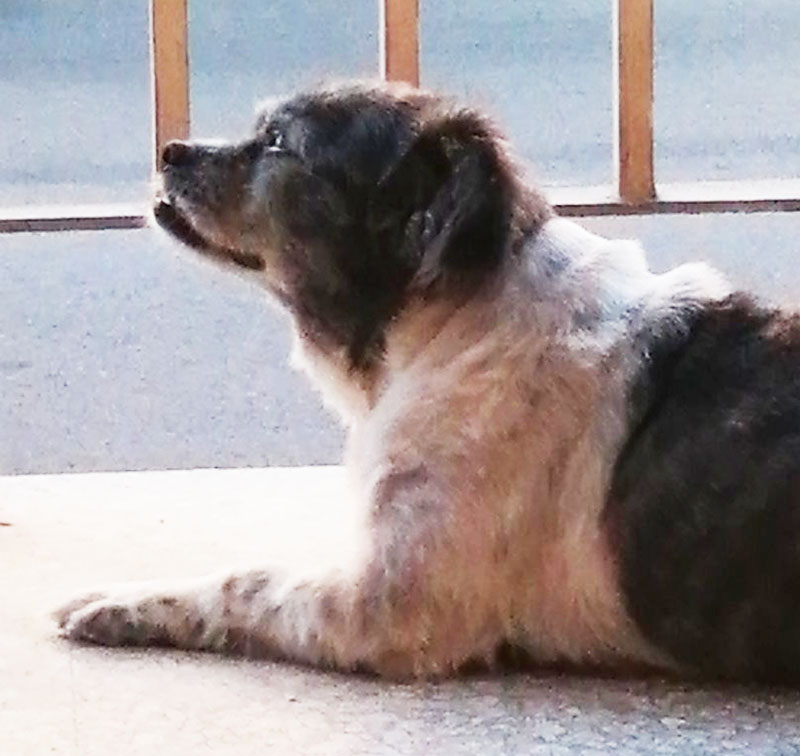 Death is the most certain thing in life, everything dies. And the hideous variety of ways by which death gathers its dues either from humans or creatures is immeasurable.

Years ago, one of my granddaughters attended the funeral of a friend’s grandmother, and she asked me would lots of people come to my funeral when I died. I said probably not as many of my old friends had popped off, others were scattered in Cyprus and abroad. The answer sufficed for then. I didn’t tell her I’d prefer to give this old husk to medical science rather than to a fire or worms.

To lose someone you love or care for suddenly is probably the worst blow. Helplessly watching suffering through a long-drawn-out illness is horrendous, but it allows time to accept and prepare for the sad inevitable. Loss of a loved one always leaves a bruised heart cemented in past pain, but when life is snuffed without warning, the shock takes more time to absorb and adapt to loss.

As a child I ran errands for an elderly neighbour until she succumbed to old age ailments. I asked my mother was she dying, and she said, ‘Her body is very old, but her heart won’t give up.’ When I lay down that night, I imagined I could hear in my mind, Mrs Rourke’s defiant heartbeat.

There are often regrets, why didn’t I do this, say that or hug more? We tend to dwell on things we should have done and failed to do and burden ourselves with guilt over unresolved differences. Don’t speak ill of the dead gets bandied around as though dying infers sainthood on the wicked or the nasty who have wronged you. If it helps, air your views to one you trust because even though the person is dead, that hurt can fester if left to. Unload; it’s not a sin or a betrayal. We’re all flawed, and our life song is not pitch perfect. We act and react as each day or situation demands and that’s life, that’s us; we don’t live in Elysian Fields frolicking merrily together. We quarrel, we argue, let it go, you can’t change it, it’s common sense to make peace with it.

My much-loved little dog was killed, just got away from me as I tried to navigate the steps and open the gate, so much stronger than her size would indicate, and the weak bones of my hands. She pulled on her lead, and instead of turning down the path as usual to sniff the canine messages on the corner, she dashed out onto the road and was hit by a car. As I picked her up blood poured from her mouth, the life force was draining from her. Eight years of solid companionship gone in a flash. Her enthusiasm for that morning or evening walk was boundless. She always set up a loud howl of ecstasy when she saw me take her lead. I still expect to see her sitting on the balcony, still expect her to come to the door, happy to see me home.

Animal lovers took time to commiserate sympathetically. I have cats in the garden, but Nuggy was with me day and night, my constant companion, snoring like a hibernating bear as she slept near me, I will miss her so very much. To those who will snort animals are not humans and there are people dying in horrible wars, of starvation, natural disasters and lack of medicines at affordable prices for the poor, I will say human death has entered my personal life several times and taken loved ones from me too soon. Nuggy’s blood is still staining the road more than two weeks later. I had seen that kind of bloodshed once before while living in a hostel when a pregnant girl was let down by her boyfriend, standing still in front of me, arms outstretched, blood cascading down her stained clothes from deep slits in her wrists, her eyes blank. She was saved but her scars will remain inside and out, and that picture is welded into the part of my mind under trauma that won’t ever be erased, like the sight of my dying dog.

The smell of fresh blood coming from carcasses being carved by hunters probably drew the dog’s ancestor to humans. Looking into those intelligent eyes long, long ago, someone threw a few scraps of meat and the animals quickly realised that these other creatures were useful and stayed close. Humans sensed the possibility of partnership that’s still active today with human-trained, smart dogs like Dixie ad Sofie saving other animals and birds from poisoning in Cyprus.

There is an ancient, mystic bond evident between people who feel it and love dogs, and are deeply enriched by it, so no apology for my grief. I have cried for what death has taken from me and others over years, but I am so thankful for what love has given me, in all its forms, human and animal.