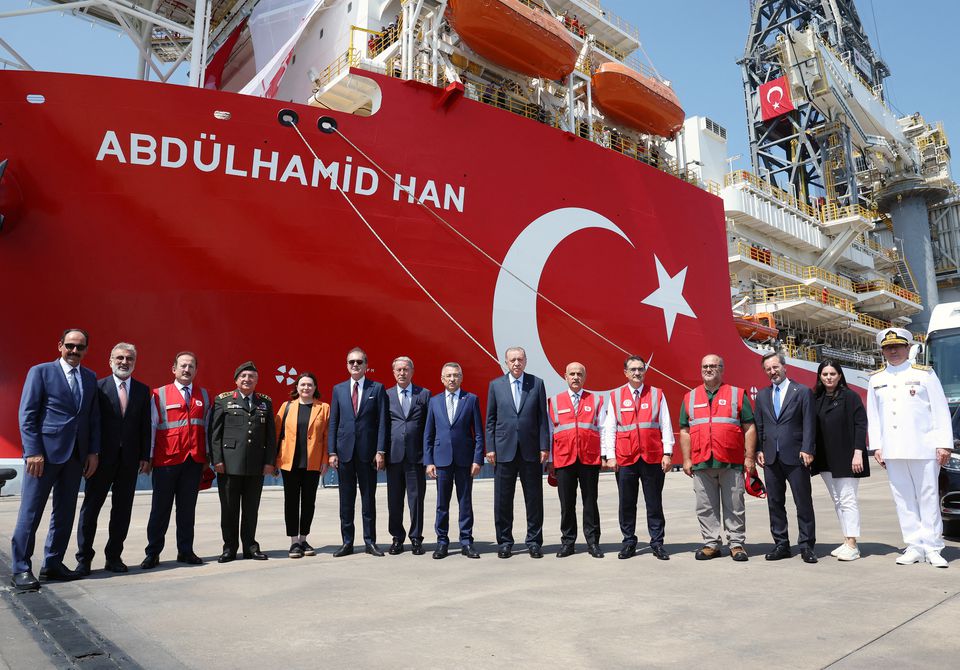 With the European energy crisis intensifying and the likelihood of complete Russian gas cut-off increasing – Russian gas supplies to the EU are down to about 40-year lows – this winter looks potentially bleak, with the already very high energy prices likely to reach new highs. Ursula van der Leyen has been reaching-out to any non-Russian gas producers to secure alternative supplies of gas as the EU ditches Russian energy.

But this quest is hamstrung by the European Commission’s (EC) insistence that “natural gas shall continue to play an important role in terms of energy consumption and electricity generation in the EU until 2030, after which its use in the EU will decline in line with its climate neutrality commitment by 2050.” This was stated very clearly in the recently signed EU-Egypt-Israel MoU on ‘Cooperation related to trade, transport and export of natural gas to the EU’, the validity of which has been restricted to nine years in-line with the 2030 target.

Such artificial limits discourage oil and gas companies and investors from investing in long-term projects – much-needed to avert a future crisis – that will need to operate into the 2040s to produce the required returns.

While renewables intermittency, especially long-term intermittency, remains a problem, back-up by a more flexible energy source such as natural gas will be essential. With no solution in sight, this is likely to remain a problem well into the next decade.

Europe is in an energy crisis, partly of its own making. It needs to recognise some stark realities if it is to get out of it: renewables need back-up and energy security is key. It needs to change its energy policies and to lock-in reliable, dependable and affordable supplies of gas well into the future. The best sources are indigenous sources, such as those in the East Med. The EU should prioritise their development and give the assurances and incentives needed to unlock them.

Between Cyprus and Israel there could be about 700bcm unutilised natural gas in the East Med, available for exports. This includes 300bcm at Israel’s Leviathan gasfield and close to 400bcm in Cyprus: about 120bcm at Aphrodite, 140bcm at Glaucus and, based on unconfirmed reports, possibly another 140bcm at ENI’s current drilling target in block 6, Cronos. And of course, with E&P activities having resumed, there is potential for more gas discoveries.

Once confirmed, such resources are sufficient to supply the EU with over 25bcm/yr, about a sixth of Russian gas supplies to Europe in 2021.

But their development hinges on overcoming key blockers: the unresolved Cyprus problem and EU’s reluctance to acknowledge that it will need natural gas longer-term, long after 2030.

Only recently, Cyprus Foreign Minister Ioannis Kasoulides acknowledged that without solution of the Cyprus problem, geopolitical risks, due to Turkey’s continuous threats, deter oil companies and financial institutions from investing in such projects.

This was reinforced this week when, on the occasion of Turkey’s fourth drilling rig Abdul-Hamid-Han starting operations in the East Med, President Erdogan threatened that “We will not allow any plans to proceed without us.” He added that Turkey does not need to “seek permission from anyone” to drill in the region.

The rig has been sent to an undisputed area within the Turkish EEZ about 55km south of Antalya, possibly because being its first real operation Turkey prefers to do it under controlled and uncontroversial conditions. President Erdogan hinted on what may follow when he said “Our ship will not stop, she will go to other wells and continue to search for gas until she finds it.”

The launch of yet another drilling rig is expected to trigger a new cycle of tensions in the East Med, further complicating an already challenging situation.

It is no wonder then that Chevron made much of Israel and about E&P in Egypt in its 2Q 2022 Earnings Conference Call on 29 July, but said nothing about Cyprus and Aphrodite. In addition, even though ExxonMobil completed appraisal drilling of Glaucus in block 10 in March, almost five months later it is still delaying announcing the results.

But the Italian ambassador to Cyprus, Frederica Ferrari-Bravo, has more positive views. She said on 14 July “discovery of natural gas in block 6 [currently in progress by ENI/Total] would change the terms of the game for Cyprus and Europe”. She added that Cyprus could benefit greatly from connection to major natural gas pipelines by being able to supply natural gas to the region and contribute to the energy sufficiency of Europe.

So, what does Europe need do to unlock this?

What the EU should do

First and foremost, with presidential elections out of the way during the first half of 2023 in both Cyprus and Turkey, the EU working with the US and UN and all key players should redouble efforts to solve the Cyprus problem. By then time will be ripe.

Turkey’s new president will need to concentrate on resolving the country’s acute financial problems and finding an equilibrium in its relationships with Europe, Nato, US and Russia. A clean slate and a cooperative EU and US, with the Cyprus problem on the way to being solved, will be a good start.

In Cyprus, understandably, solution of the Cyprus problem is a key issue in the current presidential candidate debates, and will be one of the top priorities of the new president.

The next key issue for the EU is recognition of the fact that it will need significant supplies of natural gas – even if reduced in comparison to current levels – during this and the next decade in support of renewables during energy transition.

And it will have to be secure gas at substantially lower prices than now if the burden to EU households is to be reduced to affordable levels and industry’s competitiveness is to be restored. It will also have to be dependable and reliable and not vulnerable to fast-evolving global geopolitics. East Med gas ticks all these boxes.

It will also be an incentive to Turkish Cypriots who, within the EU and a re-united Cyprus, will be able to benefit from its development.

It will also unlock a massive expansion in the development of renewables on the island, backed by natural gas.

As the recent US House testimony on ‘Opportunities and Challenges in the Eastern Mediterranean: Examining US Interests and Regional Cooperation’ said, “the stakes are simply too high to allow the problem to fester.” The time to solve Cyprus problem and unlock East Med gas is now.