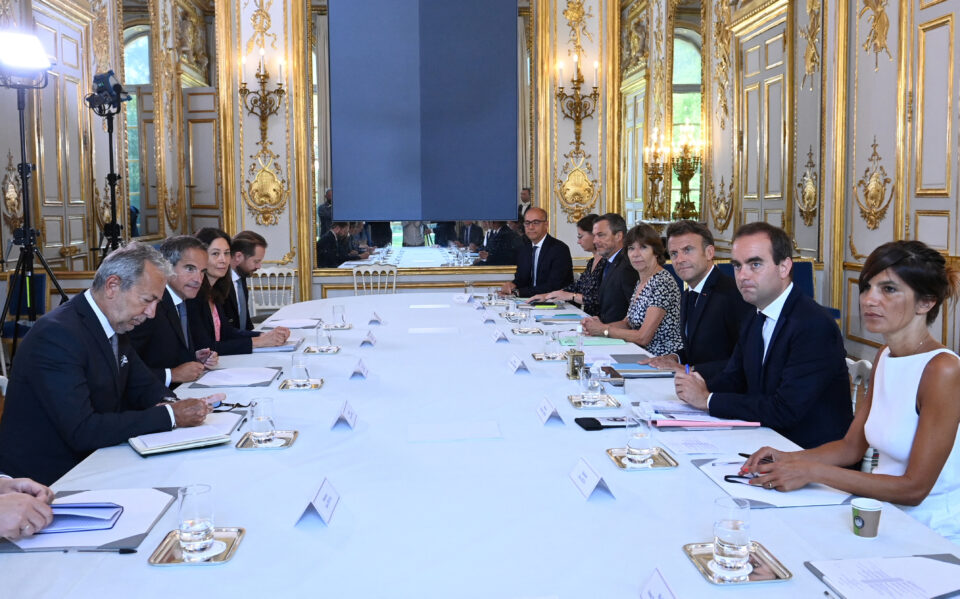 A team from the U.N. nuclear watchdog headed on Monday to Ukraine’s Zaporizhzhia nuclear plant, the agency’s chief said, as Russia and Ukraine traded accusations of shelling in its vicinity, fuelling fears of a radiation disaster.

Captured by Russian troops in March but run by Ukrainian staff, Zaporizhzhia has been a hotspot in a conflict that has settled into a war of attrition fought mainly in Ukraine’s east and south six months after Russia launched its invasion.

“We must protect the safety and security of Ukraine’s and Europe’s biggest nuclear facility,” Rafael Grossi, director-general of the International Atomic Energy Agency (IAEA), said in a post on Twitter.

An IAEA team he was leading will reach the plant on the Dnipro river near front lines in southern Ukraine later this week, Grossi said, without specifying the day of their expected arrival.

The IAEA tweeted separately that the mission would assess physical damage, evaluate the conditions in which staff are working at the plant and “determine functionality of safety & security systems”. It would also “perform urgent safeguards activities”, a reference to keeping track of nuclear material.

The United Nations and Ukraine have called for a withdrawal of military equipment and personnel from the nuclear complex, Europe’s largest, to ensure it is not a target.

The two sides have for days exchanged accusations of courting disaster with their attacks.

With fears mounting of a nuclear accident in a country still haunted by the 1986 Chornobyl disaster, Zaporizhzhia authorities are handing out iodine tablets and teaching residents how to use them in case of a radiation leak.

Russian forces fired at Enerhodar, the city where the plant is located, the chief of staff of Ukraine’s President Volodymyr Zelenskiy, said late on Sunday on his Telegram channel alongside a video of firefighters dousing burning cars.

“They provoke and try to blackmail the world,” Andriy Yermak said.

Ukraine’s military earlier reported shelling of nine more towns on the opposite side of the Dnipro river.

“At present, full-time technical personnel are monitoring the technical condition of the nuclear plant and ensuring its operation. The radiation situation in the area of the nuclear power plant remains normal,” he said in a statement.

The Russian state news agency cited authorities as saying they had downed a Ukrainian drone which planned to attack the nuclear-waste storage facility at the plant.

Two of the plant’s reactors were cut off from the electrical grid last week due to shelling.

Ukrainian state nuclear company Energoatom said it had no new information about attacks on the plant and Reuters could not verify the accounts.

The U.S. State Department said on Sunday that Russia did not want to acknowledge the grave radiological risk at the plant and had blocked a draft agreement on nuclear non-proliferation because it mentioned such risk.

Ukrainian President Volodymyr Zelenskiy, in a video address late on Sunday, vowed “the occupiers will feel their consequences – in the further actions of our defenders”.

“No terrorist will be left without an answer for attacks on our cities. Zaporizhzhia, Orykhiv, Kharkiv, Donbas – they will receive an answer for all of them,” he added.

Russia invaded Ukraine on Feb. 24 in what it called a “special military operation” to demilitarise its southern neighbour. Ukraine, which won independence when the Russian-dominated Soviet Union broke up in 1991, and its Western allies have dismissed this as a baseless pretext for a war of conquest.

The invasion of Ukraine has touched off Europe’s most devastating conflict since World War Two.

Thousands of people have been killed, millions displaced and cities blasted to ruins. The war has also threatened the global economy with an energy and food supply crisis.

The regional governor has said Russian shelling has displaced more civilians in the east, where three quarters of the population has fled front-line Donetsk province, which comprises part of the wider Donbas region.

The United States and its allies have imposed sweeping sanctions on Russia for its invasion and sent billions of dollars in security assistance to the Ukrainian government.

Russia has said sanctions will never make it change its position and Western arms supplies only drag out the conflict.

Ukrainian Foreign Minister Dmytro Kuleba will travel to Sweden and the Czech Republic this week and push for more sanctions on Russia, including an EU-wide visa ban for Russians.