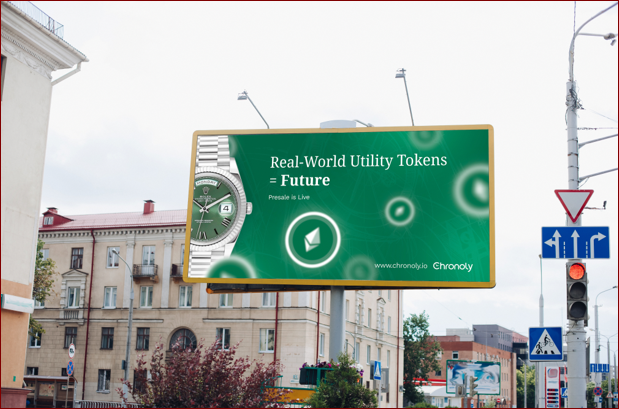 The Metaverse is set to be one of the biggest innovations in the 21st century. After Facebook announced its plans to rebrand as Meta and funnel billions of dollars into making VR and the Metaverse accessible to all, hype around it has been non-stop. As the Metaverse becomes mainstream, there are a few NFT projects that are likely to become embedded in this digital world.

They are Chronoly.io (CRNO), Moonbirds, and Azuki.

Chronoly.io (CRNO) is creating something special

Have you ever seen a watch that you simply had to have? Chances are, you have, but you also probably couldn’t afford it. Well, Chronoly.io (CRNO) wants to change that. While you might not be able to walk around with Richard Mille in real life, you can in the Metaverse with Chronoly.io’s NFTs.

The team behind Chronoly.io (CRNO) has created an Ethereum-based marketplace that allows anyone to start getting involved in the growth of the luxury watch market. They provably hold several watches worth hundreds of thousands of dollars in their vaults across the globe and have minted fractional NFTs that you can buy shares in for just $10. Unlike the other two projects on our list, the team is fully doxxed as well.

So while you become part of an exclusive club in the Metaverse, your inflation-resistant NFT holdings increase in value in line with the real thing. They have massive plans for the future, including building strategic partnerships with brands and introducing a lending protocol for instant liquidity.

The CRNO token is Chronoly.io’s native token and is currently trading for $0.066, gaining 560% since May. By the time presale ends in September, prices are predicted to reach $0.50 to $1, which means you could bag a 1000%+ gain in a little over a month. If you’ve missed out on other NFT projects, now might be your chance.

Moonbirds has its own Metaverse

Moonbirds are part of the profile-picture NFT ecosystem, launching their instantly recognizable pixelated bird square icons earlier on in 2022. Their highly anticipated debut pulled in 69,000 ETH, and they’ve maintained popularity ever since, allowing holders to accrue benefits in a process called “nesting.”

With plans to integrate Moonbirds into The Sandbox as playable characters and allow holders first dibs on their Project Highrise virtual world, Moonbirds is setting a precedent for NFT adoption in the Metaverse.

Azuki took the NFT world by storm when Chiru Labs launched their icon-based anime NFTs back in January 2022. They’re now known as a blue-chip NFT project, alongside Bored Ape Yacht Club and CryptoPunks, with over $500 million in sales.

Holding an Azuki NFT gives you access to The Garden, Chiru Labs’ exclusive Metaverse, with access to art exhibitions, live events, and activities available to 10,000 Azuki holders. Additionally, an Azuki NFT also comes with rare collectibles and avatars that can be used in the two largest crypto projects that have their own Metaverses, The Sandbox (SAND), and Decentraland (MANA).

As Azuki grows in popularity and dominates the anime NFT niche, they’ll likely be all the rage in the future of the virtual world.