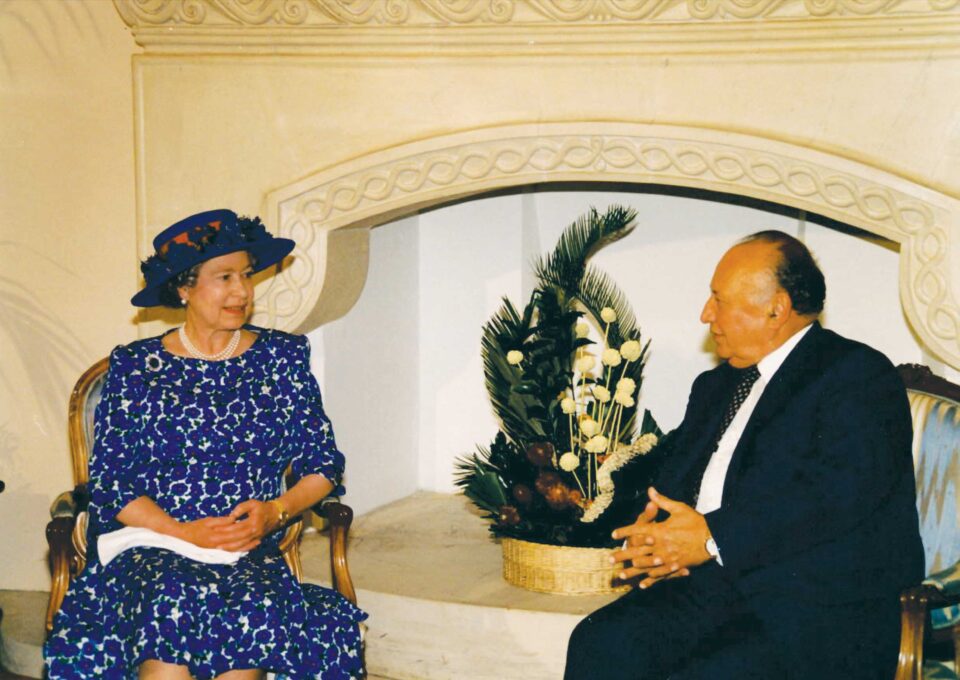 Cyprus on Thursday joined the international community in offering condolences for the passing of Queen Elizabeth II, who during her long reign had not been received well by at least a section of Greek Cypriots.

“We offer our most sincere condolences for the passing of Her Majesty Queen Elizabeth II,” President Nicos Anastasiades said in a Tweet posted around 9.40pm local time.

“At these difficult times our thoughts are with the @RoyalFamily and the people of the United Kingdom.”

The late Queen was born Elizabeth Alexandra Mary Windsor in 1926. She was the longest-serving monarch after reigning for 70 years.

Elizabeth, who died on Thursday aged 96, had an uneasy relationship with Cyprus as ill-feeling toward her among a segment of the population endured decades after the end of British colonial rule.

The UK also maintains two military bases on the island, which is also an unpopular hangover from the past with many quarters. Most of the royals, including the queen visited the bases over the decades, most recently Prince Edward the Duke of Wessex and his wife Sophie, and before that Prince William and his wife Kate Middleton.

In October 1993, during her first and only official visit to the Republic to attend a Commonwealth heads of state meeting, the Queen was greeted by an angry group of demonstrators and cries of “Go home.”

The jeers came at an event in Nicosia as the Queen received the golden key to the city.

At the event held at the capital’s Famagusta Gate, students and adults brandishing Greek flags gathered around Nicosia’s mediaeval walls hours before the British monarch arrived.

The chilly reception was probably the worst the Queen had received since a Maori bared his posterior to her when she visited New Zealand years earlier.

The Greek Cypriot protestors blamed the Queen for the deaths of nine men executed during the Eoka anti-colonial struggle in the 1950s. Many flags at the protest were tied with black ribbons of mourning.

Records showed, however, that the Queen did not sign the death warrants of the fighters, nor did she refuse them a reprieve. The power to grant a pardon or reprieve was vested in the Governor and not the Queen.

Grudges remained, nevertheless, manifesting again this year. In May, a charity concert to celebrate Queen Elizabeth II’s platinum jubilee was relocated to within the defence sector of the British bases following a hostile response by some Greek Cypriots.

The concert had been scheduled to take place two-and-a-half weeks after the start of the implementation of the new deal on the bases – 80 per cent of land in the bases would be freed up for development – and was also supposed to mark the friendship between Britain and Cyprus.

In a press release at the time, the British bases said they were “saddened” over the withdrawal of partners and beneficiaries for the charity, following strong reactions by some who criticised the event as celebrating a ‘killer queen’.

Originally set to take place on June 2 at the ancient site of Curium, the concert was instead moved to Happy Valley within the defence estate at Episkopi.

Presidential candidate Giorgos Kolokasides threw a spanner in the works, calling for the event to be cancelled, arguing that it was provocative and unthinkable for such a celebration to take place as the Queen was linked to the darkest moments of Cypriot history. Subsequent social media posts created a snowball effect, culminating in the event’s downsizing and relocation.

Once again, the animosity related to Queen Elizabeth’s presumed association with the execution of the nine Eoka fighters.

Eventually, one after another organisations withdrew from the event. Little Heroes was first to leave, followed by the One Dream One Wish Foundation soon after – citing “the political dimension the event has now gained”.

The well-known Diastasis Cultural Association dance and chorus group also withdrew amidst the controversy which had engulfed the event.

The scandals of Queen Elizabeth’s reign