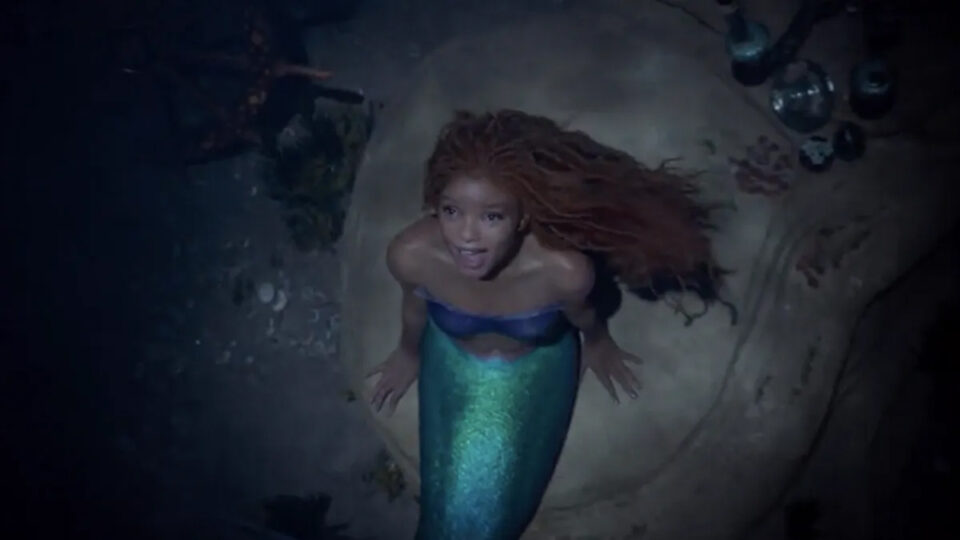 Here’s the thing. I didn’t want to write this. I had a different article prepared, one that had to do with the EMMYs and how Lee Jung-jae winning the Best Actor in a Drama award signifies a definite turn towards embracing South Korean audiences. An article that included an analysis of Netflix heavily investing in the Korean market. But there are more important things to discuss.

Did you know that mermaids are exclusively white?

The House of Mouse held its D23 Expo last week and dropped a bunch of trailers for its future releases. Among them was one for the live-action adaptation of the beloved 1989 animated film The Little Mermaid starring young R&B artist Halle Bailey. An otherwise unremarkable trailer soon stirred an uproar online, and the hordes of keyboard warriors on social media once more set the digital world ablaze. You see, Halle Bailey is a PoC, and the original star was white. Excuse me, DRAWN white.

The hashtag #NotMyAriel and the all too familiar victimhood call to arms #GoWokeGoBroke soon flooded the Lands Where Hope Goes to Die, also known as the YouTube comments section. People slammed Hollywood and Disney because of perceived “forced diversity” and “race swapping” and how the company didn’t “respect the author’s vision.”

Let’s dismantle those arguments quickly: diversity is needed because the entertainment industry is now global, and not everyone in the world is white or cisgender. Predictably, people respond better when they see themselves represented and an increase in engagement drives up ticket and merchandise sales. Make no mistake: Hollywood artists care about minorities, studio execs only care about revenue. If racism and bigotry were where the money was, Disney would reboot The Birth of a Nation in a heartbeat.

And in case you don’t quite understand how important representation is for children, please watch the video reel of young girls of colour seeing the trailer. Listen to their joy as they excitedly remark how Ariel “is brown like me!”. If that doesn’t warm your heart, you are probably dead inside, and I bet you didn’t even cry when Mufasa died. Who, by the way, is also getting a new movie.

The ‘mermaids are white’ argument doesn’t even merit a rebuttal. A mermaid is a fictional character and defending the race traits of a non-existent creature is ludicrous.

Regarding the ‘author’s vision’ narrative, that’s just hate masquerading as true fandom. Suppose people were so invested in maintaining Hans Christian Andersen’s vision. In that case, they should have been up in arms about the original film, a watered-down version of the fairytale. In the original story, Ariel slices off her tongue and, in the end, dies by dissolving into foam. If you think that’s grim, it’s because you are not familiar with Hand Christian Andersen, who, despite being a ‘Danish national treasure,’ was a person with several interesting quirks and deeply repressed sexuality. Oh, and once he stayed at Charles Dickens home and would not leave.

“What will they think of next?! Turn Hercules into a transgender?” cried one person in the comments section. To which I respond, “God, I hope so.” We have seen countless iterations of the legend of Hercules, all of them telling the exact same tale. Maybe one where a trans person struggles to find their path in life makes for a better story! Perhaps the Hydra isn’t a mythical multiheaded monster. Maybe it’s a social media page where our hero shuts down one comment, only to see three more rise up in its place. Now that’s a movie!

I do not believe that everyone who protests the casting of The Little Mermaid does so out of a misguided sense of victimhood. Sure, they are the majority, but I firmly believe that a good number of them are just agitators. I touched last week upon how manufactured hate made some people incredibly successful. How outrage brokers stoke online bigotry, only to rake in the money that comes from angry clicking.

The key here is for people to understand that they are being exploited. Their rage, justified or not, is being harvested by people who could not care less about their issues. People who would betray them without giving it a second thought if the money was better. Amoral, unethical people who gladly take advantage of societal strife and fan a fire that could end up burning everything down, just so they can make some extra cash.

Ironically, the people who branded themselves as ‘anti-establishment’ and ‘a wrench in the system’s machine’ have become one of its most valuable tools.

Lifting of arms embargo sees Cyprus aligning itself with the West