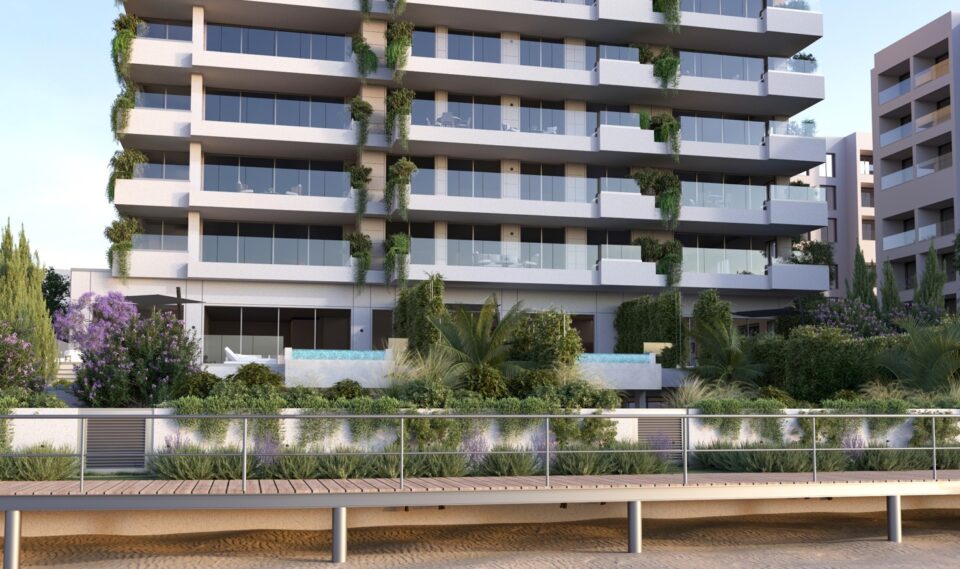 The development involves the transformation of the Londa hotel into 29 residences, with the project estimated to be completed by the end of 2023.

The apartments, which were designed by Parisian architect and interior designer Thierry Lemaire, come with private hot tubs or swimming pools and tropical landscaping, private terraces and gardens, as well as private access to the beach.

“Our goal is to offer buyers a rare chance to own a limited edition home directly on the shores of the Mediterranean, a secluded oasis in the heart of Limassol’s buzzing centre” Londa Residences marketing director Matea Leko said.

“For nearly 40 years, Londa provided luxury beach holidays and hosted politicians, presidents, celebrities, and some of the most influential families of Cyprus. By transforming the hotel into a limited number of high-end residences, we are maximizing the potential of this magnificent location,” Leko added.

The company said that 40 per cent of the project’s residential units have already been sold, with buyers originating from a number of countries, including Cyprus, Israel, the Middle East, and the United States.

Opposition party Akel on Monday met with student movement Proodeftiki, discussing a number of issues, including soaring rental prices and the high cost of living.

“Students have been dealing with this issue for a long time, but in recent years it has become much more acute, since rents have registered a significant increase,” Akel said in a statement.

“Additionally, the increase in fuel prices now prevents those who in recent years chose, due to high rents, to go back and forth from their place of residence to their city of study,” it added.

The party went on to say that there is an inadequate number of student residences among Cyprus’ two largest universities, forcing students to rent from the private sector, while adding that the same issue is being faced by private university students.

Finally, Akel said that “as a result of the very high rental prices, students are forced to either work or even terminate their studies in order to cope”.

The general Cyprus Stock Market Index was at 74.38 points at 13:24 during the day, reflecting a drop of 0.15 per cent over the previous day of trading.

In terms of the sub-indexes, the main, alternative and hotel indexes fell by 0.17 per cent, 0.07 per cent and 0.69 per cent respectively, while the investment firm index rose by 0.48 per cent.

Independents to meet again in search of single candidate