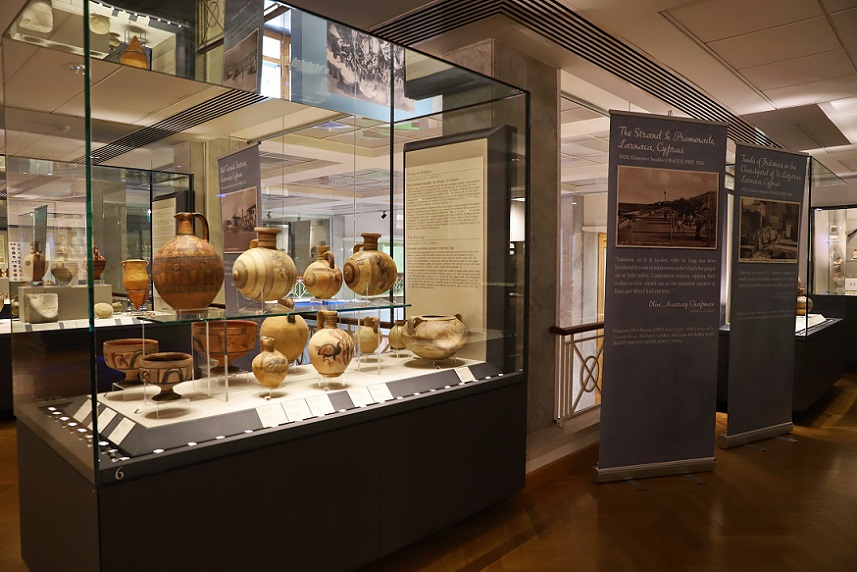 Friday, September 9, 2022 saw the closing press conference of the Bank of Cyprus EXCELLENCE/0918/0190 research programme, entitled: “Re-inventing age-old Travelling Paths of the Levant in the Digital Era: the example of Cyprus”.

EXCELLENCE/0918/0190 is co-financed by the European Regional Development Fund and the Republic of Cyprus through the Research and Innovation Foundation. Host organisation was the Bank of Cyprus Cultural Foundation (BoCCF), and programme funding came to €149,623.20.

Event speakers included Dr Ioanna Hadjicosti, director of the Bank of Cyprus Cultural Foundation and the programme’s coordinator; Dr Achilleas Emilianides, chairman of the Centre for Scientific Dialogue and Research; and Lenia Mylona, head of the Cyprus Tourist Guides Association. Programme researchers Dr Margaritou Ioannou (BoCCF) and Dr Katerina Gotsi (Centre for Scientific Dialogue and Research) presented the programme results, with special mention made of the success and on-schedule completion of deliverables.

Beyond scientific publications and public dissemination activities, the researchers noted that the programme’s key contribution was setting up a database/searchable index of travel-related texts, ranging from the 15th century until the modern-day information era. Mentioned as well was the creation of free digital applications, designed as an educational game for nine- to 12-year-old students, harnessing material from primary research. The researchers also spoke about the two 3D interactive maps of Cyprus that navigate through areas of touristic and cultural interest.

The event closed with the inauguration of the travel exhibition “Sea, Salt and Palm Trees: in the Footsteps of Travellers to Larnaca Throughout the Centuries” (Museum of George and Nefeli Giabra). Visually presented on 10 roll-up banners, the exhibition portrays Larnaca while it was the island’s most important maritime and trade centre, providing a base for European merchants and consuls over the 15th to 19th centuries.

The exhibition, which is free to the public, runs until September 30. Visiting hours are: 10am-7pm (weekdays and weekends). 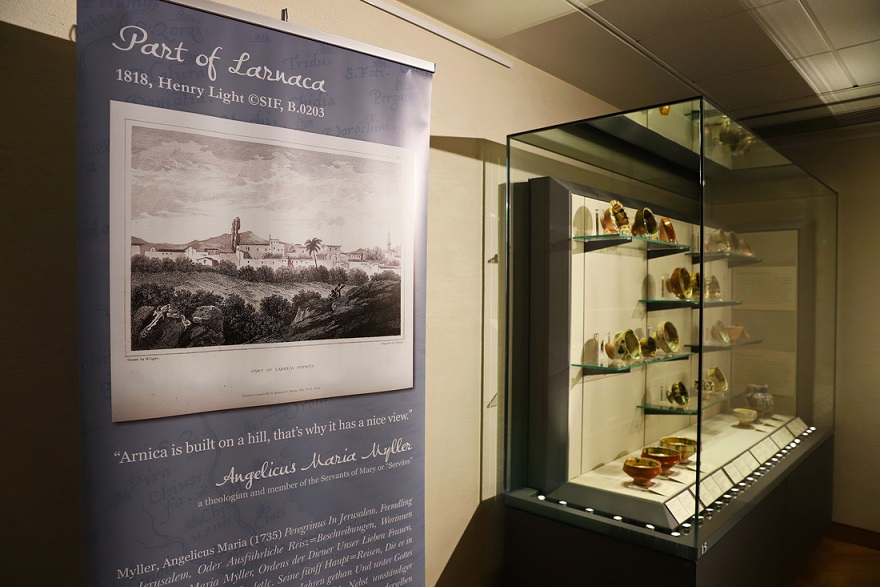 Following the press conference, visitors took a guided tour of the BoCCF’s Manuscripts and Rare Books Collection, as well as its Cyprus Map Collection and Engravings, Old Photographs and Watercolours Collection.

Meanwhile, on the afternoon of the same day, in partnership with the Cyprus Tourist Guides Association, two free guided tours, called “A place of Salt: in the Footsteps of Travellers, the Case of Larnaca”, were offered at the Larnaca seafront, drawing, for the first time, on material derived from ReTraPath programme research.

For further information on the exhibition and guided tours, visit the BoCCF website here.