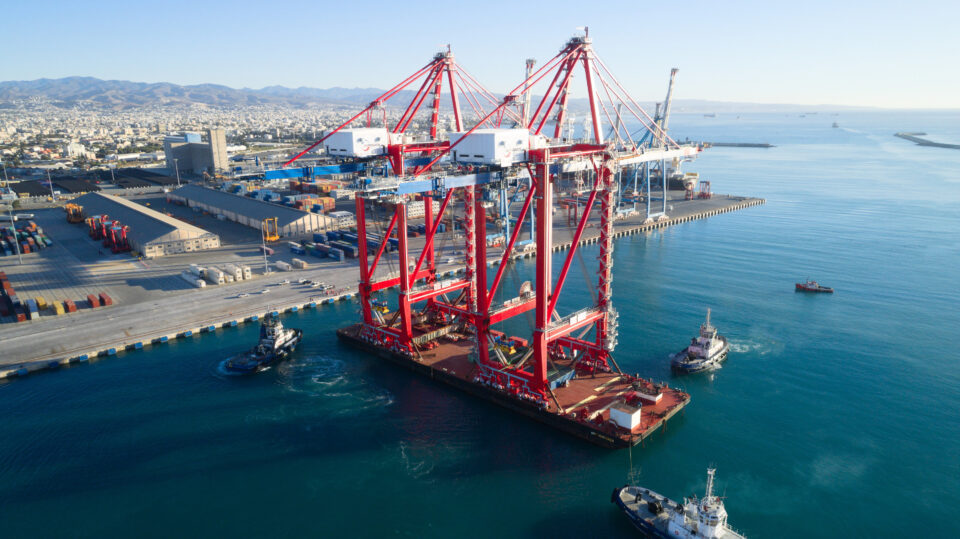 The biggest challenge for Cyprus’ ports in the coming years will be meeting the targets of the EU Green Deal and the Fit for 55, as 50 per cent of Cyprus’ pollution comes from transport, including ports, Transport Minister Yiannis Karousos has said.

Speaking at an event on Friday night in Limassol, Karousos said that the EU has set the target of reducing waste by 55 per cent under the  Fit for 55 plan by 2030, and that the port authority has taken up this mantle by focusing on a business plan that will reform their systems.

“Therefore, the Cyprus Ports Authority will have a very important role to play in order to achieve our goals,” he said.

Commenting on this goal, Karousos said that the port at Latsi, Paphos would become the island’s first green port.

The port authority has moved forward on a plan to develop Latsi worth €45 million, which will see the creation of 350 new docking spaces, and new support structures including a port police station, a customs office, and a fisheries and marine researching centre.

Karousos added that the port of Latsi will also be able to be approached by cruise ships, “therefore we will add another point of entry to the country that will promote cruise tourism and competition between our other ports.”

Speaking more about docking for cruise ships, he said competition is legitimate between the different ports in Cyprus, and the cruise companies will have options for docking in Cyprus.

Commenting on the issues in Limassol for cruise ships, Karousos said it is “unjustifiable” not to offer buses to passengers from the terminal to the ships and he requested that the matter be resolved.

“It is not part of our contract with the terminal manager, but it is his obligation to offer this service, it is a matter of competition, because if tomorrow, for example, the port of Larnaca offers buses, then Limassol might lose cruise ships,” he said.

In relation to the efforts to restore transit trade with the manager of the container terminal of the port of Limassol, Karousos stated that this will soon become a reality, since “we are close to an agreement to start transit trade and the last steps must be completed legal and technical details, in the next few months.”

Speaking after Karousos, the head of the port authority, Antonis Stylianou said that that the current assessment of the work of the new board of directors, ‘reflects its sustainability’ and its prospects for the next 50 years, based on three main pillars, transparency, extroversion and legitimacy.

Also, the total amount of the estimated development projects decided by the current board was €54.9 million.