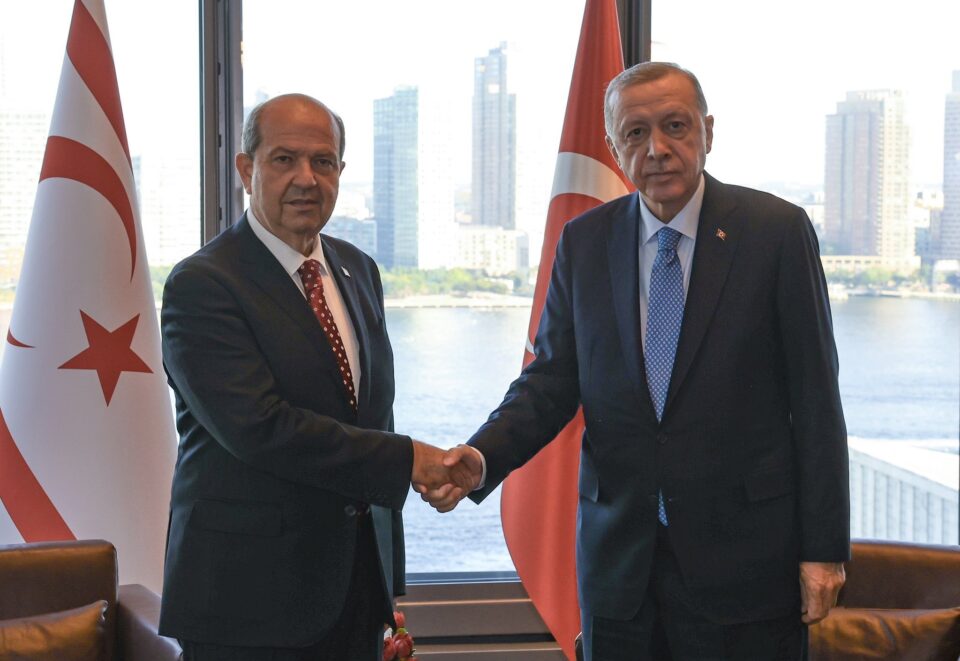 Tatar, who is still in New York for further contacts and was due to meet UN chief Antonio Guterres later on Saturday, said: “It was one of the most aggressive and hostile speeches has ever been made by the Greek Cypriot leadership.”

According to a written announcement, Tatar said that Anastasiades speech, reflected his “intransigence” towards Turkey and the north.

“He also used expressions that offend the prestige of the UN and undermine the organisation,” he said.

In the speech Anastasiades berated the UN for its lack of tangible action and influence as a global tool for peace, prosperity and territorial integrity. He also criticised Turkey for “systematically violating international law” not only when it comes to Cyprus but also other countries in the region.

Tatar said he was not surprised by Anastasiades’ speech. He called Anastasiades’ allegations baseless and took it to new levels with his content and tone.

He said that the Greek Cypriot side had usurped power from of the country in 1963, and had since used the government’s power to attack Turkey and the ‘TRNC’.

“Anastasiades does not represent the entire island or the Turkish Cypriots, who have their own independent, and sovereign state,” he said, adding that the Greek Cypriot leader had “surpassed his limits”.

Tatar said that the speech was a “clear perversion of the historical and current facts on the island”, and that it would become a new “black spot” in Cypriot history.

“It is clear that these statements, which we do not consider worth answering in detail, will further fuel the lack of trust between the two peoples in Cyprus and deal a new blow to reconciliation efforts,” he said.

He said that Anastasiades should not be giving lessons on human rights to the international community, “as if they [the Greek Cypriot side] were not responsible for the massacres and atrocities that started in 1963 and continued for 11 years.”

Commenting on negotiations efforts, Tatar said: “In the reports of the UN Secretary General it is mentioned which side has so far sabotaged the efforts for a solution and prevented the achievement of an agreement and the personal responsibility of Anastasiades in this is an undeniable fact.”

And while this is the situation, he said, Anastasiades used the UN General Assembly as a platform to attack Turkey and the ‘TRNC’.

“This is nothing more than an abuse of an institution where the Turkish Cypriot people are not given a say,” he said.

On Friday, Anastasiades, when addressed the general assembly. He highlighted the realities in Cyprus and the ongoing division and occupation by Turkish forces, reiterating his point that “when decisions or resolutions based on international law are not to be implemented or enforced, then this, rightly so, could be perceived as fostering or even rewarding arbitrariness.”

He then went on to detail all the failed attempts during his administration to find a solution to the almost half-century-old problem in Cyprus and assured the room that the Greek Cypriot side would not give up its endeavour to reunite the two sides.