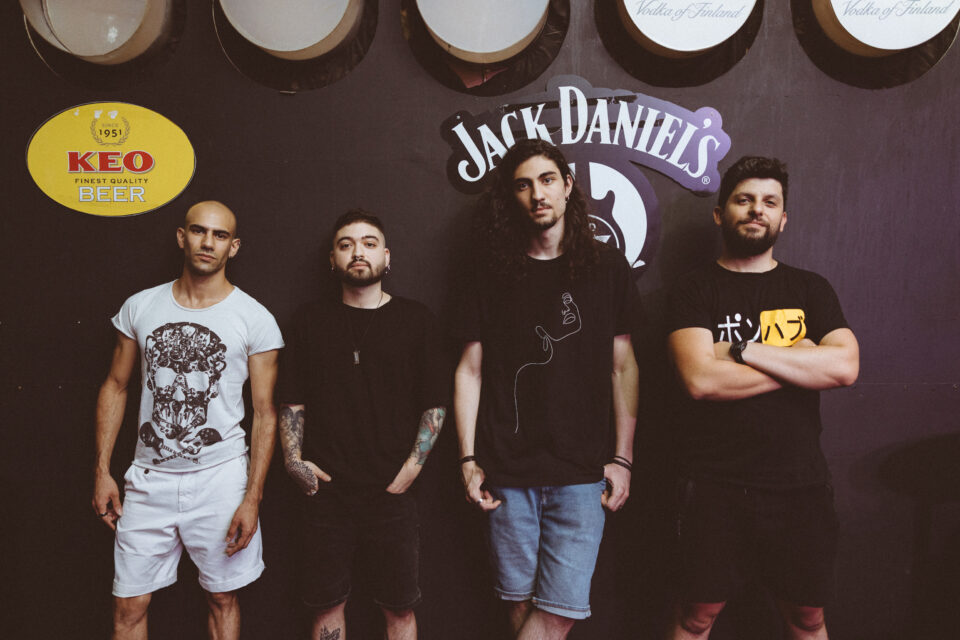 Cyprus missed out on the first wave of punk in the 70s and 80s. But now, one local band is pioneering this unusual genre of soft rebellion on the island. ALIX NORMAN meets its driving force

If you’re over 40, you’ll remember punk the first time round: the raucous strains of The Ramones Blitzkreig Bop, the Sex Pistols’ God Save the Queen. It was an era of rebellion, a multi-pierced, chain-swathed revolt that spread from music to fashion, influencing everything from television to politics.

With its roots in the New York garage rock scene of the 60s and 70s, punk quickly caught on in the States, and then moved across the water to Britain, where singers such as Johnny Rotten and Sid Vicious became major media sensations – known as much for their wild behaviour as for their music. In time, it reached Australia, with bands such as the Saints and Cheap Nasties. And there, it stopped.

“Punk,” says Demetris Alexiou, “is rooted strongly in a culture of English-speaking nations. It’s a genre that never really took off in Cyprus. Until now!”

As one member of Amoiroi, Demetris is less a part of the current global punk revival, and more a pioneer of a genre previously unknown to Cyprus. “Yes, there was a small punk scene in Athens in the 1980s,” he explains. “But more recently, Greece has seen a revival: hardcore punk bands rebelling against the political turbulence of the nation,” he adds, “spearheaded by bands such as Bad Movies, BootStroke, and Kill the Cat. And now, for the first time, we’re seeing Greek language punk in Cyprus.” 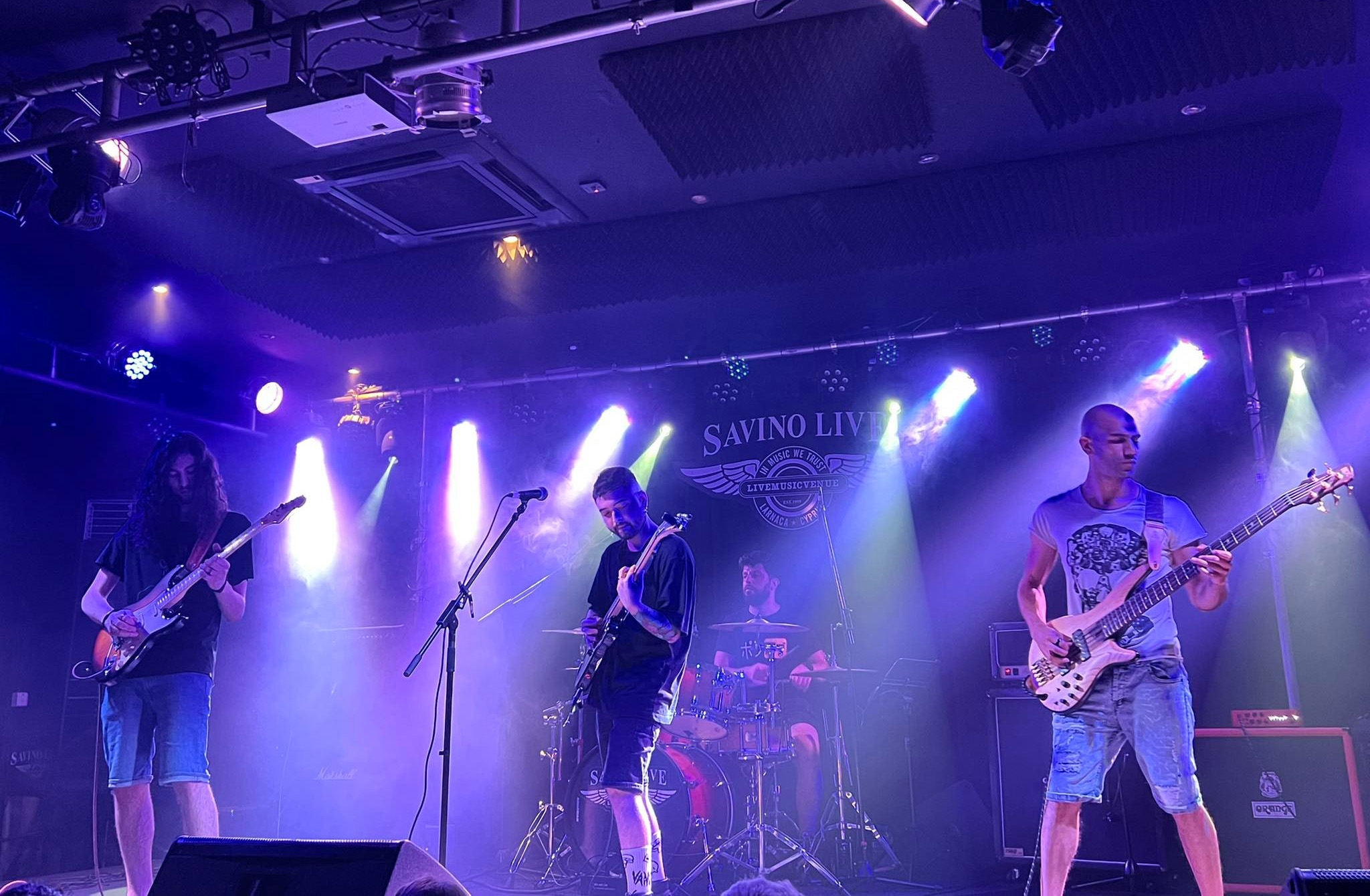 This local scene is less condemnatory, less vociferous than its Hellenic counterpart. “Amoiroi are not railing against the establishment, so much as asking people to question what they believe,” laughs Demetris. “Unlike Greek punk, it’s not so much about anger at the authorities as it is about being better people: learn to think for yourself, we’re saying; don’t be spoon-fed propaganda; let your soul be free.”

Demetris calls this genre ‘punk fusion’, describing the sound as “raw, fresh, and free. It’s still punk,” he says. “But it’s also fun: you can listen to it, dance to it, headbang to it. It lacks the harshness of metal, but it’s not as soft as pop. And we’re not trying to broadcast a political message; for the most part, we’re just providing music that’s radio friendly.”

With a name that translates to English as No Fate, Amoiroi is spearheading punk fusion in Cyprus. And they’re taking a huge risk, says Demetris, by singing not only in Greek, but also their own original material.

“English lyrics would be much more commercial,” he acknowledges. “They’d definitely make our music more widely-known, widely-played. But Greek is the first language for all four of us, and to articulate our true feelings – a huge part of what punk stands for – we need to be singing in our mother tongue.”

At the same time, Amoiroi creates original songs – never an easy route to take, says Demetris, especially for a brand-new genre from a recently-formed band. “The band actually started three years ago, the brainchild of Marios Nicolaou,” Demetris explains. “When he was joined by lead guitarist Stavros Christou and bassist Stelios Pasiardes and then by me on the drums,” says Demetris, “we knew we’d found our distinct sound and were ready to go live…”

The band’s first public performance took place in June at a festival in the tiny village of Dymes, in the hills above Limassol. “It was a strategic move,” Demetris recalls. “We knew the festival would be small: a chilled out gathering with fewer than 100 people in attendance. So it was ideal as a launchpad for Cyprus punk fusion, a genre we weren’t sure would work on the island!”

In the event, the gig was highly successful, says Demetris. “The audience had a great time, dancing away and letting loose. We had a huge amount of fun, playing our songs live for the first time. And we knew we had something great on our hands!”

In the last three months, Amoiroi has played seven gigs, including the Ayia Napa Food Festival, known for its support of emerging local acts. But it hasn’t been easy, says Demetris. “Not only are we a new band, we’re performing original songs in a style that’s unfamiliar to most locals! When people go out, they want to hear music they already know; stuff they can dance and sing along to. But what we’re doing is an entirely new genre, consisting of songs you’ve never heard before!”

Among the band’s most popular songs, we get Arosteni – “which translates as ‘it gets sick’,” says Demetris, “and talks about how society is quite literally sickening, weakening our souls” – and Cringey Instories, which describes the effect of social media. “There’s also Krothia tis Stomaki, or Stomach Punch,” he adds, “a song that references Marios’ student experiences in Athens: the constant police aggravation…”

But far from being a screeching condemnation of authority, this song is actually a beautiful ballad. “That’s one of the differences between new punk and old,” Demetris continues. “We’re singing, not screaming! And neither are we putting out material that’s offensive or disgusting. Instead, it’s true punk” – generally fast-paced, with hard-edged melodies and heavy guitar riffs – “mixed with metal, with pop, with entexno. A punk fusion that, we’re pretty sure, will appeal to all.”

Amoiroi already have a number of fans of all ages who follow them from gig to gig. And while they’re setting themselves up as the island’s first punk fusion band, Demetris acknowledges that “there is the other odd punk band in Cyprus: En Psychro doing aggressive crust punk, mostly in Greece; Zivanished, who are closer to heavy metal than punk.

“We’re certainly the first local band to attempt to create a punk scene on the island, releasing our own album and currently recording our second,” he concludes. “Whether this works or not in Cyprus remains to be seen. But we’re going to do our best to bring punk to this island: we’ll just keep playing until everyone listens. That’s what punk is all about!”

For more information, visit https://linktr.ee/amoiroiband. To listen to the music, visit the YouTube channel AMOIROI οfficial