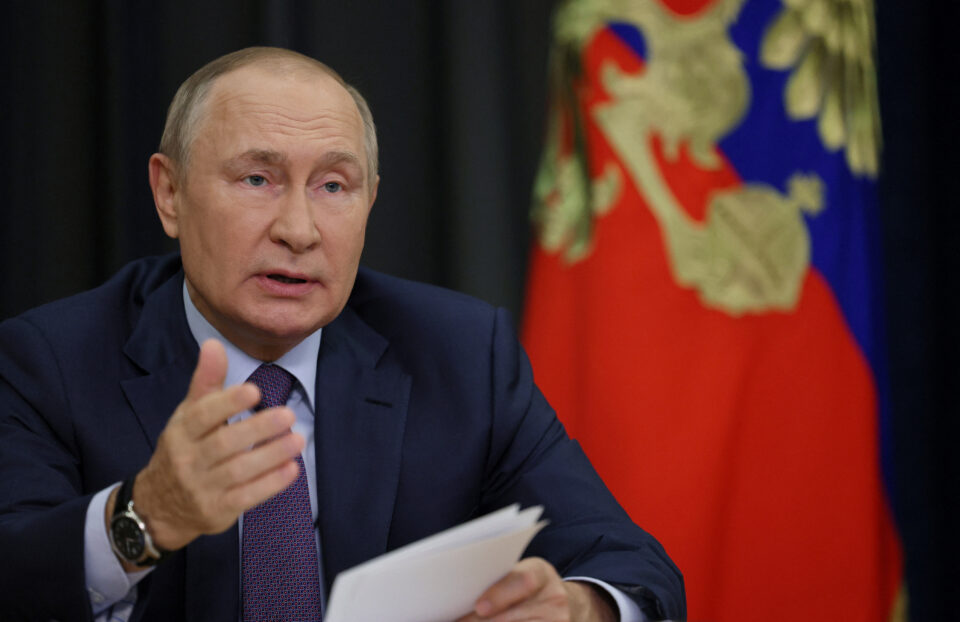 Vladimir Putin’s desperation was plain in the emergency measures he declared last week: immediate mobilisation of at least 300,000 more troops, the sudden decision to use fake referendums to turn all the occupied parts of Ukraine into Russian territory, and more explicit threats than usual about nuclear weapons. “This is not a bluff,” Putin warned.

It probably isn’t. The Russian president’s normal pattern, when he runs into a major setback, has been to escalate, so he is not acting out of character. However, he is clearly misinformed by his own generals, or just not listening to them.

The notion that 300,000 reservists (limited military training years ago) and technical specialists of various sorts (no military experience whatever) can be turned into a useful fighting force in a couple of weeks, or even a couple of months, is bizarre. It shows just how ignorant Putin is about military affairs.

The Russian army does not have the equipment to arm all these people, or even enough trainers not already at the front to turn them into real soldiers. When these mostly unwilling conscripts are fed piecemeal into an already demoralised army, they will make the chaos even worse.

Then there’s the ‘referendums’. Having postponed plans to stage referendums about joining Russia in the four provinces it partly controls, Putin suddenly put them back on the schedule after the big Ukrainian advances in mid-September. Voting began in Russian-occupied parts of Luhansk, Donetsk, Zaporizhzhiya and Kherson provinces last Friday.

Armed Russian soldiers went door-to-door with ballot boxes, asking if people want to join Russia. The soldiers wrote the answers down (one for the entire family), and then put them in the box.

The fix was already in; the question is why they bothered with this charade at all. Obviously Putin needed to distract Russians from the recent military disaster, but he may also have had another reason to hurry the vote and annex all the land his troops now hold.

If the conquered regions became ‘Russian territory’, then he could claim that any further attempt by Ukraine to recapture them is an attack on Russia itself . The Ukrainians would obviously ignore this legal flim-flam – but it would allow him (under Russian rules) to initiate the use of nuclear weapons.

Putin knows that the West knows how the Russian rules on nuclear weapons work, so he may hope that this will make his threats about nuclear war more plausible. It probably won’t, but what do you get when you call the bluff of a man who doesn’t bluff?

Maybe he’s just trading on that reputation now, and he really is bluffing this time, but there’s no point in following him down that rabbit-hole. Let’s consider what we know for certain.

Russia is currently losing the war in Ukraine, albeit slowly, and there’s little chance that its army can turn that around. 300,000 more ill-trained, resentful conscripts won’t make much difference when the vessel they must be poured into, the Russian army, is already broken.

Putin’s position and perhaps his life is at risk if there is another big Ukrainian victory. He may not realise this yet, but he will eventually understand that his survival depends on a negotiated peace that does not utterly humiliate him and Russia – for example, a ceasefire that returns both sides to the pre-2014 ceasefire lines.

His problem will be that the Ukrainians are full of confidence at the moment, and not inclined to give him that. They want all their stolen territory back, and the only lever that might change their minds (and those of their Western supporters) is a nuclear strike on Ukraine.

Just one very small (sub-kiloton-range) ‘tactical’ nuclear weapon, mind, delivered on sparsely populated land or off the Ukrainian coast. It couldn’t be more than that, because the generals in the Russian chain of command would not accept orders for a bigger strike that might start a full nuclear war. They may be corrupt, but most of them love their families.

They might go for just one nuke, though, especially if Putin could persuade them that it was a reasonably safe diplomatic ploy aimed at forcing the Ukrainians or even NATO to the negotiating table. So what should the latter parties do if this happens?

The key fact to keep in mind is that the same Russian generals would probably not escalate further if NATO made no nuclear response to that single Russian nuke. They’d just wait for the terror and revulsion sweeping through Russia and every other country to take Putin down.

Can I guarantee that would happen? Of course not, but it probably would play out like that. And what would be lost by waiting to see if it does happen?