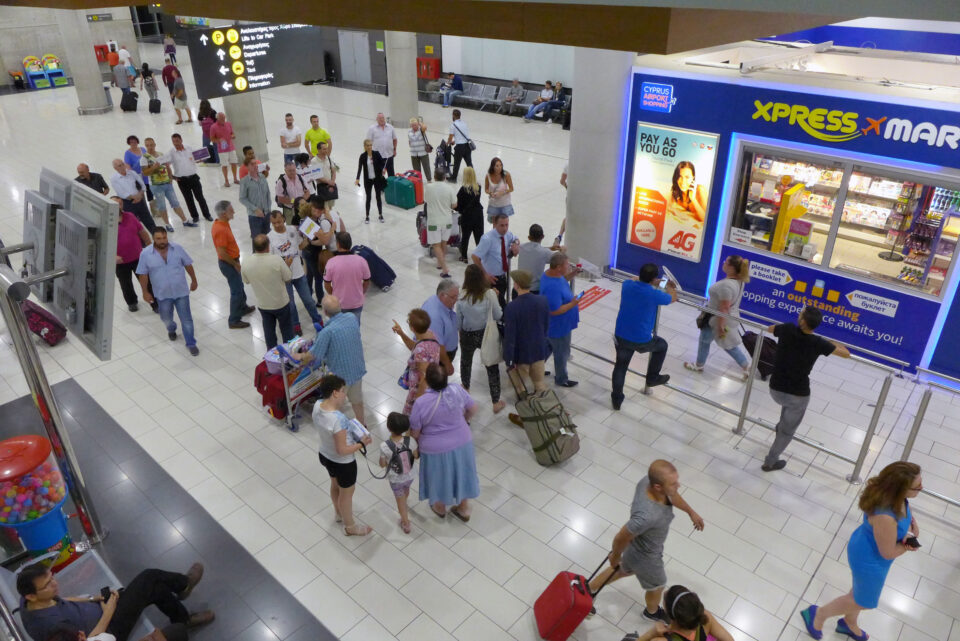 The government’s withdrawal from talks with airport operators Hermes is but a smokescreen intended to put the kibosh on the affair and kick the can down the road, a source apprised of the negotiations has told the Cyprus Mail.

Earlier this week, the ministries of finance and transport released a joint statement saying they were pulling out of negotiations with Hermes due to the “toxic climate” created following allegations by the auditor-general that the government had botched the talks, to the detriment of taxpayers.

Media commentators have described the government’s reaction as surreal, while others called it a copout.

The state and Hermes had been discussing an extension to the latter’s concession on the airports, expansion works at the airports, financial compensation claims by Hermes, and a new airline incentives scheme. All this has apparently been put on ice now.

But speaking to us on condition of anonymity, a source knowledgeable about the Hermes-government talks had this to say:

“What it looks like happened, is that officials at the finance and transport had bungled the negotiations, yielding to pretty much all of Hermes’ demands. You might say they were eaten alive by Hermes’ high-powered consultants and attorneys.

“Once the Audit Office uncovered what the two parties had agreed to verbally, the government pulled the plug on the negotiations, hoping to put an end to the chatter. What they’ve also done, is jump ship, passing the buck to the next administration.”

Back in 2006 the state and Hermes signed a deal giving the latter a 25-year concession to operate the airports in Larnaca and Paphos. The two parties had been in parleys for a five-year extension to that agreement.

Earlier, the parties had earlier taken recourse to an arbitration process, where the state wanted to force Hermes to either carry out airport expansion works – as stipulated in the initial contract – or else compensate the Republic.

That arbitration was then suspended, and talks initiated to reach a compromise where Hermes would fulfill its obligation regarding the expansions and in return it would be granted a time extension on its concession over the airports. Hermes would also waive any claims for compensation from the state in relation to lost revenues due to the coronavirus pandemic and the fallout from EU sanctions on Russia.

Meanwhile the government had commissioned a private consultant to calculate whether the financial claims waived by Hermes would offset the monetary value of an extended concession. If so, Hermes would get an extension on its concession.

The auditor-general argued that the financial claims waived by Hermes would’ve been peanuts compared to revenues generated by the consortium over the five-year extension period (2031 to 2036).

For instance, Hermes would’ve given up its claim for €21 million in compensation for lost revenues attributed to the operation of Tymbou (Ercan) airport in the north of the island.

“Now compare this amount to the estimated €1.5 billion in gross revenues that Hermes would have made during the five-year extension,” said the source.

However, the government’s decision to freeze talks with Hermes also impacts the airlines incentives scheme – part of the package deal – and has rattled the tourism industry.

In a statement on Thursday, the hoteliers association called on the involved parties to resume talks, warning that otherwise the country’s tourism industry was at stake.

“The potential for a deadlock…can only damage the country’s economy,” the association added.

In a statement of its own, Hermes said it was saddened by the suspension of their talks with the government, but added that “any further public debate has nothing of substance to offer.”

The consortium said any further delays in clinching a deal would adversely impact all stakeholders, and most of all the Cyprus economy.

“For our part, we remain a serious partner of the state, as we have been from day one of taking over the operation of the airports.”

To date, Hermes has made capital expenditures on the airports of some €640 million. But the consortium also took out a €600 million loan, which it was paying back to the tune of €50 million a year, with full repayment slated by the year 2025.

The consortium pays an annual concession fee to the state, which comes to 33 per cent of its gross revenues.

According to the company, over the past 15 years the state has collected more than €500 million in concession fees.