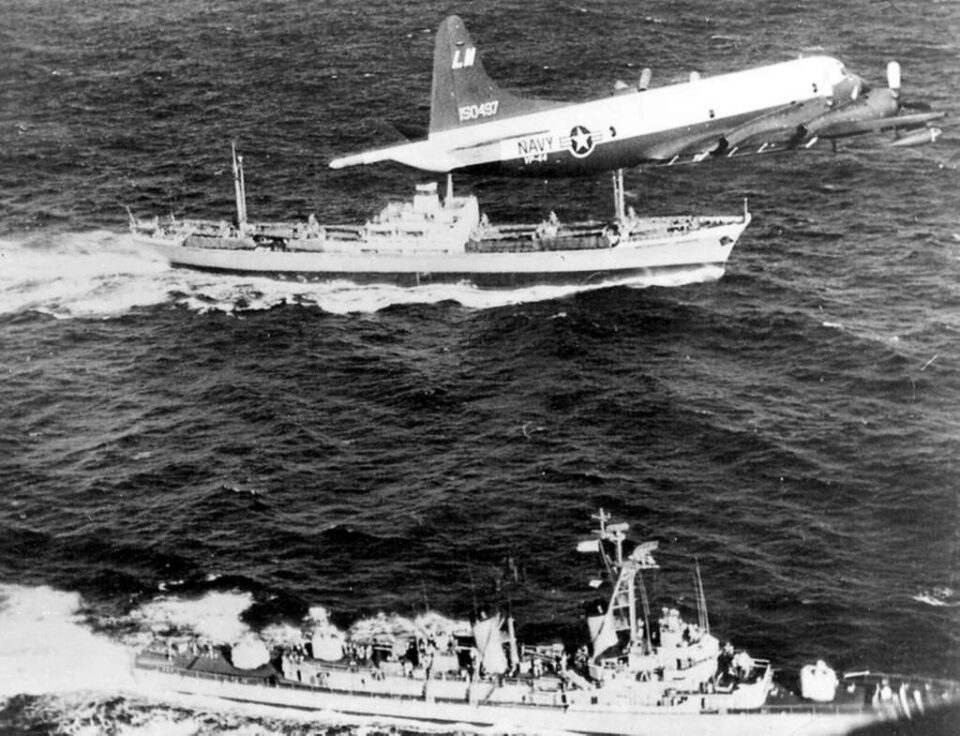 Russian President Vladimir Putin’s threat to use nuclear weapons in Ukraine has brought the world closer to “Armageddon” than at any time since the Cold-War Cuban Missile Crisis, U.S. President Joe Biden said.

With his seven-month invasion unravelling, Putin celebrated his 70th birthday on Friday with fawning praise from some officials but little public fuss. That was a contrast to just a week ago when he staged a huge concert on Red Square to proclaim the annexation of nearly a fifth of Ukrainian land.

In a clear repudiation of Putin’s record, the Nobel Peace Prize was awarded to Russia’s most prominent human rights group, Memorial, which Moscow shut down over the past year. A Ukrainian human rights group and a jailed campaigner against abuses by the pro-Russian government in Belarus were also awarded.

Ukrainian President Volodymyr Zelenskiy said Kyiv’s forces were swiftly recapturing more territory, including more than 500 square kilometres in the south where they burst through a second major front this week.

Russia’s failings on the battlefield have brought unusual public recrimination from Kremlin allies, with one Russian-installed leader in occupied Ukrainian territory going so far as to suggest Putin’s defence minister should have shot himself.

Biden said the prospect of defeat could make Putin desperate enough to use nuclear weapons, the biggest risk since U.S. President John Kennedy and Soviet leader Nikita Khrushchev faced off over missiles in Cuba in 1962.

“We have not faced the prospect of Armageddon since Kennedy and the Cuban missile crisis,” Biden said in New York.

Putin was “not joking when he talks about potential use of tactical nuclear weapons or biological or chemical weapons, because his military is, you might say, is significantly underperforming,” Biden said.

The Nobel Peace Prize for Memorial, the rights group shut down in Russia as illegal “foreign agents” last December, was the most open rebuke of Moscow’s record by the prize committee since it bestowed the award on Soviet dissident Andrei Sakharov in 1975. Sakharov had been named Memorial’s first chairman shortly before his death in 1989.

Memorial was honoured along with jailed Belarusian activist Ales Byalyatski and Ukraine’s Center for Civil Liberties. Committee Chair Berit Reiss-Andersen denied the awards were a statement against Putin.

“We always give the prize for something and to something, and not against someone,” she told reporters.

The Russian group, now operating in exile, said the award recognised its colleagues who continue to suffer “unspeakable attacks and reprisals” in Russia.

“It encourages us in our resolve to support our Russian colleagues to continue their work at a new location, despite the forced dissolution of MEMORIAL International in Moscow,” said a statement by Memorial board member Anke Giesen to Reuters.

In Geneva, the U.N. Human Rights Council passed a motion to appoint an independent expert on human rights abuse allegations in Russia, accusing Moscow of creating a “climate of fear” through repression and violence.

It was the first time the body had set up a “special rapporteur” to examine the record of one of a veto-wielding permanent member of the Security Council. Russia said it showed the West was using the United Nations for political ends.

Putin was shown on state television meeting leaders of other ex-Soviet allies at an informal summit in St Petersburg on Friday, but commentators mentioned his birthday only in passing.

Russian Orthodox Patriarch Kirill, a vocal supporter of the war, led birthday tributes for Putin with a prayer for God to “grant him health and longevity, and deliver him from all the resistances of visible and invisible enemies”.

Ramzan Kadyrov, the leader of Chechnya, a once-breakaway region Putin reconquered two decades ago, congratulated “one of the most influential and outstanding personalities of our time, the number one patriot in the world”.

Public observation of the birthday was otherwise muted. A video circulated on pro-Russian social media channels showing a crowd of a few hundred youths in central St Petersburg waving Russian flags, and holding up red umbrellas to spell out “Putin – My President”. By late afternoon such images had not appeared on Russia’s major broadcasters.

Putin has warned he would use all means necessary, including Russia’s nuclear arsenal, to protect Russian soil, which he now says includes four Ukrainian regions.

In remarks to Australia’s Lowy Institute on Thursday, Zelenskiy said NATO should use preventive strikes on Russia to preclude its use of nuclear weapons.

Kremlin spokesman Dmitry Peskov denounced those comments as “an appeal to start yet another world war”. Russian Foreign Minister Sergei Lavrov said Zelenskiy’s remarks demonstrated why Russia was right to launch its operation. Kyiv later said Zelenskiy had been referring to sanctions, not military strikes.

Ukrainian forces have advanced swiftly since bursting through the Russian front in the northeast at the start of September, and in the south this week.

Since Putin proclaimed the annexation a week ago, Ukraine has recaptured the main Russian bastion in northern Donetsk, and a swath of territory on the west bank of the Dnipro River in Kherson.

Zelenskiy said in a video address on Thursday that Kyiv’s forces had recaptured more than 500 square kilometres (195 square miles) and dozens of settlements in Kherson in October.

Putin has responded to the losses by ordering the call-up of hundreds of thousands of reservists, a move that sent thousands of men fleeing the country to escape the draft.

Public criticism of the authorities – once all but unheard of – has become common, with Kremlin supporters openly seeking scapegoats and demanding punishment. Anger has been aimed at Defence Minister Sergei Shoigu, a Putin loyalist for decades.

“Many say, if they were a defence minister who had allowed such a state of affairs, they could, as officers, have shot themselves,” Kirill Stremousov, deputy head of the Russian-installed administration in Kherson, said on Thursday.