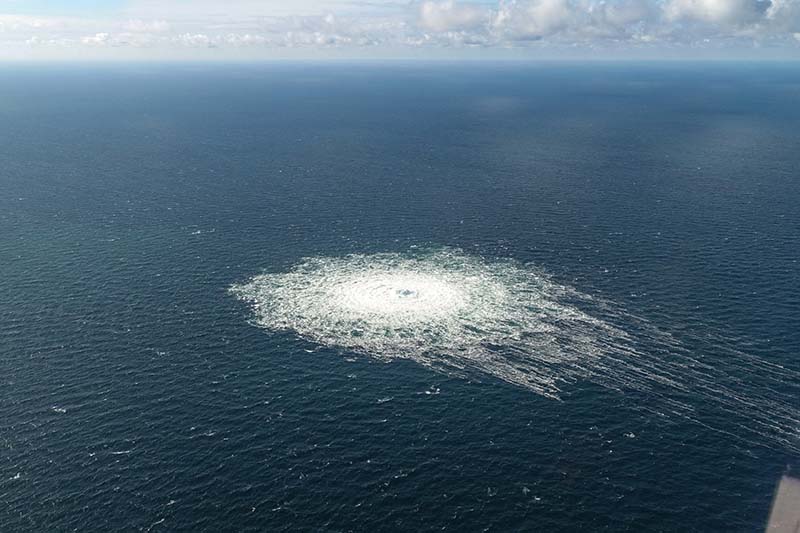 A U.S. Navy reconnaissance aircraft flew near the site of the ruptured Nord Stream 2 pipeline in the Baltic Sea hours after the first damage emerged, according to tracking reviewed by Reuters, a flight Washington said was routine.

Russia’s Nord Stream 1 and 2 pipelines burst on Sept. 26, draining gas into the Baltic Sea off the coast of Denmark and Sweden. Seismologists registered explosions in the area, and police in several countries have launched investigations.

Flight data showed a P-8A Poseidon maritime patrol and reconnaissance plane was over the North Sea at 0003 GMT when Swedish seismologists registered what they later described as a subsea blast southeast of Bornholm Island in the Baltic Sea.

The plane, which had flown from Iceland, performed a pattern of regular racetrack-shaped circuits over Poland before breaking away towards the Baltic pipeline area, data showed.

The identity of the plane could not immediately be established because of the type of rotating identification code sometimes used by such planes, but the U.S. Navy confirmed it was an American aircraft when presented with data by Reuters.

Asked if any of the intelligence gathered might help investigators looking into the pipeline ruptures, U.S. Naval Forces Europe-Africa spokesperson, Capt. Tamara Lawrence said: “We do not have any additional information to provide at this time.”

It’s unclear what role, if any, the U.S. military is playing to aid European investigations into the ruptures of the pipelines, although President Joe Biden has spoken about eventually sending down divers.

According to the data, several minutes past 0100 GMT the plane flew south of Bornholm heading to northwestern Poland, where it circled for about an hour above land before flying at around 0244 GMT to the area where the gas leak was reported.

It came as close as some 24 kms (15 miles) to the reported leak site, circled once and flew towards the Russian exclave of Kaliningrad, a frequent focus for surveillance, analysts say.

Polish, Swedish, Danish and German ministries of defence were not immediately available for comment.

Flightradar24 data showed the plane taking off and landing at Reykjanes peninsula in southwestern Iceland, where Keflavik Air Base is located along with reported P-8 hangar facilities.

The data emerged as the Baltic remains a front for Cold War-style tensions in the aftermath of Russia’s invasion of Ukraine, according to analysts who caution it is impossible to establish with certainty the reason behind specific military flight paths.

“The Baltic is a very active sphere of confrontation with lots of probing and an endless chess game,” said UK-based defence analyst Francis Tusa.

Western governments and officials have so far avoided pointing a finger directly at Moscow, while Russia has rejected any allegations of responsibility as “stupid”, blaming the United States and its allies instead.