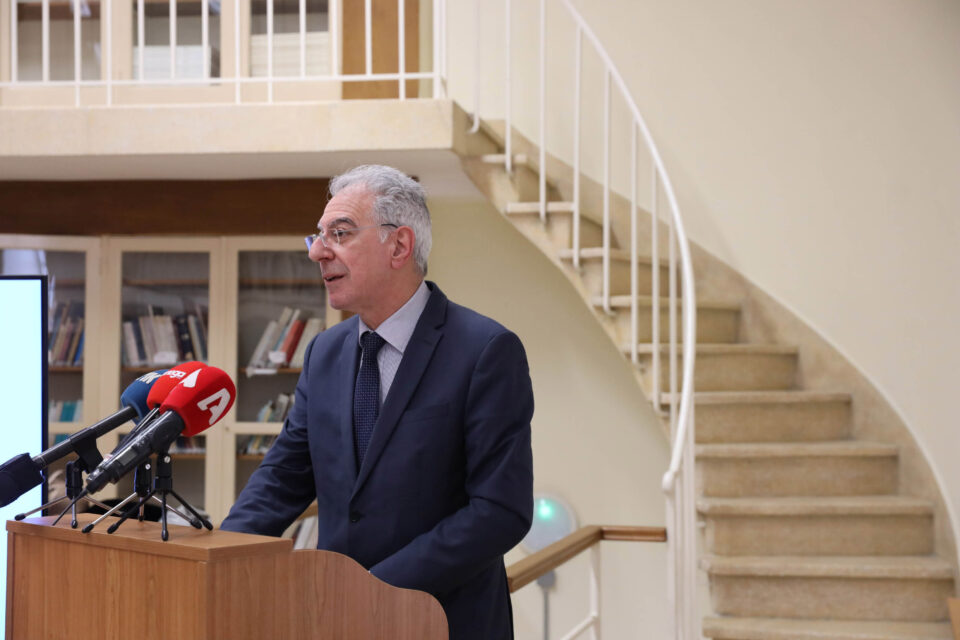 The education ministry is strengthening its programmes to prevent violence, delinquency and bullying, Education Minister Prodromos Prodromou said on Tuesday.

He was speaking at the inauguration of the new canteen at Larnaca technical school, which will be named after 16-year-old Panayotis Stefani, who died in 2021 after being subjected to severe bullying by his classmates.

“We never want to see incidents like the one that cost Panayiotis his life again in our schools,” Prodromou said, saying he was inaugurating the new building with “mixed feelings”.

Addressing the teenager’s parents, the minister said that “we were all shocked when we were informed that a young child, your Panayiotis, was lost, and we all take this incident seriously”.

There is a responsibility in all schools to ensure safe conditions for all students, ensure civilized behaviour, and prevent the actions of some who unfortunately put their classmates at risk, he added.

On naming the new cafeteria after Panayiotis, Prodromou said that “it will be a place of rest and recreation, paying respect to his memory and always reminding people to keep him in their thoughts”.

But at the same time, his name will be a reminder of our obligation, along with learning, transmitting knowledge and developing skills, to enjoy the rights afforded to us by the modern world, he added. “We have the obligation to stand by our neighbour with empathy”.

Prodromou added that acknowledging that this responsibility does not lie only with the schools, his ministry is trying to strengthen all of its programmes related to the prevention of violence, delinquency and bullying at school.

“Unfortunately, we hear of such incidents, mainly of bullying, in many schools, which concerns us,” he said.

“School is a place where, in addition to knowledge and other useful things, children should learn to respect their classmates and elders,” he said. “No one should succumb to the temptation to ridicule, belittle or even bully someone else”.

Addressing the younger generation, he said that with the whole world at our fingertips thanks to today’s technology, “we all want to see in your faces a better future, a better tomorrow, growing up to become better than the world and the generation that preceded it”.

He stressed that the ministry did not want to see any incidents like the one that cost Panayiotis his life, saying that “at any moment we should all know our limits, and know that we need relationships of understanding, love, brotherhood, companionship.

“All of the state’s efforts to provide for your education are worth it, unlike the unjust death of Panayiotis Stefani, which neither the state nor the public deserved”.