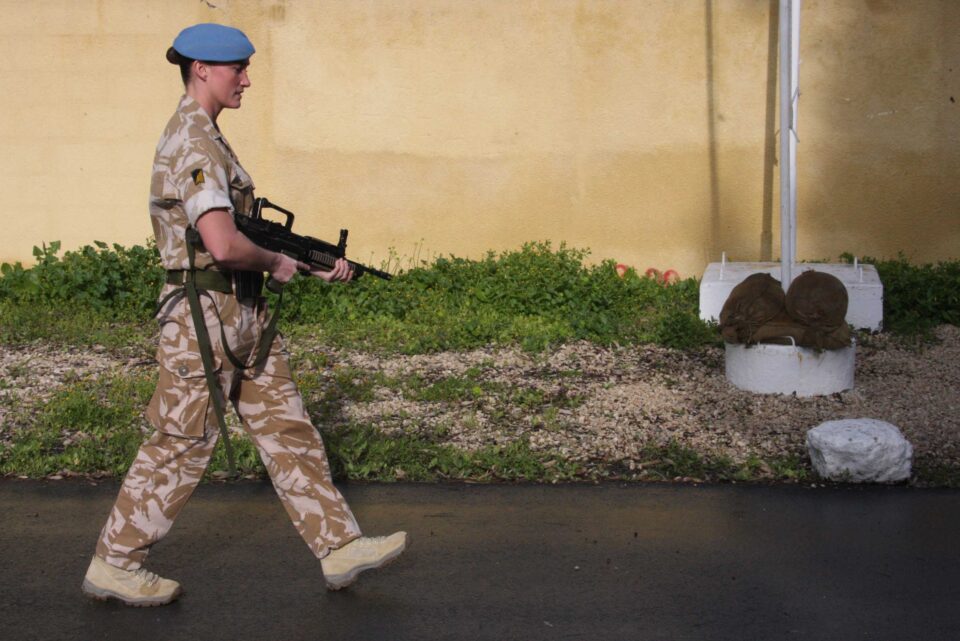 The statement by Turkish Cypriot ‘foreign minister’ Tahsin Ertugruloglu published recently in the Turkish newspaper Hurriyet, could be characterised as an ultimatum. He was giving a month’s notice to the UN peacekeeping force Unficyp to agree to the conclusion of a separate agreement with the ‘TRNC’, seeking in fact recognition for his illegal regime.

If the organisation refused, Unficyp would have to withdraw from its two military camps in the occupied north Cyprus.

This followed an earlier meeting Ertugruloglu, together with the Turkish Cypriot leader Ersin Tatar, had in New York with Antonio Guterres and Jean Pier Lacroix where they submitted a draft “agreement for the regime of the forces”. Ertugruloglu stated that the United Nations will examine the draft and give an answer the soonest possible and that in case of negative answer they will take the necessary steps.

The selfish rhetoric is evidently baseless, as everybody knows how difficult it is for an agreement to be signed between an illegal state and the United Nations, which in this particular case is bound by their own Resolution 541 (1983) of November 18, 1983 which: “Deplores the Declaration of the Turkish Cypriot authorities of the purported secession of part of the Republic of Cyprus and considers the declaration referred to above as legally invalid and calls for its withdrawal”.

This was the same difficulty confronted by the former Turkish Cypriot leader Mustafa Akinci, who on July 2, 2018 sent a letter to the members of the UN Security Council asking for the reassessment of the Unficyp mandate.

His argument was that Unficyp continues to cooperate with the Turkish Cypriot authorities without a legal basis and that it was therefore necessary to prepare a document with the UN dealing with all aspects of their relations.

Both Akinci’s request for the reassessment of the Unficyp mandate and that of Ersin Tatar for a separate agreement are refuted by the following legal arguments.

It should be noted that the consent of the host state is the most important legal basis for the admission and operation of a UN force.

In the case of Cyprus, this consent has been given by the government of the Republic of Cyprus. The then-Turkish Cypriot vice-president did not protest the arrival of Unficyp back in 1964, but argued that his constitutional rights were violated when consent from him was not sought (see UN document S/5583, S/5608, S/5613 and S/5629).

The necessity of placing relations between the UN and the host state on a clear legal basis led to the conclusion of an agreement on March 31, 1964, between the Republic of Cyprus and the UN concerning the status of Unficyp.

It is quite obvious that the UN itself viewed the government of the Republic of Cyprus, following the voluntary defection of its Turkish Cypriot members in December 1963, as having the full constitutional competence to sign the agreement with the UN.

Concerning the purposes of Unficyp’s operation, its mandate, as enunciated by the Security Council in its resolution 186 (1964) of March 4, 1964, was in the interest of preserving international peace and security, to use its best efforts to prevent a recurrence of fighting and to help maintain and restore law and order and return to normal conditions.

It is of the utmost importance to mention that operative paragraph 2 of this resolution recognises that the responsibility for the maintenance and restoration of law and order belongs to the government of Cyprus.

There is, therefore, no need for any additional legal basis for cooperation between the Turkish Cypriots and Unficyp, since the legal basis of the force rests equally upon Security Council Resolution 186 of March 4, 1964, taken in accordance with the provisions of the UN charter, and the consent of the government of the Republic of Cyprus, which requested the presence of a UN peacekeeping force on the island.

There is, however, another legal argument against preparing such a document which is obviously aimed at giving the Turkish Cypriots a say in matters concerning Unficyp and in this way promoting the recognition of their illegal regime.

For 58 years the Turkish Cypriot side cooperated with Unficyp in the performance of its peacekeeping mission.

The two necessary elements implying the existence of customary law are there. “Consuetudo”, or prolonged repetition of the same action, and “opinio juris sive necessitatis”, the belief in the obligatory character of its usage. This is the opinion of professor Paul Guggenheim (“Traite de Droit Intrantional Public”, Volume 1, p.46) as well as that of professor Lassa Oppenheim (International Law Vol 1, p.26), who confirms that “international jurists speak of a custom when a clear and continuous habit of doing certain actions has grown up under the aegis of the conviction that these actions are, according to international law, obligatory or right”.

We would also like to stress the fact that the Turkish Cypriot opposition had the courage to react to Tatar’s actions and the need to be ready and united to face future challenges from the Turkish side.

Dr Andrestinos Papadopoulos is a former ambassador of the Cyprus Republic

Helping the body and brain to welcome bionic limbs and implants