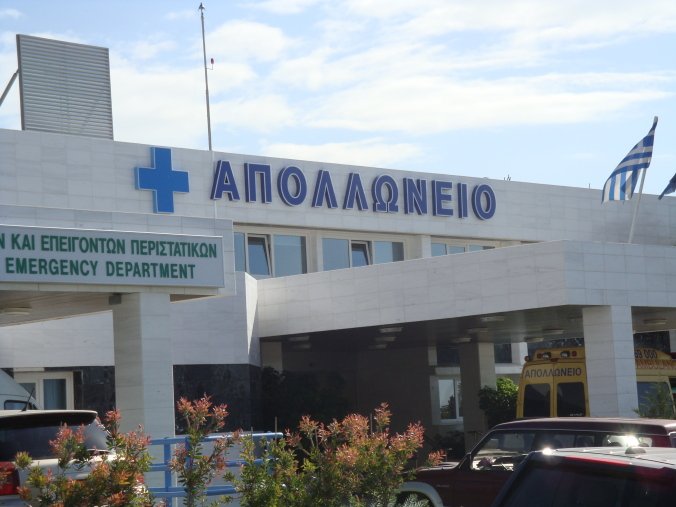 The Commission for the Protection of Competition (CPC) said on Thursday they are currently assessing a bid by a foreign investment fund to acquire a second major hospital in Nicosia, amid concerns that the concentration of hospitals under a single holding company may lead to an oligopoly in the healthcare sector.

In parliament, CPC official Maria Michael said that, after having green-lit the investment fund’s purchase of Apollonio hospital, they’re now evaluating a filing by the same fund to acquire a second hospital in the capital.

She named the investment fund as CVC Capital Partners, which back in October 2021 bought out Apollonio for a reported €85 million.

Now CVC intends to purchase a second hospital – which Michael did not name, but which is understood to be the Aretaion.

Michael told lawmakers that the competition watchdog is looking at various parameters in terms of coming to a decision in the case of the second hospital – such as what specific market is in play, whether the healthcare market in Nicosia should be seen in isolation to other districts, and what overall share of the market the investment fund would end up controlling were it to make the second acquisition.

She said the Commission has the authority to insert safeguards in acquisition deals in the private sector, or to outright deny a takeover if it deems a buyout might lead to excessive concentration.

For their part, the association of private hospitals (Pasin) said they have no authority to interfere in such matters or prevent members from entering into transactions.

Whereas the association agrees that a monopoly or oligopoly would aversely impact smaller healthcare facilities, it does not share concerns over the creation of a monopoly situation in healthcare because of the existence of public hospitals.

A representative of Pasin said foreign investors can bring valuable knowledge and experience to the healthcare sector.

Diko MP Chrysanthos Savvides said that because of the practice of the Health Insurance Organisation – the agency managing the national health system or Gesy – to reimburse different private hospitals with different rates for the same operation, “based on workload rather than on qualitative criteria, this has made certain healthcare facilities attractive to foreign investment funds.”

Already, he added, a number of private hospitals have been bought out, and “we may very well see more of this in the future…and let’s not even mention that many [hospital] shares have changed hands with so-called silent investors.”

The MP warned that a concentration of several private hospitals under a single investment fund would “affect the balance” because these hospitals would wield far more leverage when dealing with the Health Insurance Organisation (HIO).

Both the Aretaion and Apollonio hospitals are part of the national health system, having contracted with the HIO.

The investment firm operates in Greece through the Hellenic Healthcare Group (HHG), which controls six private hospitals there.

Our View: The government’s nonsensical plans to help the elderly in their plight