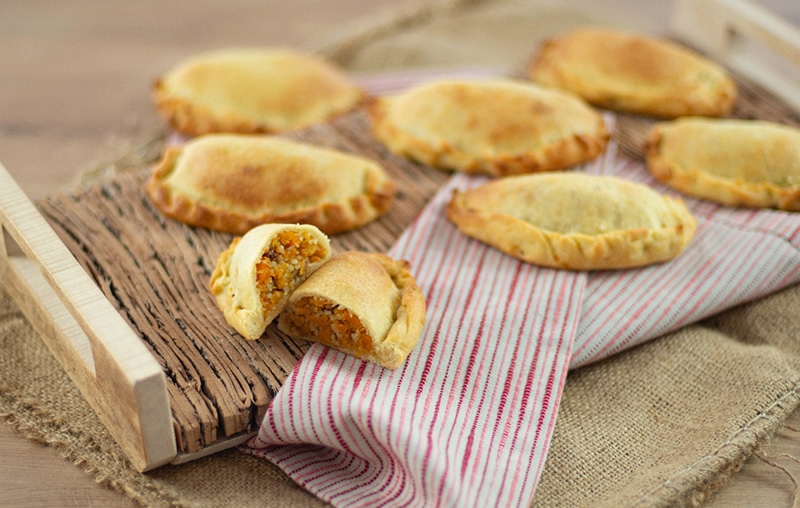 There are more than 150 different varieties of pumpkins grown in the world today, but the image that pops into mind on hearing the word pumpkin is of the Rouge Vif d’Etampes, and – we owe this to Walt Disney, which used this type of pumpkin as a model for the one shown in his vision of Cinderella.

But we can safely assume that there were no pumpkin spice lattes before Cinderella, because the word pumpkin was actually used for the first time in Cinderella, the well-known fairy-tale of the 17th century.

Even though pumpkins cannot be transformed into vehicles in real life, for some reason they magically transfer me to my childhood. I always associate them with a sweet nostalgia for the fall season, that transitional period that signals the end of the summer and the beginning of winter.

Whenever I smell the combination of cinnamon and pumpkin, I go back to my childhood when my ‘giagia’ would prepare Cyprus Pumpkin Pies (kolokotes) and distribute them among our large family during fall – with extreme pride and joy. She would spend an entire day in her kitchen to prepare them and she would always save one (the biggest!) as a special treat for me, because they were usually prepared near my birthday.

My childhood memories aside, pumpkins are also, without a doubt, one of the most versatile and tasty fruits that can be found in a kitchen. And, yes, I keep calling them ‘fruits’ because that’s what they are – more specifically they belong in the category of Cucurbitaceae originating from Africa and Asia – just like watermelons and cucumbers!

They also provide a range of health benefits as they are dense in nutrients; whether served in the form of a tempting fall dessert such as pumpkin pie or a soulful, warming turmeric and pumpkin soup.

Whole pumpkins can actually be stored for up to two to three months and the longer you store them in a dry, dark and cool place (such as the pantry) the sweeter and nuttier the flavour of their pulp. And what’s more, every single part of a pumpkin is edible including the skin, leaves, flowers, pulp, seeds and the stem.

Certainly, there are millions of recipes out there, from various cultures and kitchens ready to be discovered and tested. But I will cherish this one: my giagias receipe for kolokotes.

500g village flour (or all use flour)

Depending on the sweetness of the pumpkin, you could add sugar (or honey) to the filling to your liking. I personally prefer to adjust the amount of raisins in the filling accordingly. More raisins means a sweeter filling. 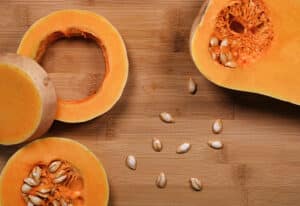 To make the filling, combine all the filling ingredients in large glass bowl, mix them well and leave them in the refrigerator for a minimum of four hours. I prefer to leave them overnight for all the flavours to bind and ensure that the bulgur absorbs all in the pumpkin liquids.

I like to make my kolokotes dough by hand – as taught by my giagia.

In a large bowl, combine the flour and salt. Then sprinkle in the extra virgin olive oil and using your fingers, rub together with the flour in between your hands until the mixture resembles breadcrumbs. This technique will ensure the equal distribution of the fat (olive oil in this case) in the dough. Then pour the vinegar into the cup of water and add it slowly to the flour/olive oil mix. Ensure that you have a well-kneaded dough before transferring it to a floured surface. Then knead again (it can take some time!) until the dough is smooth and elastic.

Return the dough to a well-greased glass bowl, cover with a clean towel and leave to rest for about two hours.

Divide the dough into about six pieces, working with one piece at a time and returning the rest of the dough pieces in the bowl. Ensure that they are covered with a plastic membrane as to maintain moisture and are soft/easy to work with.

Place approximately two full tablespoons of filling in the circle and fold the round shape in the middle to form a semi-circle.

Press the edges of each pie with a fork to seal well. It is important to keep cleaning the working surface from any filling remnants after finishing each pie.

Once the kolokotes are sealed, place them on a baking sheet and bake at for approximately 35 minutes or until the dough becomes slightly brown

Allow to cool down completely and enjoy!

Boy injured after being run over

Cyprus from a different angle (photos)