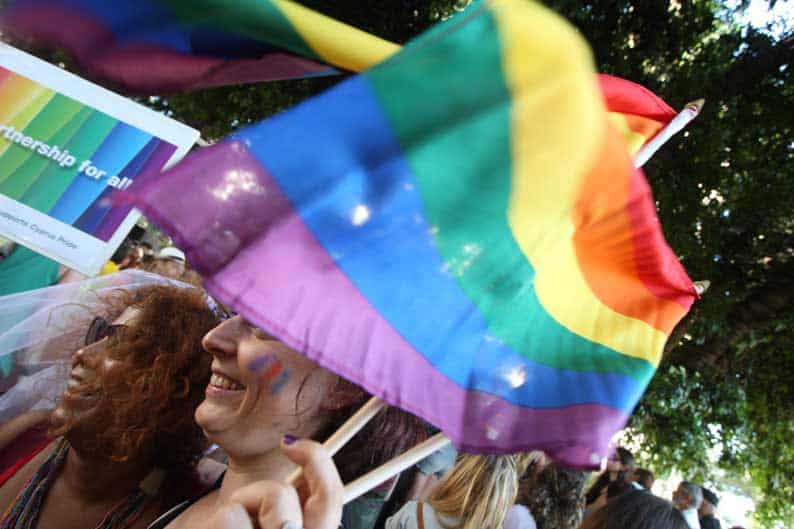 Only unmarried people will be able to legally change gender with the introduction of “easily accessible procedures” for gender recognition in the national legislation, MPs heard during the House legal affairs committee on Wednesday.

Justice Minister Stephie Dracou presented the ‘groundbreaking’ bill which will ensure the right of every person to legal recognition of gender identity without invasive procedures but on self-determination.

The bill will establish a “clear, transparent and easily accessible procedures for the legal recognition of a person’s gender identity,” Dracou said. This procedure is already in place in the Republic based on an administrative procedure followed by the department of population and immigration since 2019, she added.

‘Gender identity’ as a concept is found in the criminal code, in the law on the prevention and combating of violence against women, and in the protection from harassment.

Under the gender identity recognition law, a person, without having to undergo surgery, medical treatment or psychiatric consultation can follow a simple procedure to change the registered gender data from official documents.

The right to legal gender identity recognition is given to Cypriot citizens, including minors aged 16 and over with a stricter procedure. Cypriots born abroad but registered with the population and immigration registry and refugees are also eligible. This right can be exercised up to two times.

However, the applicant must not be married.

Applicants can submit a written application for a certificate of legal gender identity recognition to the registrar, if they are Cypriot citizens or the director of the civil registry department if they were born abroad or if this concerns a refugee residing on the island.

The application is accompanied by an affidavit signed in person before a District Court Registrar indicating the desired gender, first name and surname and stating that the person submits the application of his/her own free will and understands the consequences of this procedure.

The decision is issued within 30 days. If the application is approved, a new identity card, passport, voter’s booklet, birth certificate are issued with the new details.

Furthermore, a certificate of legal recognition of gender identity is issued.

“It is the applicant’s obligation to ensure that his/her details are immediately changed in the various services,” Dracou said.

In case the applicant has children, the rights and obligations of the persons concerned in relation to their children are not affected.

“The issuance of the certificate does not automatically change the children’s birth certificate or any documents relating to their children,” the minister said.

She noted that any rights, obligations and any kind of connection with a criminal case or other liability of any nature of the applicant, created prior to the issuance of a certificate of legal gender recognition, shall continue to exist after the issuance of the certificate.

The procedure is stricter concerning minors aged 16 to 18, whose application is completed by their parents and are prohibited from accessing medical treatments for gender dysphoria.

Before the parents can apply, they must have applied to the family court to obtain an order. To issue an order, the family court must request and receive a positive, unanimous opinion from the gender identity committee for minors. This committee is constituted under the provisions of this bill and is composed of an official of the social welfare service, a child psychiatrist and a psychologist.

Medical interventions for the purpose of changing the sex of a minor are expressly prohibited, except where, in the opinion of the attending physician, there is a serious health reason that puts the minor’s life at risk.

“This provision is intended to protect transgender people who, at a very young age, are subjected to operations without their consent, often with disastrous consequences for their development,” Dracou said.

The bill was prepared by the justice ministry in cooperation with the law commissioner and was subject to public consultation.