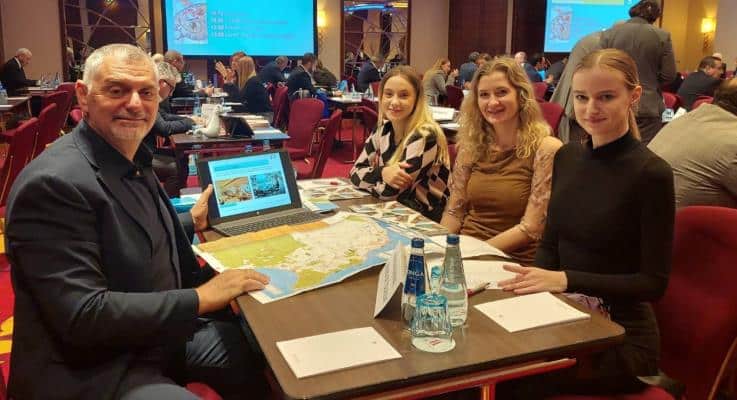 The Paphos regional board of tourism (Etap) this week travelled to Poland in order to promote the district as a tourist destination by engaging with local tourist industry stakeholders.

According to a statement, the promotional initiative was spearheaded by the Deputy Ministry of Tourism and sought to inform commercial partners on Paphos’ strengths and prospects as a tourist destination, with more than 80 tourist agents attending the event.

As reported by the board, arrivals from Poland have increased dramatically in recent years, reaching 80,000 visitors in 2019, before marking an increase of 50 per cent in 2022, where they amounted to more than 120,000 visitors.

“Paphos has been gaining a significant share every year, while it should be noted that the air connection between Paphos and Poland is the best it has been over the past 30 years,” the board said in its statement.

What is more, the board noted that in the winter season of 2022-2023, at least 12 inbound flights are operated every week through budget airline Ryanair from five Polish airports.

In addition, an expanded flight schedule is expected to be put in place in the forthcoming summer season of 2023, with more than 14 flights per week from six Polish airports.

“The participation in various events, including exhibitions and workshops, engaging with tourist agents and journalists, implementing various public relations actions and other promotional activities, are all part of the wider objective of business organisations and entrepreneurs of Paphos, as well as the Deputy Ministry of Tourism, for a full recovery of the local tourism market to the figures recorded in 2019, while also seeking to boost arrivals throughout the entire year,” the board’s statement concluded.

Meanwhile, the Paphos tourism board recently announced that the district will have a capacity of approximately 8,000 beds for tourists who wish to visit the district during the winter season.

Furthermore, the board has launched a digital campaign that will target a select few markets, promoting Paphos to prospective visitors. The campaign will run until the middle of December.

“The digital campaign is primarily aimed at increasing the destination’s visibility, attracting visitors with comfortable air connection to Paphos airport,” the board explained, noting that the countries it is targeting with the campaign include Poland, France, Germany and the United Kingdom.

“We believe that the digital campaign promoting Paphos will also contribute to the transformation of Cyprus from a predominantly summer destination to a year-round one,” the board stated.

Qatar’s hopes hang in the balance as elimination beckons