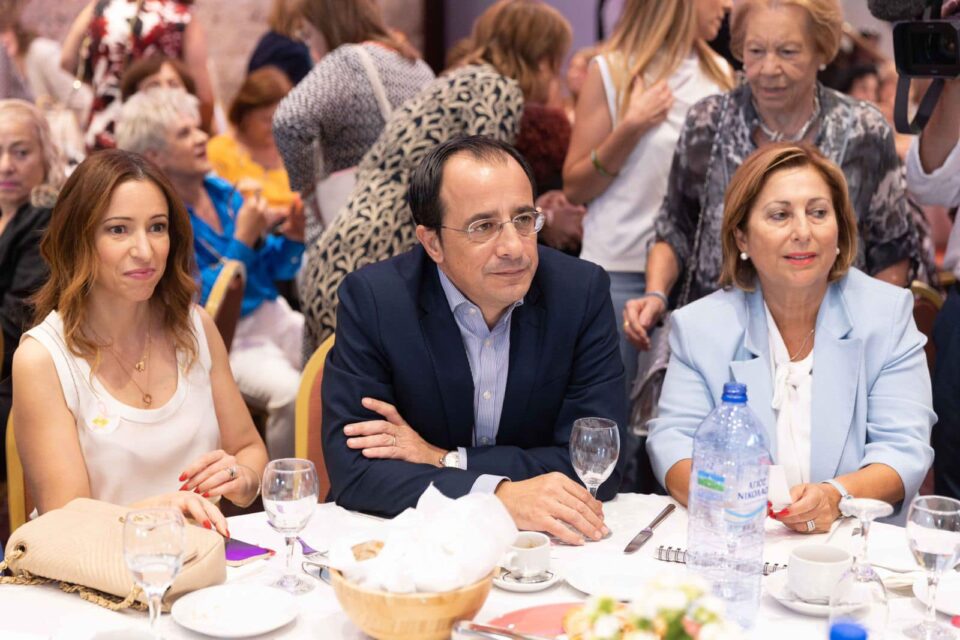 Christodoulides on the campaign trail

In a speech he made on Thursday, independent presidential candidate, Marios Eliades raised an important issue about the forthcoming elections that most candidates have been turning a blind eye to. The candidate, who is way ahead in opinion polls and hot favourite to win the elections, as well as the parties backing him, “never believed nor sincerely sought a Cyprus settlement,” Eliades said.

The prospective victory of this alliance would cement partition he concluded and those who allowed it to happen would be the accomplices of the partitionists. There was a way of preventing this, said Eliades. All the parties and candidates and parties that remain committed to a bizonal, bicommunal federation, should unite behind a single candidate to avert partition. He was correct in pointing out that the pro-settlement camp was “heading towards the election divided and in pieces,” thus handing the advantage to Nikos Christodoulides and his rejectionist backers.

Eliades said he had written to all the parties and candidates who want to avert partition with the proposal of all joining forces behind a single, unifying candidacy. It was not clear whether he was volunteering to be the unifying candidate, which would be ludicrous given his lack of support, but his general argument, in principle, was correct. After the presidential elections, there could be one last push for finding a settlement, foreign diplomatic sources indicated, but this would be determined by the outcome.

The UN, the EU, the US, even Turkey, were prepared to help for one last push at finding a settlement, but this would depend on who was elected president, said a UN source. If Christodoulides, backed by the staunchly anti-settlement Edek and Diko, won, this would rule out the possibility of a push as the UN, in particular, would not want to invest time, effort and resources in a process that is certain to fail. Christodoulides’ anti-settlement views are indisputable, even though he may pay lip service to the need for a solution, in the same way that Tassos Papadopoulos had done before he was elected. Papadopoulos not only had assured the EU he would accept the Annan plan he also agreed to UN arbitration.

Admittedly, there is no guarantee Turkey would be inclined to a return to talks on a bizonal bicommunal federation, given President Tayyip Erdogan’s bellicose stance and aggressive rhetoric towards Cyprus and Greece. Has he any intention of backing down on his demand for a two-state solution, or will this remain a condition for a resumption of the process? Adding to the uncertainty, apart from Erdogan’s erratic behaviour, are the elections scheduled in Turkey for June. Erdogan could lose and nobody knows what his successor’s plans and objectives would be. Having a Greek Cypriot president who supports a federal settlement could be a matter of utter irrelevance by June.

Yet if there is just a very small possibility of Ankara agreeing to one last attempt at talks for a federal settlement, the Republic needs a president who is totally committed to this. Christodoulides is not this man. He was a negative influence on President Anastasiades at the talks in Mont Pellerin and Crans-Montana – something he failed to deny when Andreas Mavroyiannis made this accusation in a televised debate – and more recently had said he would not accept the Guterres framework as it was but would seek talks to have it improved. This was a diplomatic way of saying he would not accept talks to be based on the framework, which Diko and Edek are vehemently opposed to.

Yet if there is to be one last push, not only would the Greek Cypriot side need to accept the Guterres framework as is, it would also have to agree to a timeframe for finalising the deal. It is the only way it would convince the UN to undertake one last initiative – and this is assuming Turkey would be on board.

February’s presidential elections could be turned into a type of referendum on a federal settlement for the Greek Cypriots, if there was a single candidate representing the pro-solution camp standing against Christodoulides and the status quo-supporting hardliners. The Greek Cypriot voters would be made to understand that they would be voting on a single issue – a federal settlement – deciding on what type of future they want for their country. If it is permanent partition, they will vote for the candidate that will deliver it and their wishes will be respected. As things stand now, there are six candidates vying for the pro-settlement vote against two in the opposing camp.

Eliades was right to raise this point, although the idea there could be one candidate, unifying Disy and Akel is from the field of science fiction politics. In fact, even in the highly unlikely event there could be some agreement in principle they would probably never agree on the candidate. Then again, if they are as committed to a settlement as they claim to be and sincerely want to prevent partition – based on the hope there would be a small opportunity – they should put aside the hostility and rivalry of the past, for once, for this cause. The alternative is becoming facilitators, if not accomplices, of the partitonists.