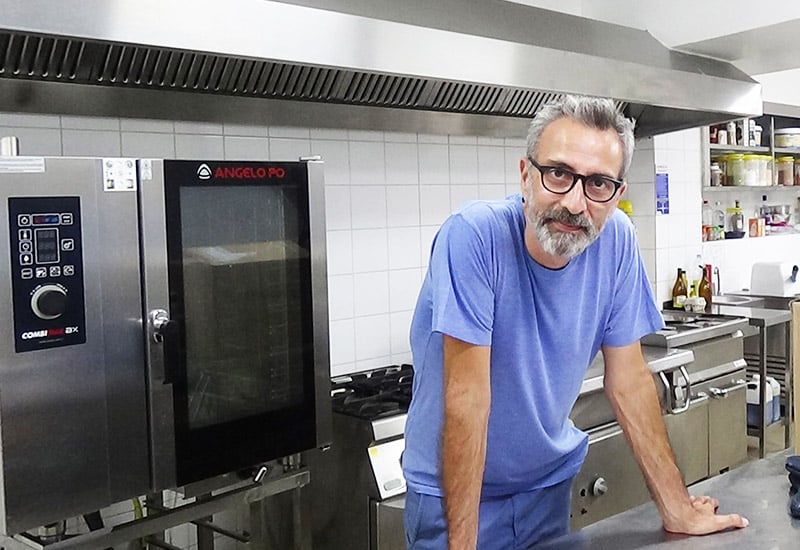 Such places, according to Leventis, prepare food at home – sometimes in a warehouse space or garage – without a licence, then use delivery platforms (presumably like Wolt or Foody, though neither one was named) to deliver it to customers.

“What will happen,” he wondered, “if someone gets food poisoning from these places, which are completely unregulated?”

It’s unclear how pervasive the problem is. Leventis himself, contacted by the Cyprus Mail, admitted that, though his association had received complaints from members, they were still looking into the facts of the matter.

But the bigger, more interesting – and more controversial – question is perhaps, even if such ghost kitchens exist, how far should they be regulated? Should the government aim at shutting them down, or conversely encouraging them?

It’s a similar dilemma as with the growth of Airbnbs. As economic crisis deepens, people are increasingly trying to make money on their own initiative – but this takes them into sectors which have always been state-regulated, and pits them against ‘official’ businesses (whether hotels or restaurants) which now act as gatekeepers.

On the one hand, anyone serving food to the public should be subject to some basic health controls. On the other, home kitchens will typically be created by people who are unfamiliar with bureaucracy – migrants cooking food from their home country, for instance – and easily discouraged by too many checks.

There’s another aspect to consider. We live in the age of social media, and the information marketplace is very different to what it once was. Any business that’s badly run, or gives people food poisoning, would be deluged with negative comments and forced to shut down in no time. The market is much more self-regulating, the role of government less obviously necessary.

In any case, the push-and-pull between state regulation and the entrepreneurship of ordinary people is an old story.

“It’s a pattern, and this is like the third time around,” Yiannis Tryfon, owner of Misfit Union and M.U. Kitchen in Nicosia, told the Cyprus Mail.

The first time such controversy erupted (less so in Cyprus, which is always a bit behind the times) was over street food. Many governments tried to crack down, citing the usual worries over health – but street food eventually triumphed and in fact it’s now a buzzword, applied even beyond actual food trucks and street vendors.

The second skirmish had to do with small producers (often old ladies trying to supplement their pension) making jams and other condiments at home, then selling them at markets. This became illegal in Cyprus around the time of our entry into the EU, says Tryfon – but the law was later relaxed when the economic crisis hit in 2013.

In short, the authorities realised that many people were in desperate need of extra income – and that, actually, some basic control would probably be enough, “basically getting Mrs. Maria to describe her kitchen, and getting her details on file just in case,” says Tryfon. 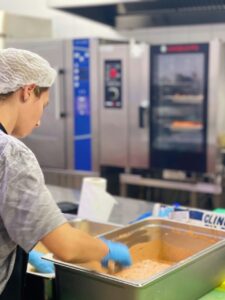 Look, he adds, when it comes to an “industrial kitchen” like the one he runs, strict controls make sense. What if some disgruntled employee deliberately made bad food in order to sabotage him, for instance? “But when you’re at home with your kids, cooking food and selling it – I mean, it’s almost like you’re feeding your kids, you know?”

The precise level of regulation will vary, but it should be done with a light hand. A general health certificate, as required by everyone who handles food (it involves an annual fecal test, to ensure they’re not infected with harmful bacteria), is surely appropriate. A requirement that every ghost kitchen must be a company and pay VAT, on the other hand, may be too onerous and likely to discourage people. The point is “not to cut off the chance of business being created,” says Tryfon, “or new ideas being created”.

All that said, he believes the issue is exaggerated. “I’ve been in the food industry for 10 years, and I’ve only heard about one ghost kitchen in the way [Leventis] describes.” He does occasionally hear about home kitchens – Nepalese making momos at home for other Nepalese, for instance – but they’re always informal and person-to-person, without using the delivery platforms which are hard to sign up for anyway. (Neither Wolt nor Foody replied to emails asking for details of what they require from food producers.)

Ghost kitchens are indeed taking over – in the sense of an eatery that’s not public-facing, operating through online orders and delivery – just not (yet) in the way of small entrepreneurs cooking from home.

The main business model at the moment actually involves established restaurants creating secondary brands within their premises, using their existing kitchen as a ghost kitchen. Also quite common is the case of chefs who are planning to open a restaurant trying out their ideas in ‘ghost’ form before splashing out on a big investment.

Tryfon’s premises in Nicosia, a ghost kitchen able to accommodate many different kitchens, are a glimpse of how things may develop in the food industry: fewer actual restaurants but more foodie options – and, since overheads are low, more diversity, allowing niche cuisines to thrive.

Thus, for instance, there’s no reason why a Bangladeshi or African migrant shouldn’t avail themselves of Tryfon’s set-up to run their own online restaurant – though he actually believes the state should be more proactive in encouraging such chefs, not just relying on their entrepreneurial skills.

Food, after all, is a social glue – and Cypriots are notoriously reluctant about trying ethnic foods, adding to the general ghettoisation of the people who make such foods. “Why not have street-food events promoted by the government?” asks Tryfon, pointing to the great success of Fork Food Market.

A Sunday food bazaar in Nicosia or Limassol could be a game-changer. Officialdom would require the usual health checks, reassuring those who might otherwise be wary of trying foreign grub. Not only would locals become more familiar with other cultures, but talented cooks from those cultures would find an outlet for their talents – and might even be offered a deal by some canny businessman looking to open an ethnic restaurant.

In the end, the ideal credo is perhaps ‘the more the merrier’. As with street food and the old ladies making jam in their kitchens, the clash between governments wanting to clamp down and people trying to be entrepreneurial should probably be settled, whenever possible, in favour of the latter.