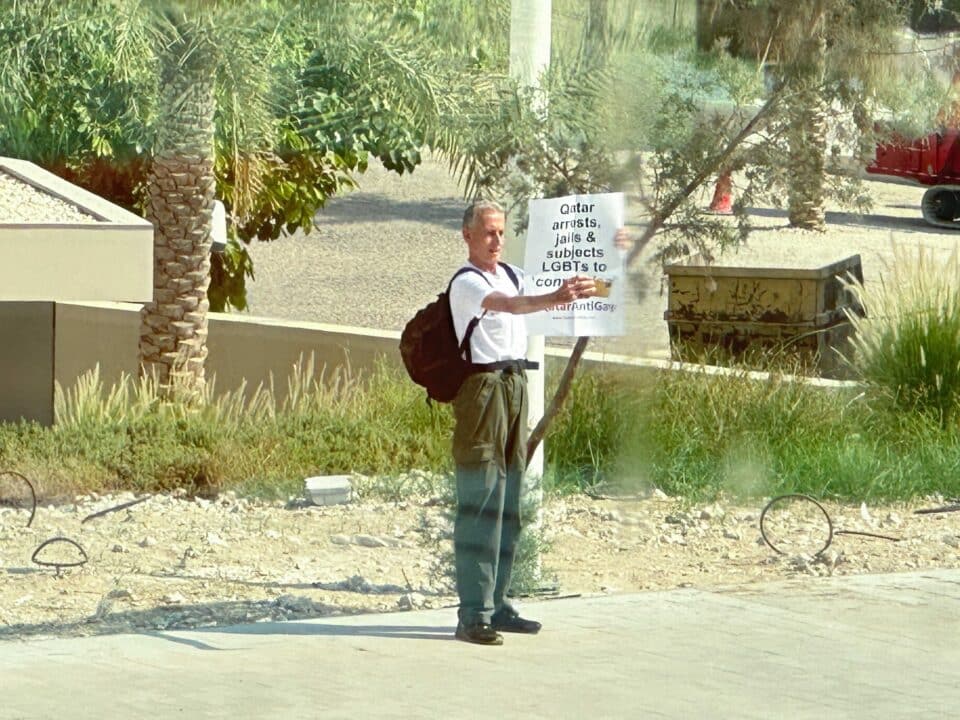 But we are where we are and it is time to let the football speak and as Fifa boss, Gianni Infantino said, the hypocrisy of the critics of Qatar for failing to uphold values taken for granted in Europe and North America must be seen in context given that only a few years ago they were themselves intolerant of the liberal values they now project globally.

The British media have been one of the most vociferous critics of Qatar, particularly about the fact that homosexuality is a criminal offence there. They preach as if Britain has been a paragon of tolerance of homosexuals when the history of the persecution of homosexuals in Britain is well known.

Who can forget the attacks by the British media on the gay community during the height of the AIDS epidemic in the 1980s? The most widely read daily in Britain the last 40 years has been The Sun newspaper. It is the best guide of attitudes in Britain because it reflects the unvarnished attitudes of the vociferous majority. During the AIDS epidemic the Sun screamed homophobic abuse, demonising homosexuals, branding AIDS a ‘Gay Plague’ and, adding insult to injury, blamed the gay community for the disease.

In the criminal law it was not until the Sexual Offences Act 1967 that homosexual acts between consenting adults became lawful in Britain. Before 1967 it was a criminal offence and homosexuals were prosecuted for being themselves and persecuted by gay-bashing gangs with little police protection. Even after 1967 they were ridiculed and discriminated by society in its intolerance of the love that finally dared to speak its name.

The law against homosexual sex in England was first passed at the time of England’s most celebrated monarch – King Henry VIII. He had six wives whose fate in mnemonic sequence was “divorced, beheaded, died; divorced, beheaded, survived.” But he was intolerant of homosexuality and a law was passed during his reign making death the punishment for homosexual sex between males in England – reduced to a maximum of 10 years imprisonment in the 19th century.

The poet and playwright, Oscar Wilde, was convicted and sentenced to two years imprisonment with hard labour for engaging in sex with rent boys; and the brilliant mathematician, Alan Turing, who cracked the enigma code that was crucial to Britain’s victory in second war in 1945, was convicted and punished for a homosexual offence.

What happened to Turing was particularly cruel and inhumane. He reported a robbery to police but instead of being protected by them he was questioned about his relationship with the robber and admitted that he had had had sex with him. He pleaded guilty and at the sentencing stage of the proceedings he was given an immoral choice by the court: chemical castration or imprisonment.

He chose chemical castration and took his own life shortly after as a direct result of the punishment meted out to him by the court. And although he was posthumously pardoned by Queen Elizabeth II in 2013, the circumstances of his arrest, conviction and sentence shows English society at its hypocritical worst.

Turing’s contribution to the war effort was well known to prime minister Winston Churchill who had himself authorised codebreaking at Bletchley Park during the war; and yet it counted for naught when it came to society’s intolerance of homosexuality. The intolerance still persists despite all the fanfare to the contrary in Qatar.

The police duplicity in which people reporting serious crimes are themselves investigated because of what they are is pernicious. It still happens to homosexuals, rape-victims and migrant workers. Gay men and women are often subjected to oppressive questioning when they report sexual crimes against them, and migrant workers frequently have the legality of their status questioned on reporting crime and deported if their stay is irregular – so much for the concern about the treatment of migrant workers in Qatar.

Even after homosexuality was legalised in Britain, gay people still suffered inequality and discrimination. I remember defending a Swedish gay man in the 1980s who was going to be deported even though he was in a long-term relationship with his English partner. More recently, a trans guy from Mauritius who was divorced by his German partner for transitioning was going to be deported in the middle of his medical transitioning.

All that having been said, Gianni Infantino was obviously exaggerating when he said that Europeans need to apologise to the rest of the world for three thousand years for the sins of their forefathers. The main thrust of his argument, however, that there is a lot of humbug and hypocrisy about the criticisms of Qatar is well grounded

And it is not just about gay rights that he had a point. The drinking ban in stadiums was welcome news to anyone who remembers the drunken English football hooligans of the 1980s. In the 1990 World Cup in Rome in Italy the police were so concerned about a repeat of the Heysel stadium disaster when drunken English fans charged on Italian fans that resulted in 39 Italians being crushed to death, the Rome police took draconian measures to ensure that English fans behaved in accordance with the old adage that “when in Rome we do as the Romans do” – more generally when you are visiting another country you should respect the laws and customs of that country even if it is for the World Cup.