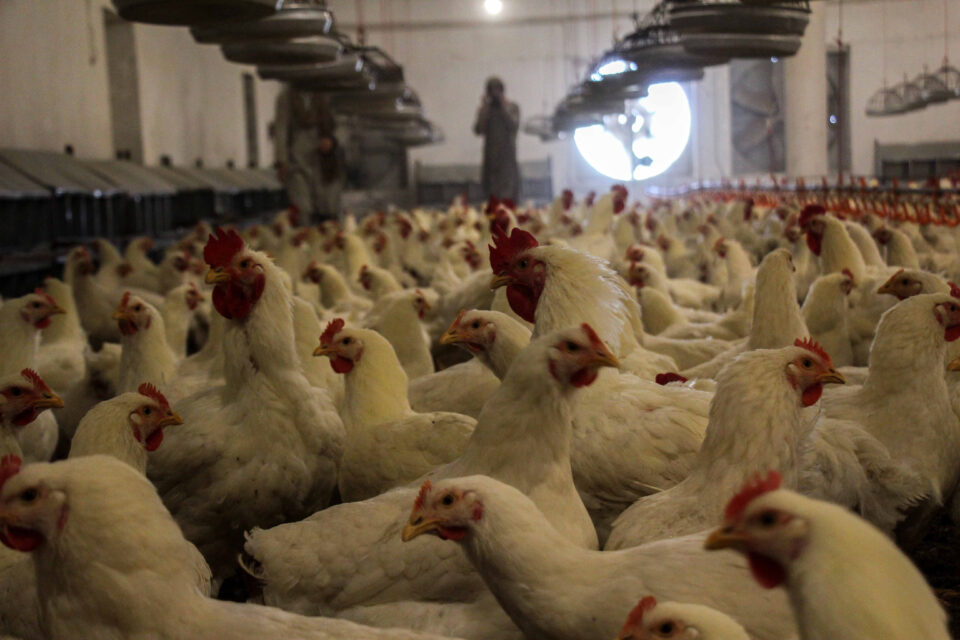 Poultry infected with avian flu came in contact with wild birds in the Paralimni lake, the deputy director of the veterinary services Yiannos Ioannou said on Wednesday, as the health ministry met with authorities to discuss the spread of virus, following cases found at two farms over the weekend.

The veterinary services decided that around 1,000 birds would need to be culled to stop the spread of the infection, which rarely affects humans.

The services, the agriculture ministry and the health ministry met earlier in the day to discuss how the issue would be dealt with.

According to information close to the health ministry, the veterinary services would be conducting tests on wild birds in the lake area, to see to what extent the disease is spreading and to take the appropriate measures.

Commenting on how the wild birds came in contact with the farmed birds, Ioannou said that it seems the birds were not in a closed-in area, but there was only perimeter fencing. Thus, the endemic birds that were in the Paralimni lake were at some point in the properties where the cases were detected, and it seems that they transmitted the disease to them.

The infected birds have been sectioned off, and the farms where they were found have also been placed in quarantine.

Commenting on the owners of the farms, the health ministry said that they had also been quarantined to not transmit the disease.

Ioannou later said that once the culling is done, the farms will conduct disinfection.

Speaking after the meeting, Health Minister Michalis Hadjipantelas said that if there are more cases, than they will take further measures.

“There will be surveillance of the two units by the agriculture ministry and the health ministry, and we believe that there will not be any problem. If there are more cases, we will inform you, and we will take additional measures,” he said.

The minister said that during the meeting it was decided to inform the public by issuing a press release that will give several instructions to both the public and the hunters, who come into contact with several birds in the wild.

Regarding the cases that are in self-isolation, he said that these are being monitored by the ministry.

He explained that the transmission came from birds that may have come to Cyprus from other countries.

“The good thing about these two cases is that they are non-livestock farm properties, but instead two individual private properties, and there will be no transmission to humans,” he said.

He said that the disease is not so easily transmitted to humans.

“That doesn’t mean we shouldn’t do anything. We must take all the measures and implement all the protocols that exist in the ministry of health and the ministry of agriculture,” he added.

He said that the culling of the birds has already begun, noting that this must be done carefully so as not to cause panic in the birds and move them to other premises.

The permanent secretary of the agriculture ministry, Andreas Gregoriou said that they want to ensure that all the necessary measures foreseen by the specific action plan-protocol are taken in a way to limit the spread of the virus.

“All the production units have been informed and these birds have been limited to the two locations in the district of Famagusta, a relevant announcement has been issued,” he said.

On Monday, a state specialist on the disease said that people do not need to worry about catching bird flu as doing so is extremely rare.

It is rare for humans to become infected with avian flu or to infect each other with it, and most people don’t need to worry about getting sick from this particular virus, Linos Hadjihannas said, speaking to CyBC radio.

No cases in humans of avian flu have ever been reported in Cyprus, Hadjihannas added.