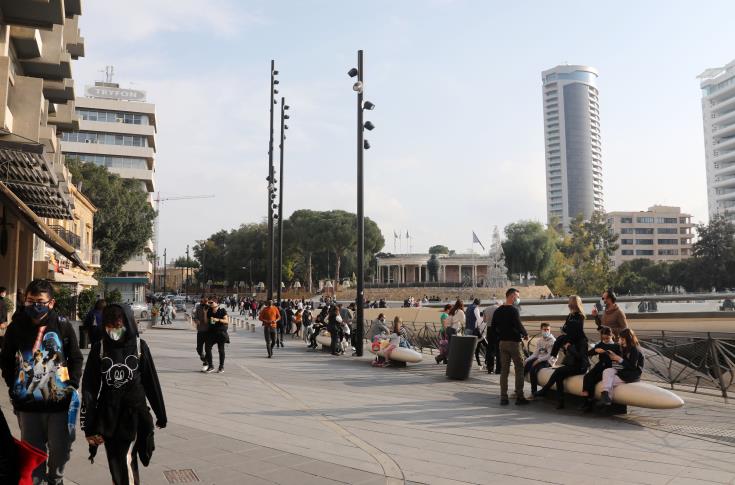 The Producer Price Index in Industry in Cyprus for the month of October 2022 reached 141.9 points (base 2015=100), marking an increase of 0.2 per cent compared to September 2022, according to a report released on Wednesday by the Cyprus Statistical Service (Cystat).

In addition, there was an increase of 26.3 per cent when compared to the same month of the previous year.

According to the report, for the period between January and October 2022, the index recorded an increase of 23.4 per cent compared to the corresponding period of 2021.

In October 2022, compared to September 2022, the index remained stable in the electricity supply sector, while it recorded an increase in the manufacturing sectors, rising by 0.4 per cent.

The mining and quarrying sector also experienced an increase of 0.3 per cent, while the water supply and material recovery sector contracted by 1 per cent.

In terms of changes compared to the corresponding month of the previous year, increases were observed across all sectors.

The electricity supply sector rose by 75.6 per cent, mining and quarrying by 13.6 per cent, and the manufacturing sector by 13.2 per cent, while the water supply and material recovery sector increased by 8 per cent.

By manufacturing sector, in October 2022 compared to the corresponding month of the previous year, increases were recorded in all economic activities, with the most significant being in the production of other non-metallic mineral products, which rose by 21.6 per cent, as well as in the production of basic metals and manufacturing of metallic products, which increased by 15.6 per cent.

Finance Minister Constantinos Petrides this week said that Cyprus is dealing with the economic crisis with specific investment policies and programmes, helping to generate growth of 6 per cent, and increasing its fiscal reserve in order to continue providing support to the most vulnerable groups of the population.

In statements on the sidelines of an event on the challenges and opportunities prevalent in the Cypriot economy, which was held at the Radisson Blu hotel in Larnaca on Tuesday, Petrides said that “the reasons for organising these forums are very important and it is because there is an understanding from the business sector about how important the economy is, especially in the new era we have entered, a new era defined by specific difficulties and by phenomena that we have not seen before in the recent past”.

Moreover, Petrides said that “we are living and experiencing inflation that we have not seen or experienced for 30-40 years”, noting that “we have entered an era of expensive money, we are experiencing continuous crises”.

“Therefore, sound financial management plays a decisive role in both how our incomes are shaped, but also in terms of if we will remain and employed and if so what kind of job we will have,” he added.

Petrides also stressed that this period is especially crucial, with the coming general election being seen as a pivotal event that can shape what is to come for Cyprus.

“We have seen wrong choices being in the past, which changed the course of entire countries, whether it is in Greece, England or anywhere else,” Petrides said, noting that “the economy is not a given”.

The general Cyprus Stock Market Index was at 87.86 points at 12:48 during the day, reflecting a rise of 0.65 per cent over the previous day of trading.

In terms of the sub-indexes, the main, investment firm and hotel indexes rose by 1.06 per cent, 2.48 per cent and 0.27 per cent respectively.

Meanwhile, the alternative index experienced a decline of 0.18 per cent.

The biggest investment interest was attracted by the Bank of Cyprus (+0.55 per cent), Vassiliko Cement Works (no change), Hellenic Bank (+2.01 per cent), Demetra Holdings (+2.67 per cent), and the Cyprus Cement Company (no change).